UKRAINE LAUNCHES OWN SATELLITE FOR FIRST TIME IN 10 YEARS 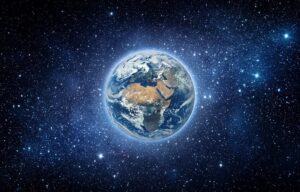 President of Ukraine Volodymyr Zelensky watched online the launch of the Ukrainian Sich-2-30 satellite into orbit, which took place from the launch site at Cape Canaveral in Florida (U.S.), the press service of the head of state reported.
“I believe that this is the beginning of a new phase of the space program of our state. Thanks to the Ukrainian satellite Sich-2-30, we will receive information not only from our partners, but also our own. This is very important,” the President said.
Together with Volodymyr Zelensky, the launch was observed by Head of the Office of the President Andriy Yermak, Secretary of the National Security and Defense Council Oleksiy Danilov, First Vice President of the National Academy of Sciences of Ukraine Volodymyr Horbulin, Head of the National Space Control and Testing Center Volodymyr Prysiazhny.
This spacecraft is a modified version of the Sich-2 satellite. It was delivered into Earth orbit by a SpaceX Falcon 9 launch vehicle. The last launch of a Ukrainian satellite took place more than ten years ago.
Chief designer and head of the design bureau of spacecraft, measurement systems and telecommunications at Yuzhne Design Bureau Kostiantyn Bilousov said that Sich-2-30 will provide Ukraine with access to information that it has not had for the past ten years.
According to him, the satellite is designed to receive digital images of the surface of our planet, which can be used in land use, agriculture and forestry, cartography, to control water resources and monitor emergencies and natural disasters in the field of security and defense when illegal activities are detected.
The Ukrainian satellite is also designed to monitor the main parameters of neutral and charged particles of the Earth’s ionosphere and measure the dose of accumulative radiation from cosmic radiation.
After launch, the satellite will be involved in the European Union’s Copernicus Earth Observation Program.
Head of the State Space Agency of Ukraine Volodymyr Taftai said that a lot of work had been done to fulfill Zelensky’s assignment regarding the launch of this satellite.
“We have not launched our satellites for more than eleven years. And this is actually a new era in the launch of Ukrainian-made satellites. I really hope that this is the first of eight satellites that will be manufactured as part of a strategic program that is awaiting approval by the Verkhovna Rada of Ukraine,” he said.
The spacecraft was developed and manufactured by SE Yangel Yuzhnoye (Pivdenne) Design Bureau together with the Ukrainian enterprises “Khartron-Arkos LTD” (Kharkiv), “NPP “Khartron-Yukom” (Zaporizhia), “Protection and automation of objects NIIRV” (Kharkiv), CB “Arsenal” (Kyiv), State Research Enterprise “Konex” (Lviv), Lviv Center of the Space Research Institute of the National Academy of Sciences of Ukraine, SE “Kyivprylad”. 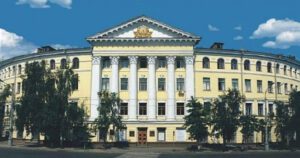 National University Kyiv-Mohyla Academy (NaUKMA) together with Bureau of Investment Programs (BIP) NGO are planning to create a technology park in an educational building located at 2/4, Glazunov Street for UAH 50 million with the participation of an investor. “According to our preliminary estimates, about UAH 50 million of investment is required to restore the building and infrastructure for a modern technology park. After restoration, the territory can accommodate about 40 resident companies and coworking spaces for students,” Director of BIP Oleksandr Bondarenko said.
The project will allow the university to earn money, as well as employ students, create IT products, and entrepreneurs will be able to gain access to a scientific base and innovative products and services.
The return on investment in such a project is seven of eight years due to rental payments from residents and additional services provided by the technology park’s management team, Bondarenko said.
To create a technology park, it is planned to use the educational building located at 2/4, Glazunov Street with an area of 1,700 square meters. However, alternative premises are also being considered.
The project participants signed a partnership memorandum for the development of the technology park.
“Next steps are project evaluation, concept development, and search for investors,” NaUKMA said in the press release.
The Bureau of Investment Programs (BIP) is a non-governmental organization that unites public partnerships and private investors for the construction of infrastructure facilities, attracting investment and creating a safe environment for investors in the Ukrainian market. 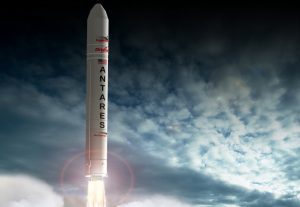 The Ukrainian-U.S. Antares launcher rocketed into orbit, deploying a ship carrying cargo to the International Space Station (ISS), the press service of the State Space Agency of Ukraine has reported.

“The launch vehicle rocketed into orbit the Cygnus supply ship, carrying about 3,629 kg of NASA payload to the International Space Station – packaging for the crew, materials for scientific research, equipment for the station and spacewalk, computers and components, CubeSats,” the agency said last week.

The launcher took off from the Mid-Atlantic Regional Spaceport at Wallops Island, Virginia, the United States at 19:36 Kyiv time on February 20 and it is the first launch of the Antares LV in 2021.

The preparation of launch vehicle Antares, its tests and start-up were carried out by specialists of SOE Design Bureau Pivdenne (Yuzhnoye), SOE Pivdenmash (Yuzhmash) and Hartron-Arkos scientific-production association. From the territory of Design Bureau Pivdenne, the launch support was provided in real time, telemetric information was processed.

According to the space agency, the Antares launch vehicle consists of two stages and the Cygnus supply ship (third stage). The main design of the first stage was developed by SOE Design Bureau Pivdenne and manufactured by SOE Pivdenmash in cooperation with the Ukrainian enterprises Khartron-Arkos (Kharkiv), Kyivprylad (Kyiv), Hartron-UCOM (Zaporizhia), CHEZARA (Chernihiv Plant of radio equipment), RAPID (Cherhiniv-based sensor enterprise), etc. The main designer of the launch vehicle is U.S. Northrop Grumman.

“I hope that soon the Ukrainian cooperation of enterprises will produce a fully domestic product – a medium-class launch vehicle, which will become the flagship of our rocket industry for the coming years,” acting head of the agency Mykhailo Lev said. 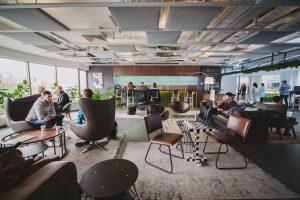 Alfa-Bank (Kyiv) on December 18 opened the AHUB co-working space with a conference room for educational and business events, meeting rooms and multimedia spaces in the center of Lviv, according to the website of the financial institution.
“AHUB is a space for work and meetings of Alfa-Bank clients. This is a place that can replace an office or a meeting room for someone … We immediately announce the opening of AHUB in Kyiv next year,” the executive director of Alfa-Bank, Olha Fylypenko, said.
According to the press service of the bank, AHUB covers an area of 326 square meters and is located in a building rented by Alfa-Bank on Rynok Square, which also houses a bank branch.
It is indicated that in addition to access to the business space, AHUB offers an educational program, in particular thematic offline and online events with the possibility of remote access to them.
In addition, the AHUB has a relax room, a stress room and a bar, the report says.

UKRAINIAN-U.S. ALPHA LAUNCH VEHICLE TO BE LAUNCHED INTO SPACE IN DECEMBER 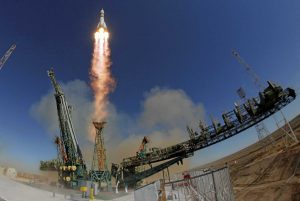 The light Alpha launch vehicle (LV) will be launched from Vandenberg Air Force Base (VAFB) in California as early as December 22, 2020, the press service of Firefly Aerospace Inc., a provider of launch vehicles, spacecraft and in-space services, has said, referring to co-owner Ukrainian businessman Max Polyakov and Firefly Aerospace CEO Tom Markusic, who was cited in an interview on Friday by CNBC TV.
Firefly is finishing up work to prepare the launchpad at SLC-2.
While “everything is susceptible to surprises,” with room in the schedule to launch as late as January 31, Markusic said the “full gamut of rules” at Vandenberg means the company has put extra work into certification for Alpha’s first launch.
“Our design has been highly vetted, as we have a lot of requirements that are put on us by the range and that makes the rocket ultimately more reliable,” he said.
He said that it is very reasonable for Firefly Aerospace to expect complete success on the first launch.
Standing at 95 feet tall, Firefly’s Alpha rocket is designed to launch as much as 1,000 kilograms of payload to low Earth orbit – at a price of $15 million per launch.
Firefly Aerospace was restarted in 2017 by Ukrainian Polyakov, including it in Noosphere Ventures.
Only a handful of tests remain until Alpha’s first launch. Firefly conducted a final engine test with the rocket’s first stage two weeks ago, with a second stage engine test up next. Then Firefly will conduct the “activation of the launch site.” The next big milestone will be the static fire of the entire vehicle at the launch site.
Firefly expects to launch at least three times in 2021.
In addition to the Alpha and Beta rockets, Firefly Aerospace is working on Orbital Transfer Vehicle (OTV) known as a space tug to deliver satellites from a rocket to a specific orbit, and a lunar lander called Genesis for NASA. 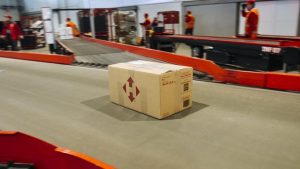