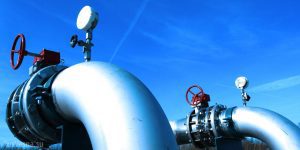 PJSC Donbasenergo plans to increase the consumption of Ukrainian coal at Sloviansk thermal power plant (TPP) from 55% to 70%, Donbasenergo Board Chairman, CEO Eduard Bondarenko has said.
“To date, we use 55% of grade G domestic coal at Sloviansk TPP, the rest is imported anthracite. However, we are working to increase the burning of Ukrainian coal at Sloviansk TPP to 70%,” he told Interfax-Ukraine.
According to the CEO of Donbasenergo, the company has been actively working over the past few years to reduce the dependence of Sloviansk TPP on imported anthracite, but cannot switch to grade G domestic coal completely due to the design specifics of the plant.
“There is a separate dust factory on the territory of Sloviansk TPP, which delivers coal dust to the boilers through pipes. At other plants, coal dust is produced directly under the boilers, and here it is almost one kilometer of distance. The gas group of coal is unsafe and it is hard to completely switch to grade G. This requires a long closure of the plant and a very large investment that will never recover the costs. This is confirmed by all design institutes, both national and foreign, which we turned to for examination,” Bondarenko said.
In addition, the project for the construction of a new sixth unit at Sloviansk TPP is based on the circulating fluidized layer technology, which will allow the burning of low-grade and low-calorie grade G coal, as well as waste coal without natural gas.
“This coal is available to us in the territory of Donbas controlled by Ukraine,” the CEO of Donbasenergo said.
According to him, in the case of obtaining a government guarantee and involving financing from the Bank of China, the construction of the sixth power unit with a total capacity of 600 MW will take 48 months. The commissioning of power unit No. 6 A is planned in 43 months, and power unit No. 6 B in another five months.
Donbasenergo owns Starobesheve (located in the occupied territory) and Sloviansk TPPs with the total installed capacity of 2,880 MW, in particular the capacity of Sloviansk TPP is 880 MW. At the end of March 2017, the generation company announced the loss of control over Starobesheve TPP, as well as part of structural units located in the temporarily government uncontrolled territory.
PJSC Energoinvest Holding owns 60.86% of the shares of Donbasenergo, another 25% of the shares of the generating company are owned by the state. Currently, Maksym Efimov is the head of the company. 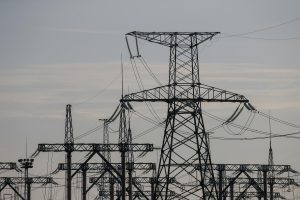 President of Ukraine Volodymyr Zelensky has set a task to Energy and Environment Protection Minister Oleksiy Orzhel to reduce coal and electricity imports.
“What kind of import can we talk about when the countries from which we import do not allow us to enter their markets?” the president said at the meeting of the workers of coal industry in Kyiv on Tuesday.
He said that import is possible exclusively regarding definite brands of coal, which are not extracted inside the country.
“Therefore, our coal, our miners, our electricity comes first,” Zelensky said, adding that there is no place for coal imports in the Ukrainian coal industry.

UKRAINE REDUCES IMPORT OF COAL AND ANTHRACITE IN 2019 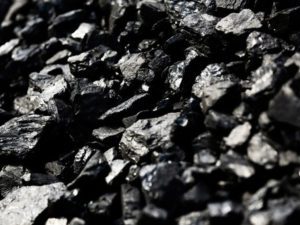 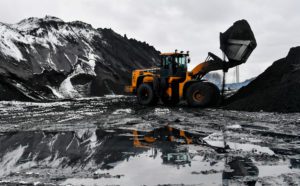 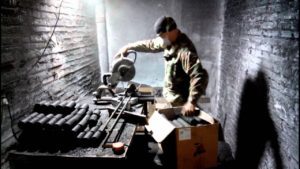 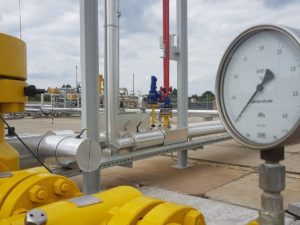 Ukraine has accumulated significant reserves of natural gas in its underground gas storage facilities and coal in the warehouses of thermal power plants, which will allow passing this winter even in case of interruption in gas transit from January 1, 2020, Minister of Energy and Environment Protection of Ukraine Oleksiy Orzhel has said.
“This means that Ukraine this winter, even without transit, will not be cold,” he said on the air of ICTV Channel.
According to him, traditionally the greatest risks may arise in February-March, when stocks in underground gas storages become smaller. At the same time, stress tests conducted by the GTS operator indicate that even on the peak days of maximum consumption, the country will be able to satisfy the gas demand of Ukrainian consumers.
Orzhel also said that the government is developing mechanisms to prevent a sharp increase in gas prices in winter for consumers in the country.
As reported, as of November 16, 2019 Ukraine has 21.530 billion cubic meters in underground gas storage facilities, which exceeds the November 16, 2018 reserves by 27.1%, those on November 16, 2017 by 29.3%, and November 16, 2016 by 52.5%.
Coal reserves in the warehouses of thermal power plants of energy generating companies of Ukraine amount to 2.243 million tonnes, which is 33.6% more than last year’s reserves.