GRAIN CORPORATION TO EXPORT 1 MLN TONNES OF GRAIN TO CHINA 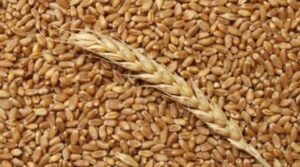 Representatives of the State Food and Grain Corporation of Ukraine, the China National Complete Engineering Corporation (CCEC) and the Ministry of Economy of Ukraine during a meeting on August 9 reached an agreement on the export of one million tonnes of grain to China by the end of this year, the state corporation wrote on Facebook.
“We plan to carry out purchases at our own elevators and use our own logistics and port facilities in order to make our partners the most profitable price offer,” the company quotes the acting chairman of the board of the State Food and Grain Corporation of Ukraine, Andriy Vlasenko.
The corporation also cites data from CCEC President Yang Jing, who noted that the Chinese side is interested in developing cooperation, strives to fulfill the conditions of the existing contract for the 2021/2022 marketing year (MG, July-June) and is waiting for proposals from the Ukrainian side.
In turn, the Ministry of Economy proposed to hold weekly negotiations on the supply of grain between the Grain Corporation and CCEC.
As reported, in June 2021, the Grain Corporation discussed with CCEC representatives a possible delivery in the 2021/2022 MY of 2 million tonnes of early grain and 3 million tonnes of corn. The corporation clarified that it has completed a complex of preparatory work at the port facilities in Odesa and Mykolaiv, and also, at the request of the Chinese side, reached agreements with partners on the possibility of transshipment of an additional one million tonnes of grain at Chornomorsk seaport (Odesa region). 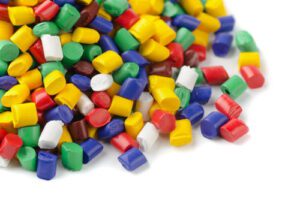 The plant for the production of thermoplastic granules (TPE-granules) and compounds, a new member of the Alef corporation of businessman Vadym Ermolaev, has been put into operation in Dnipro, according to the corporation’s Facebook page.
“The new Allcomp plant is a leading manufacturer of thermoplastic granules used in various fields of activity: construction, medicine, pharmaceuticals, automobiles,” the corporation said.
According to the corporation, the Allcomp plant is the first company using innovative equipment from German and Turkish manufacturers, which has no analogues in Ukraine. The quality of raw materials and finished products is controlled in the company’s own laboratory.
As reported, Alef Corporation unites 10 diversified businesses operating in the segment of development, production of medical devices, building materials and seamless pipes, and the agricultural sector.
The corporation’s businesses export their goods to more than 20 countries. 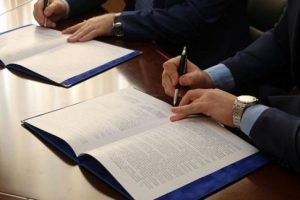 DCH Group of Oleksandr Yaroslavsky and ZTE Corporation, a large Chinese telecommunications equipment manufacturer, have signed a memorandum of cooperation under the Ecopolis KhTZ project, the DCH press service has said.
The document was signed on behalf of DCH by the managing company of the Ecopolis KhTZ business park, and on behalf of ZTE – the Ukrainian division of ZTE Ukraine Corporation. The ceremony was held in a video conference format due to quarantine restrictions in Ukraine.
According to the report, ZTE became the first Ecopolis KhTZ business resident in the industrial park (industrial cluster) and the technology park (IT and R&D clusters). The promising areas of cooperation are the creation of a ZTE office, an R&D center, and a production site in the territory of Ecopolis KhTZ.
“You are the first in the development of the Ecopolis KhTZ technology cluster. I hope other Chinese companies will follow you, such as, for example, Alibaba Group,” DCH said.
In turn, the vice president of ZTE Corporation emphasized the compliance of the Ecopolis KhTZ project with his company’s strategic priorities, and the CEO of ZTE Ukraine said that ZTE is ready to offer its expertise for the implementation of Smart City digital transformation projects in Kharkiv.
Kharkiv Mayor Hennadiy Kernes, who was present at the signing ceremony, noted that the city will fully assist in the implementation of the initiative of DCH Group. 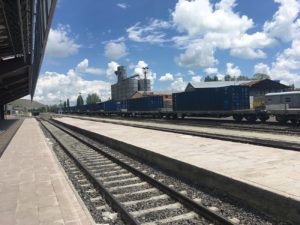 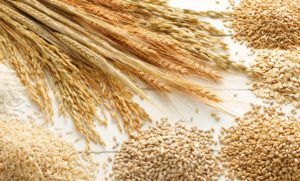 PJSC State Food and Grain Corporation of Ukraine in January-October 2019 exported 2.34 million tonnes of grain and sold 160,040 tonnes of flour and bran.
According to a report on its website, during the reporting period it shipped 751,200 tonnes of grain to the main partner, China’s National Corporation CCEC.
Corn ranked first in the commodity structure of grain exports by the corporation, its share in the total volume continued to grow in the reporting period, and reached 67%.
The main buyers of the corporation’s products were Austria, France, Portugal, the Netherlands, Italy, Egypt, Algeria, Tunisia, Bangladesh, China, and Venezuela. Deliveries to third countries are carried out through CCEC.
State Food and Grain Corporation of Ukraine was created by the government of Ukraine in August 2010. It includes an extensive network of branches: linear and port elevators, mills, feed mills and cereal plants. A total of 53 subdivisions can store 3.7 million tonnes of grain, including about 2.5 million tonnes per year of total capacity for transshipment of grains for exports in Odesa and Mykolaiv ports. 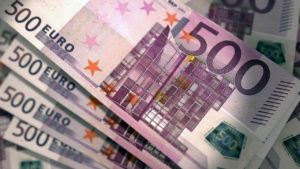 Nordic Environment Finance Corporation (NEFCO) since 2010 has implemented 243 municipal and private energy efficiency projects in Ukraine, and the total investment has reached EUR 226 million.
According to NEFCO Managing Director Trond Moe, in particular, 179 projects worth EUR 119 million were implemented in the municipal sector and 58 projects worth EUR 89 million in the private sector. In addition, six more projects were implemented with financial institutions for a total of EUR 18 million.
Moe said at a meeting with reporters on Thursday in Kyiv that the largest NEFCO office after its head office in Helsinki is located in the Ukrainian capital.
Ukraine is now the most important country for NEFCO. But in general, the corporation worked on projects in 80 countries, completing more than 1,300 projects. Last year, NEFCO implemented 124 new projects, most of them in Ukraine, he said.
All these projects, according to Moe, contribute to Ukraine achieving an increase in the share of renewable energy of integrated consumption, while reducing CO2 emissions.
By providing financing and sharing risks, NEFCO makes it possible for Northern European companies to invest in Ukraine and at the same time support Ukraine in the transition to clean and sustainable energy, the NEFCO managing director said.
The company plans to continue close cooperation with Ukraine regarding the implementation of energy efficiency projects and the reduction of CO2 emissions.