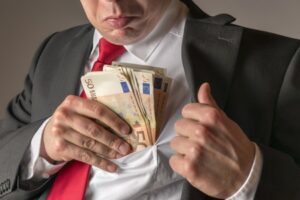 About 90% of respondents consider corruption one of the main problems of Ukraine, according to a survey by the State Bureau of Investigation on the attitude of Ukrainians to corruption, published in the Telegram channel of the department.
“Some 85-90% of all respondents agreed that corruption is one of the main problems of Ukraine. Although 51% of respondents in the Telegram channel said that at least once in their lives they gave a bribe, and on Twitter this figure is as much as 71.6%,” the department reported.
At the same time, the SBI reminded that the bribe-taker is not only the one who takes the money, but also the one who gives it, without exceptions or excuses.
It is also noted that 10-15% of respondents do not know what an “illegal benefit” is. The department explained that the illicit benefit is cash or other property, benefits, services, intangible assets, any other intangible or non-monetary benefits that are promised, offered, provided or received without legal grounds.
The SBI also called on Ukrainians to apply to the department for extortion of bribes. 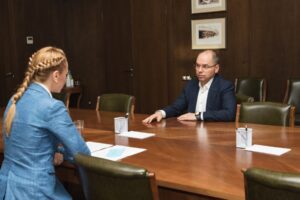 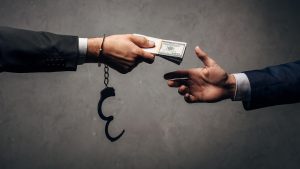 Ukraine needs more transparency and an improved business climate to move towards membership in European and Euro-Atlantic institutions, U.S. Charge d’Affaires in Ukraine Kristina Kvien has said.
“To help Ukraine move towards membership in European and Euro-Atlantic institutions, Ukraine needs more transparency, less corruption, and a better business environment. Ukraine’s commitments under IMF, World Bank and EU financial assistance programs provide valuable roadmaps to follow. Changes in these areas will help Ukraine become the modern, Western country the Ukrainian people aspire to,” Kvien said in an exclusive interview with Interfax-Ukraine.
When asked what the expectations of the United States from Ukraine in terms of reforms are, she pointed out that in fact such a wording is not appropriate, since the United States is working with Ukraine to help it build an economy for its own needs, so that it works for the benefit of the Ukrainian people and could realize their own aspirations.
“This is a win-win situation. Because a prosperous, secure, peaceful and democratic Ukraine will strengthen Europe and be a strong U. S. partner,” Kvien stressed.
At the same time, the U.S. Charge d’Affaires noted that one of the achievements is the land reform, which is expected to be implemented this summer, creating for the first time a land market that will help unleash Ukraine’s huge agricultural potential.
“Parliament is also looking at a draft law right now that will ensure transparency in the future land market and provide financial assistance to Ukrainian farmers. That would be a important achievement on top of what has already been done in land reform,” she said.
Kvien noted that decentralization is another key reform, as local governments, for the first time, have been given the authority to allocate budgets in line with local priorities.
“Decentralization is another key reform—because for the first time local governments have the power to allocate budgets in line with local priorities. And a success that is on the way, it seems, is passage of a package of privatization bills. If it passes, it will lead to a more transparent and fair privatization process for state-owned firms, which could create a wave of foreign investment, help modernize these firms, and employ thousands of Ukrainians. These are all important achievements on the economic front,” she said. 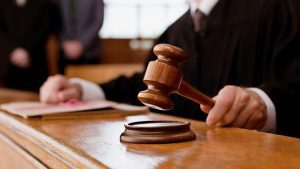 German investors believe that the main problem in Ukraine is not corruption, but the work of the judicial branch of power, German Ambassador to Ukraine Anka Feldhusen has said.
“What German investors really need is the same rules for everyone. What always scares our investors is bad examples when even large German companies in Ukraine are under pressure from law enforcement agencies, like the State Security Service of Ukraine (SBU). The reason for this is not clear to us. Companies just want to work quietly in Ukraine, to give jobs and make a profit. This is closely related to the judicial reform. Our investors tell me that corruption is no longer such a big problem,” the ambassador said in an exclusive interview with Interfax-Ukraine.
According to her, in order to attract German small and medium-sized businesses to Ukraine, they need to be given good examples that they can invest in Ukraine and be calm.
“When I used to work in Ukraine, there was always the issue of VAT refund, now it is not. Now the problem is the possibility that competitors go to court for completely incomprehensible reasons, and for large German companies it is still possible, because they have lawyers, money and time. Very often they win lawsuits, but it lasts a long time. The German economy is a medium and small business, and in order to attract them to Ukraine, they need to give them good examples that they can invest in Ukraine and be calm,” Feldhusen said.
At the same time, the ambassador said that a German pharmaceutical company recently bought the Biopharma plant in Bila Tserkva, Kyiv region. “This is a good example, because it did not happen in Kyiv, not in Kharkiv, not in Dnipro. This is a small city and it will be good for people,” she said.
“Another example is the Kostal company, which produces automotive electronics. They are already working in Pereyaslav-Khmelnytsky, and now they are opening a plant near Boryspil (both cities are located in Kyiv region). In this case, the question was about connecting the plant to the infrastructure. It is not at all clear why it was so difficult. They solved it with the help of the Ukrainian government. There will be a new plant and many new jobs,” the ambassador said.
Feldhusen said that German business has a desire to invest in Ukraine, only more good examples are lacking. 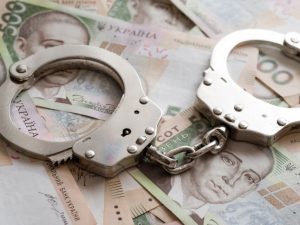 The main priorities for the Ukrainian government are establishment of the rule of law and combating corruption, Head of the EU Delegation to Ukraine Matti Maasikas said. During a “Reform Forum: On the Way to Vilnius”, he said many challenges are ahead, but the rule of law, its establishment and combating corruption will remain priority ones.
The diplomat stressed that after lustration of the bank sector further efforts to restore confidence in the financial sector are needed.
“Many reforms are still ongoing. Land reform, labor market reform, education reform. If implemented, they will make Ukraine a much more efficient country,” he said.
Among the achievements of the reforms in Ukraine, Maasikas mentioned that the macroeconomic situation has stabilized, the banking sector has been largely purified, the Naftogaz Ukrainy has been unbundled, and the government is improving access to various services for citizens.
The EU Ambassador stated that the EU was ready to support the government and people of Ukraine, and is ready to accompany the process of implementation of the Association Agreement and the agreement on the Deep and Comprehensive Free Trade Area between Ukraine and the EU.

PRESIDENT OF UKRAINE INSTRUCTS TO ERADICATE CORRUPTION IN ARCHITECTURE AND CONSTRUCTION 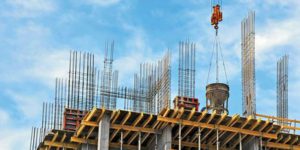 President of Ukraine Volodymyr Zelensky has instructed to eradicate total corruption in the field of state architectural and construction control and urban planning by the end of 2019, a president’s press service reported. Zelensky set the appropriate task to Minister of Development of Communities and Territories Olena Babak during a meeting with the leadership of the Verkhovna Rada and the Cabinet of Ministers in the President’s Office.
The head of state noted the need to switch rendering of the administrative services in construction to an electronic format and introduce automatic registration in the register of approval documents.
As the President’s Office reported, Zelensky commissioned Minister of Justice of Ukraine Denys Maliuska to change the software of real estate and business registers to stop unauthorized access. Besides, by the end of June 2020, Maliuska must ensure the formation of the legislative framework for the operation of an electronic notarial system.