Terra Food, one of the largest dairy producers in Ukraine, since the beginning of 2019 first shipped dairy products to Gabon, Iran, Bulgaria, Macedonia, and Palestine.
According to a report on the company’s website, the number of countries to which the company exported dairy products exceeds 60.
“Opening new markets is an important task in the company’s export activities, but the most important thing is to further develop the distribution of the brand in the export market, build long-term relations with business partners, and this is the strategic task of the export department of Terra Food,” the report says.
The group noted that the export development strategy envisages the opening of new markets, as well as the development of the range and increasing the volume of products in the major markets. 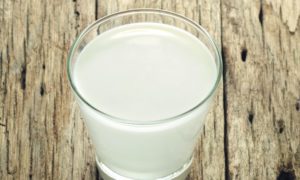 PrJSC Ternopil Dairy Plant (the Molokiya brand) in 2018 received UAH 42.9 million of net profit, which almost corresponds to the result for 2017.
According to the company’s annual report, the net income for 2018 amounted to UAH 1.8 billion (18% up), gross profit to UAH 416.4 million (41% more). Current liabilities of the company rose to UAH 160.55 million (32% more), long-term liabilities to UAH 175.9 million (7% more).
According to the report, in 2018 the company produced 56,000 tonnes of dairy goods, including 25,400 tonnes of milk, 11,100 tonnes of kefir, 6,600 tonnes of sour cream, 5,300 tonnes of yogurt and 3,100 tonnes of butter, as well as 2,000 tonnes of cheese and casein.
The company last year invested UAH 25.8 million in non-current assets, of which UAH 23 million is investment in equipment.
According to the company’s website, the owner of the controlling stake in the plant is businessman Vitaliy Kovalchuk, who directly and through affiliates owns 51.2%.
PrJSC Ternopil Dairy Plant was founded in 2000. It produces goods under the brand Molokiya, exports butter to Saudi Arabia, Morocco, Georgia, Turkey, and Kuwait. 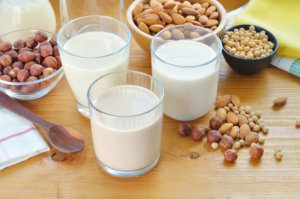 Loostdorf LLC (Vinnytsia region), a large dairy producer, is bringing vegan milk under the Ideal Nemoloko brand to the Ukrainian market.
“The large Ukrainian dairy business has turned to the world-wide topic of nondairy milk products. Loostdorf launches buckwheat and oatmeal “Ideal Nemoloko,” Senior Analyst at the Infagro analytical agency Maksym Fasteyev wrote on his Facebook page.
According to him, the global dairy community advocates that dairy alternatives (vegetable) be called “drink” and not “milk” (for example, “soy drink”).
Loostdorf acted delicately. “Milk” is present on the label, but there is also a direct indication that it is “not milk,” Fasteyev said.
Loostdorf LLC was founded in February 1997. The company’s facilities can process around 350 tonnes of milk a day.
The company exports dairy products to Moldova, Georgia, Azerbaijan, Belarus and other countries.