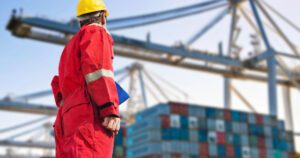 Ukrainian producers since the beginning of the year have received the right to export agricultural products to 11 countries, while for the whole of 2020 Ukraine opened 12 export markets, the State Service on Food Safety and Consumer Protection said on its website.
According to its data, since the beginning of 2021, the markets of Lebanon, Japan, Argentina, Libya and Kuwait opened for Ukrainian producers of milk and dairy products, Serbia for processed animal protein, Ethiopia for table eggs. Lithuania opened a market for the export of arachnids for plant protection needs, a health certificate for the import of live snails for breeding was agreed with Slovakia, and certificates for the export of small ruminants were agreed with Jordan and Kuwait.
The service also announced two audits: an assessment of official control over the production and certification of milk and dairy products and an audit of the state control system for microbiological contamination of non-animal products exported to the EU.
The ministry recalled the coordination of 63 forms of certificates for the export of animal products to the CIS countries in connection with Ukraine’s withdrawal from the previously signed agreement on cooperation in the field of veterinary medicine.
The state consumer service clarified that this year it also has signed an agreement with the Republic of North Macedonia on cooperation in the field of plant quarantine and protection, which should become an additional lever to enhance trade in plant products between Ukraine and North Macedonia.
“Each new market is a new opportunity for Ukrainian business. Today we are actively working with the EU countries, with very promising countries in Asia and Africa. There are about a hundred more export markets that are planned to be opened for Ukrainian producers,” head of the service Vladyslava Mahaletska said. 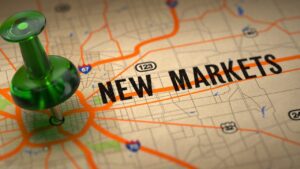 Over the past six months, eight new markets have been opened for Ukrainian exporters, 63 commodity items have been reconciled in 11 states and international economic organizations, the State Service on Food Safety and Consumer Protection has said in a press release on Friday. According to the State Food Service, in six months the markets of Japan, Libya, Argentina and Lebanon have opened for Ukrainian producers of milk and dairy products. Domestic producers were able to supply eggs to Ethiopia, animal protein to Serbia, and cattle to the UAE. The Lithuanian market is now open for the export of arachnids (insects used to protect crops).
“In addition, 63 commodity items in 11 states and international economic organizations have been reconciled. First of all, we are talking about the CIS countries, with which new trade rules are in force from April 13, 2021 due to the termination of the agreement on cooperation in the field of veterinary medicine, which was signed back in 1993. Also, due to changes in the terms of trade, documents were renegotiated with Singapore and South Korea,” the press service said.
The agency reported on the work on the audit of the European Commission in order to assess the official control over the production and certification of milk and dairy products intended for export to the European Union. Also, work was carried out for the EU to recognize the zoning of Ukraine for highly pathogenic poultry influenza, thanks to which the export of poultry products to the EU was resumed from March 20.
The state service also announced the continuation of work to open markets on all continents. The most promising for export are the EU countries, China, Singapore, India, Vietnam, South Africa and Indonesia.
“An important priority for us is to work on opening new markets for the export of Ukrainian products. After all, these are new jobs and income to the state budget from taxes,” Head of the service Vladyslava Mahaletska said.

Terra Food, one of the largest dairy producers in Ukraine, since the beginning of 2019 first shipped dairy products to Gabon, Iran, Bulgaria, Macedonia, and Palestine.
According to a report on the company’s website, the number of countries to which the company exported dairy products exceeds 60.
“Opening new markets is an important task in the company’s export activities, but the most important thing is to further develop the distribution of the brand in the export market, build long-term relations with business partners, and this is the strategic task of the export department of Terra Food,” the report says.
The group noted that the export development strategy envisages the opening of new markets, as well as the development of the range and increasing the volume of products in the major markets.