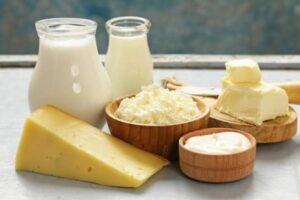 UKRAINE CAN EXPORT DAIRY PRODUCTS AND MILK TO KUWAIT 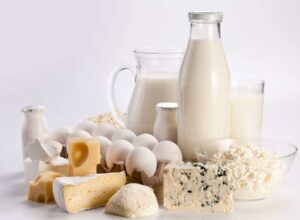 The Ministry of Foreign Affairs of Ukraine and the State Service for Food Safety and Consumer Protection have agreed with the competent authority of the State of Kuwait on the form of an export veterinary certificate for the supply of milk and dairy products to this country, the state food service said in a press release on Tuesday.
“The Gulf region, in particular Kuwait, is of interest to many Ukrainian food producers. I am pleased to announce that today we have created additional opportunities for them to earn money in this market thanks to the joint work of the Ministry of Foreign Affairs and the State Food Service. In the long term, this will also strengthen Ukraine’s position as a supplier of agricultural and food products to Kuwait,” Ukrainian Foreign Minister Dmytro Kuleba said.
The form of this certificate is posted on the website of the State Service for Food Safety and Consumer Protection.
“The work on opening new export markets is extremely important, since an increase in Ukrainian exports is a guarantee of the economic growth of our state,” Head of the service Vladyslava Mahaletska said. 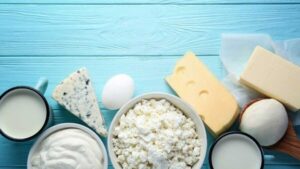 UKRAINE GETS PERMISSION TO EXPORT DAIRY PRODUCTS TO JAPAN 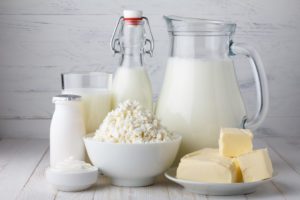 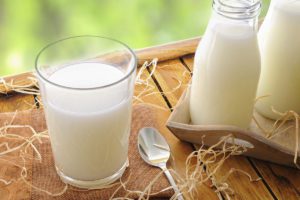 The Milk Alliance Group in January-June 2019 increased sales of dairy products by 8% year-over-year, to UAH 2.92 billion.
“In the first half of this year, the situation was worse than planned. In particular, we processed only about 180,000 tonnes of milk against 207,000 tonnes in the same period last year,” Chairman of Milk Alliance’s Supervisory Board Serhiy Vovchenko told Interfax -Ukraine in an interview.
In the first half of 2019, the Milk Alliance increased the production of processed cheese by 19%, to 1,300 tonnes; that of ultra-pasteurized cream by 28%, to 1,300 tonnes; fermented cheese by 11%, to 2,000 tonnes; sour cream by 5%, to 5,300 tonnes; baby food products by 4%, to 5,500 tonnes. The output of milk in different types of packaging remained at last year’s level 27,000 tonnes.
“The output of fermented milk products fell slightly (by 2% to 14,700 tonnes). The production of butter and dry cheese whey fell by 30%, because, firstly, international prices of these products became unprofitable for us, and secondly, we did not make cheese products for export in the same volumes as in previous periods,” Vovchenko said.
In total, the group increased sales of dairy products for the six months of 2019 by 8%, to UAH 2.923 billion.
“We plan to slightly change the structure of capacity utilization in the second half of the year in order to make up the lost income in the first six months of the year. Thus, we should receive revenue at the level of UAH 6.2 billion,” he said.
He pointed out that the share of export earnings in Milk Alliance’s total sales now stands at 25%, the domestic market accounts for 75%. 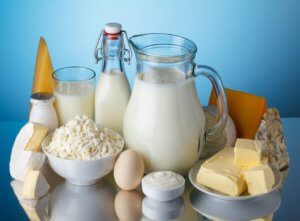 Ukraine in 2018 would enter the top ten world’s largest exporters of dairy products, First Deputy Agricultural Policy and Food Minister of Ukraine Maksym Martyniuk has said.
“Livestock breeding has begun to develop in our country. According to preliminary statistics, this year we will enter the world’s top ten exporters of dairy products. Our milking rates are growing. Animal productivity is growing, which is a good trend that needs to be supported next year,” he said at a solemn meeting devoted to the Day of Agricultural Workers in Kyiv on Thursday.
According to him, the ministry in 2019 will keep the system of state support for the agro-industrial complex and take into account the “mistakes made this year.”
“We will change the money delivery mechanisms so that as many entities working in the agrarian business as possible get these funds,” Martyniuk said.
“We are not satisfied with the way how the state support programs for the agro-industrial complex are being implemented today. We need to target this support better. I urge the associations, so that next year we can make better targeted support mechanisms to have more opportunities in the agro-industrial complex, since our the task is to do deep processing [of agricultural products] in Ukraine,” Prime Minister of Ukraine Volodymyr Groysman said at the event.
He recalled that Ukrainian agricultural products are exported to 190 countries, and the government intends to “open new markets.”