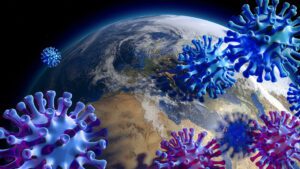 The Ministry of Health expects a third fewer deaths from COVID-19 at the peak of the Omicron wave compared to the peak of Delta, Health Minister Viktor Liashko said during an hour of questions to the government in the Verkhovna Rada.
He also predicts that at peak times, the number of COVID-19 cases per day can reach 40,000-60,000 people.
According to the minister, Ukraine will reach the peak load on COVID-19 in the coming weeks, while he stressed that the country’s medical system is able to withstand the load associated with an increase in the incidence.
“The medical system of Ukraine has withstood the load of 34,000 cases per day,” he stressed.
As reported, at the peak of the Delta wave in the first half of November, the average number of deaths per week reached 680 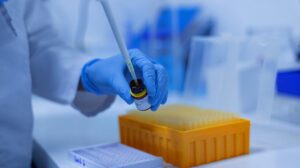 The Ministry of Foreign Affairs of Ukraine and the Ministry of Health of Ukraine have been instructed to prepare proposals on the advisability of installing additional controls and restrictions on migration between Ukraine and countries where the Delta coronavirus (COVID-19) strain is rapidly spreading.
According to the presidential press service, during a conference call at the President’s Office, its participants heard information from the National Academy of Sciences of Ukraine on the spread of COVID-19 Delta strain.
According to the National Academy of Sciences, “this strain of coronavirus is 1.6 times more infectious than the Alpha strain, some 2.26 times more likely to lead to hospitalization, and the risk of resuscitation in case of infection increases 1.45 times.”

DELTA STARTS CONSTRUCTION OF HEADQUARTERS OF ZEPPELIN IN UKRAINE 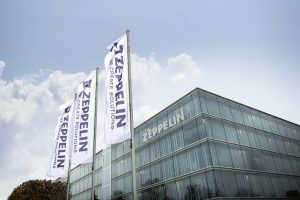 Delta Ukraine, part of the Austrian company Delta Holding, has begun construction of the headquarters of the German company Zeppelin in Vyshneve, Kyiv region.
According to the press service of Delta Ukraine, the facility will include an office part, a training center for its own mechanics and customers’ equipment operators, workshops for the repair of equipment and components, spare parts warehouses, areas for storage and demonstration of equipment and a customs-licensed warehouse.
“Work on the project began back in 2017. Then, through the joint efforts of Delta Ukraine and Delta Wels, a concept was developed and a budget was calculated in two months,” the company said.
Delta Ukraine is part of the Austrian company Delta Holding, founded in 1977 in Wels. It provides services for construction, design, construction management, general contracting, and green building certification. The company has subsidiaries in Austria, the Czech Republic, Slovakia and Ukraine.
Zeppelin GmbH is a German industrial concern, represented in 20 countries around the world in the field of dealership and production, the official exclusive dealer of U.S. Cat equipment in Ukraine.