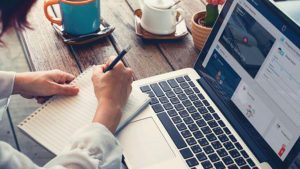 Interest rates on deposits in 2020 will continue to decline and may reach 10% in the hryvnia and 1.5% in U.S. dollars, bankers said at a roundtable of the Financial Club on Thursday, May 21. “The trend to reduce interest rates will be examined until the end of the year. Interest rates will decrease,” Board Chairman at Idea Bank Mykhailo Vlasenko said, specifying that the bank’s current interest rates at 12-14% may drop to 8-10%.In turn, Capital Markets Director at Alfa-Bank Tetiana Popovych expects interest rates not to fall below 10%.
“Rates will drop, but in the short and medium term, I still see two-digit rates,” she said.
According to Deputy Board Chairman of TAScombank Oleh Poliak, the financial institution maintains deposit rates in hryvnias at about 11%, and in U.S. dollars at 2%.
“The trend is going down, I think it will remain at the level of 10-11%, in U.S. dollars will be about 1.5-2%,” the expert said.
Chief of the retail business department at Globus Bank Dmytro Zamotayev said that the bank lowered rates last week and plans to continue to decline following the market.
“We want to see the average interest rate about 10%, the ceiling rate of 11% at the end of summer,” he said.
Zamotayev said that at the moment the ceiling passive rate of Globus Bank is 12.75%.
“The rate in hryvnias will be around 11% by the end of June, and if we talk about the currency, when we made the forecast, it will be about 1.5% in U.S. dollars,” deputy chairman of the board at Forward Bank Andriy Prusov said.
He also said that during the lockdown period, about 90% of customers began to place deposits through Internet banking.
According to financial director at Alliance Bank Taras Kravets, the rate may reach 12% by the end of 2020.
“I will support my colleagues that the cost will decrease, but how fast it will depend on how quickly the economy overcomes the effects of the virus,” he said.According to Poliak, it is very important what kind of financial institutions take the first step in lowering rates.
“I believe that these should be state-owned banks, because they have the support of the government,” he said.
The expert believes that lowering rates in the future to 7-8% will not entail the active customer attrition if they see that the bank that serves them provides the customers with a market offer.
Prusov shared his opinion, who believes that lowering rates will not be an obstacle for customers and they will continue to place deposits in hryvnias in banks.
“I would like to say in confirmation of these words that according to the statistics of the NBU, it is obvious that over the last years, customers have placed more funds in hryvnias in banks, even without interest at all. In fact, trust is growing, and there are on-demand deposits on current accounts and their amount is growing every year,” he said. 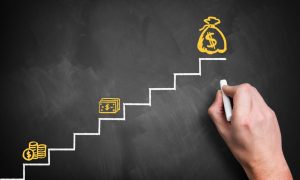 The Financial Stress Index (FSI) in April fell and reached 0.2 points by the end of the month after a bounce to 0.3 in March, the National Bank of Ukraine (NBU) said in a weekly bank survey posted on its website on Wednesday.
According to the document, corporate and banking sub-indices are declining, and the latter, in particular, due to a drop in the yield of securities.
The National Bank said that at the end of April the outflow of hryvnia-pegged time deposits and foreign currency funds of the population stopped. The regulator added that the hryvnia funds of Ukrainians have been at maximum levels for the second week since the beginning of March, and only foreign currency time deposits of the population are still declining.
According to the report based on the data from 22 largest banks, from April 27 through April 30, the hryvnia funds of individuals maintained stable growth of 0.3%, and that of business entities of 0.9%. Foreign currency funds of individuals for the same period increased by 0.2%, and business entities’ decreased by 0.1%, compared with the previous week.
The regulator said that the portfolio of foreign currency loans issued to small and medium-sized enterprises in April markedly worsened, in particular, from the beginning of April, the share of hryvnia loans overdue over a week in the portfolios of banks increased from 25.8% to 30.9%, and foreign currency loans – from 30.7% up to 38.3%.
The National Bank also said that at the beginning of May the share of working bank branches increased from 75.5% to 77.3%, and that of ATMs – from 95.8% to 96.3%. 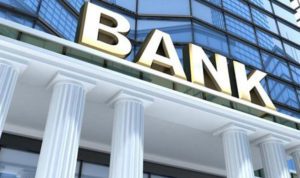 The Individuals’ Deposit Guarantee Fund is completing the liquidation of Bank Starokyivsky (Kyiv), according to the website of the fund.

The fund also announced the completion of payment of guaranteed amounts of compensation to the bank’s depositors.

As reported, the National Bank of Ukraine (NBU) in September 2014 decided to liquidate Bank Starokyivsky.

Bank Starokyivsky Bank was founded in 1991.

Bank Starokyivsky ranked 148th among 173 banks operating in the country on July 1, 2014 in terms of total assets (UAH 413.806 million), according to the National Bank of Ukraine.