ONE OF THE LARGEST COFFEE PRODUCERS BUILDS DISTRIBUTION CENTER IN KIEV 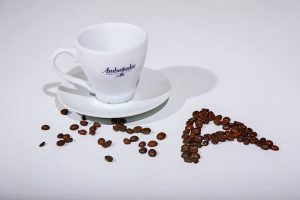 The Strauss Group international company, one of the largest coffee producers in the world, in the third quarter of 2020 put into operation a warehouse and distribution center at 56A, Novopyrohivska Street, in the Holosiyivsky district of Kyiv.
“An innovation distribution center in Ukraine opened in the third quarter,” the group said in its third quarter report.
According to the unified public register, Strauss Ukraine LLC on October 9 also changed its legal address to 56A, Novopyrohivska Street (formerly – 5B, Antonova Street).
“09/25/2020. Now this date has historical value for us. For 20 years of work in Ukraine, we have had many achievements in all areas of consumption, production and preparation of coffee. And today one of our achievements is the opening of the doors of a new home for all our employees! Congratulations to all our colleagues on moving to a new, very modern, functional, stylish location,” the company said on its Facebook page.
Strauss Group specializes in the production of food and beverages and is one of the five coffee companies in the world. It has 29 production sites in 22 countries. The staff includes 14,000 people.
In the Eastern European market, Strauss represents the brands Black Card, Ambassador, FORT, Totti Caffe, Elite Health Line, and Sucrazit. 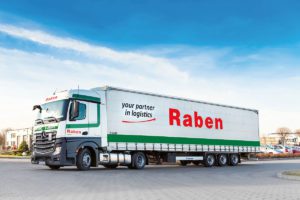 Raben Ukraine logistics company, a subsidiary of the international logistics company Raben Group (the Netherlands), has opened a new distribution center (cross dock) in Uman (Cherkasy region), the company’s press service has said.
The Uman distribution center, the 24th in the company’s network, will serve Uman, part of Cherkasy, Vinnytsia and Kirovohrad regions, and will make it possible to significantly reduce time for delivery of goods.
“Uman has a convenient geographical location, because it is located at the intersection of two major highways: E95, connecting the north and the south of the country, and E50, connecting the west and the east. The opening of a distribution center in Uman will help reduce delivery time by 24 hours,” director general of Raben Ukraine Inna Ocheretna said.
According to her, in the future the delivery of products requiring a special temperature regime from the new transportation center is being considered, which will cover the northern part of Odesa and Mykolaiv regions with services.
Raben Ukraine LLC, a subsidiary of the international logistics company Raben Group, has been operating in the logistics market since 2003. Its branches are located in Kyiv, Dnipro, Zaporizhia, Kharkiv, Odesa, Lviv, Khmelnytsky, and Rivne. It has about 70,000 square meters of warehouse space (including regions) and almost 600 vehicles in the fleet.