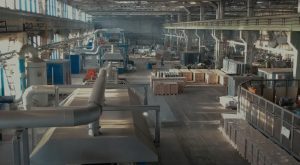 The Antimonopoly Committee of Ukraine permitted Cypriot Agimant Limited of the Ukrainian businessman Sergiy Tigipko to acquire 100% of Dealzone Holding Ltd. (Rod Town, British Virgin Islands), which owns 98.6578% of shares of one of the largest enterprises for the production of metal products in Ukraine PrJSC Dneprometiz.
“On October 8, the committee granted Agimant Limited permission to acquire sole control over Dealzone Holding Ltd. by concluding a shareholder agreement between Agimant Limited and Sartorius Limited,” the committee said in a statement.
According to the report, Sartorius Limited controlled Dealzone Holding Ltd. thanks to the availability of a veto.
The committee also said that Sartorius Limited, which intends to transfer control, is not bound by control relations with Tigipko’s TAS Group or any business entities-residents of the Russian Federation, which are subject to special economic and other restrictive measures (sanctions).
According to the public register, Oleh Artemiev from Dnipro is the beneficiary of Sartorius Limited. Through this company, he controls Granit Invest-Rokytne LLC and Rokytne Granit Quarry in Kyiv region with revenue UAH 7 million and UAH 3.1 million in 2019 respectively.
Sartorius Limited for some period this year was also the owner of Rubezh Invest LLC after the company whose beneficiary was Tigipko, but now Yevhenia Kurnosenko from Dnipro is the beneficiary of this limited liability company through Technoprom SKD LLC.
In the public register, Tigipko is listed as the beneficiary of Dneprometiz; earlier, Alexey Mordashov, co-owner of Severstal (Russia), acted as the beneficiary.
According to the information disclosure system of the National Securities and Stock Market Commission for the second quarter of 2020, Dealzone Holding Ltd. held 98.6578% of the shares of Dneprometiz.
As reported, the Antimonopoly Committee on April 25, 2019 considered the issue of the purchase of the Dneprometiz enterprise by the TAS group from the sanctioned Severstal and admitted violations of the legislation on the protection of economic competition in the transaction, imposing a fine of UAH 55 million on the TAS group.
The Kyiv business court overturned the decision of the Antimonopoly Committee to impose the fine and refuse to grant this acquisition.