ENERGY RESOURCES OF UKRAINE WILL IMPORT U.S. GAS BOUGHT BY PGNIG TO UKRAINE 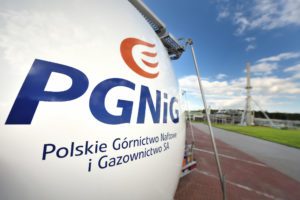 Energy Resources of Ukraine (ERU) has signed an agreement with Polish-based PGNiG on the acquisition and imports of American natural gas to Ukraine.
“Already in early November, within the framework of the agreement, liquefied gas will arrive at the Polish LNG terminal named after former president Lech Kaczynski in Swinoujscie. LNG will enter the Polish transmission system after regasification, from where it will be brought to Ukraine through gas pipelines in Hermanowice and will be transferred to ERU. Deliveries for ERU will be implemented by the end of 2019,” the trader said in a press release.
According to PGNiG head Piotr Wozniak, today the only limitation for increasing exports to Ukraine is the capacity of Polish pipelines in the direction of Silesia-Subcarpathia.
“We expect that the capacity of these pipelines will be expanded by 2021,” he said. 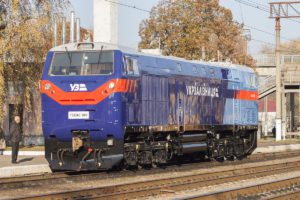 Ukrzaliznytsia (Kyiv) has saved energy resources worth more than $6 million (UAH 165 million) since the beginning of 2019 thanks to the implementation of the energy and resource saving program for railway transport for 2019-2020 and the purchase of modern rolling stock.
According to the press service of the company, in particular, electricity consumption in the first quarter of 2019 was reduced by almost 30 million kWh, diesel fuel by about 4,000 tonnes, natural gas by more than 400,000 cubic meters.
“Thanks to the acquisition and commissioning of General Electric locomotives, over the five months some 1,970 tonnes of diesel fuel was saved, which reduced the cost of purchasing fuel by almost UAH 58 million. Thanks to the elimination of energy intensive train speed limits, 108 tonnes of diesel fuel worth UAH 3 million and 3,574 kWh of electricity worth almost UAH 7.2 million were saved,” Ukrzaliznytsia said.
In addition, according to the company, energy saving was also promoted by the work of traction energy laboratory wagons, which made 243 research trips.