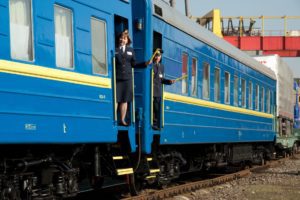 JSC Ukrzaliznytsia (Kyiv) has made another payment on eurobonds in the amount of $150 million, head of the company Yevhen Kravtsov said on his Facebook page. He noted that in 2019 the company already paid off 60% of the principal amount ($300 million) on eurobonds raised in 2013. Ukrzaliznytsia intends to repay the remaining $200 million in the next two years.

“This is the second payment this year. We are paying on schedule,” Kravtsov added.

As reported, in March 2019 Ukrzaliznytsia repaid the first part of its $150 million eurobonds and paid coupon income on them, receiving funds for these purposes at Oschadbank and the State Agency of Ukraine for Infrastructure Projects. 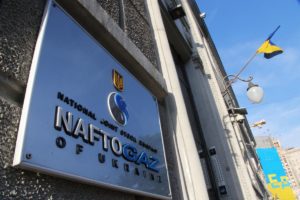 The European Bank for Reconstruction and Development (EBRD) has acquired one-fifth (for EUR 120 million) of five-year eurobonds issued by Naftogaz in the amount of EUR 600 million, the bank has said.
“The eurobond proceeds are issued for general corporate purposes including the financing of gas purchases. The bank’s financing will be used exclusively for gas purchases. The transaction will contribute to Ukraine’s energy security, ensuring procurement of natural gas for the upcoming 2019/2020 winter heating season in the country,” the bank said on its website.
As reported, on July 12 Naftogaz Ukrainy placed two tranches of eurobonds denominated in euros and U.S. dollars: EUR 600 million for five years at 7.125% and $335 million at 7.375% per annum for three years. The anchor investors of the issue were the EBRD and a number of U.S. investors. The initial benchmark yield of dollar eurobonds was about 7.75%, eurobonds in euros about 7.5%.
Earlier, Naftogaz announced the need to urgently raise funds for the accumulation of increased volume of gas in storage facilities for winter – 20 billion cubic meters to be ready for a possible termination of transit by Gazprom from January 1, 2020 and strengthen its position in negotiations with the Russian gas monopoly. 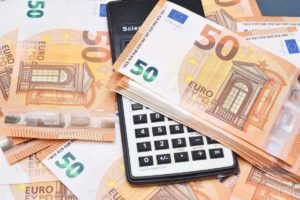 The updated macro-forecast of the National Bank of Ukraine (NBU) assumes receiving $2 billion from the International Monetary Fund (IMF) under the Extended Fund Facility, as well as the issue of eurobonds worth $1 billion, deputy governor of the NBU Dmytro Sologub has said at a press conference in Kyiv.
“We expect that in the fourth quarter the new program is likely to start with the IMF, and Ukraine will receive $2 billion. And we also expect $2 billion in each of the next years as part of the new structural financing program,” he said.
Sologub stressed that such an assessment is an expert commentary. According to him, if the funds arrive a little earlier or a little later, it will not have a significant impact on other macroeconomic parameters, except for international reserves.
The banker also estimated, based on the example of other countries and the size of Ukraine’s quota in the IMF, that the size of the new program could be in the range of $5-10 billion for a period of 36 to 48 months.
“We have no insight, this is our expert assessment,” he said.
Sologub also said that the National Bank laid down in its forecast another entry of Ukraine to foreign markets with eurobonds in the amount of about $1 billion as its expert assessment. 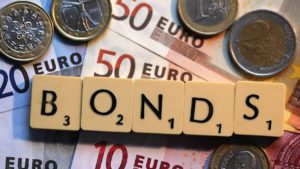 Ukraine has announced the pricing of new eurobonds issued in euros in the amount of EUR 1 billion with maturity on June 20, 2026, the demand stood at EUR 6 billion. “The notes will bear interest at the rate of 6.75% per annum,” the Ministry of Finance said in a statement on its website. “The new issue is expected to be rated “B-” by Standard & Poor’s and “B-” by Fitch,” the report said.
“Settlement of the new issue is expected to take place on June 20, 2019,” the ministry said.
“The proceeds of the notes will be used for general budgetary purposes,” the document reads. 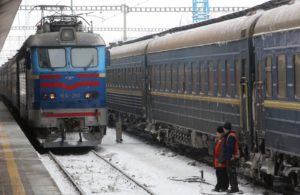 JSC Ukrzaliznytsia has paid off the first part of loan participation notes (LPN, eurobonds) in the amount of $150 million and paid the coupon on them, the company has reported on its website.
Ukrzaliznytsia Board Chairman Yevhen Kravtsov said that a loan for refinancing of the debt was raised on the domestic market. Oschadbank and the State Agency for Infrastructure Projects of Ukraine provided the funds.
“The funds were borrowed in the national and foreign currencies, and the currency-pegged liabilities were met. This additionally cut the potential risks for seeing exchange rate losses,” Kravtsov said.
He said that the payment on the bonds in due time again confirms support of the railway sector by the state and financial stability of Ukrzaliznytsia. It also shows to creditors that the state and company have a responsible attitude to servicing own debts.
As reported, Ukrzaliznytsia in May 2013 placed its debut $500 million eurobond issue with a maturity period of five years through the specially created company Shortline Plc.
Eurobonds of Ukrzaliznytsia, together with the securities of Oschadbank and Ukreximbank, were included in the restructuring of the external sovereign and government guaranteed debt initiated by the Ministry of Finance of Ukraine after the IMF approved a new four-year extended fund facility for Ukraine for $17.5 billion.
In March 2016, Ukrzaliznytsia restructured its eurobonds, prolonging the maturity until September 15, 2021 and raising the interest rate from 9.5% to 9.875% per annum. Also, the repayment schedule for the principal loan amount was changed: 60% should be paid in 2019, 20% in 2020 and 20% in 2021.
At the end of 2018, the supervisory board of Ukrzaliznytsia, together with the Ministry of Infrastructure and the Verkhovna Rada Committee on Transport, stated the need to restructure Ukrzaliznytsia’s debt obligations in order to increase the borrowings pegged to the national currency.
In April 2018, Ukrzaliznytsia announced that it was considering the possibility of implementing a new issue of eurobonds pegged to the hryvnia in the amount of UAH 500 million to UAH 1 billion for a period of three to five years before the end of this year, and also received coordination by the ministries to issue domestic bonds with a total amount of UAH 2 billion.