DUE TO LOW RATES OF VACCINATION IN UKRAINE, SOME EUROPEAN COUNTRIES MAY LIMIT ENTRY FOR UKRAINIAN TOURISTS

Minister of Culture and Information Policy of Ukraine Oleksandr Tkachenko does not exclude that due to low rates of vaccination in Ukraine, European countries may limit entry for Ukrainian tourists as much as possible.
“Thousands, tens of thousands of disrupted trips, as countries are quickly changing the rules for entry. And there is logic in this. Their governments care about the safety of their citizens, maintain an appropriate level of vaccination. Yesterday I came across statistics of vaccinations in the world. European indicators are about 70%. In the UAE, practically the entire population is vaccinated – 98%. In Ukraine, this figure is 18%, which is very small,” he wrote on the Telegram channel on Thursday.
The minister lamented that the pace of vaccination in Ukraine may lead to the fact that citizens will not be able to actively travel abroad.
“Remember, in February 2020, our tourists were returning home from the Chinese Wuhan, already covered by the epidemic. They were taken for observation in Novi Sanzhary. Frightened people even threw stones at buses then … Of course, Europeans will not throw stones at Ukrainian tourists. Just do not exclude that with such a rate of vaccination, we may be restricted as much as possible from entering. And the restrictions will continue until we reach at least close to the European level of vaccination,” Tkachenko said.
In this regard, the minister once again urged everyone to be vaccinated. 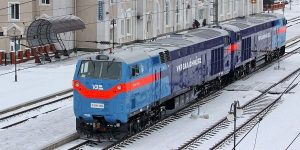 Investment of human capital in national wealth in Ukraine is much lower than in European countries, according to a report of the World Bank.
According to the World Bank’s study of the sphere of education in Ukraine, investment of human capital into national wealth in Ukraine is 34% of total national wealth. For comparison, in low-income countries this indicator is 41%, in Europe and Central Asia – 62%, and on average around the world – 64%.
The World Bank said that in Ukraine the percentage of people with higher education is more than 80%, which exceeds the figures of the EU (68%) and countries of the Organization for Economic Co-operation and Development (OECD) (74%), but the level of functional literacy among adults is behind indicators of these countries.
In addition, it is said that in Ukraine, there is a gap between education and employment, especially among young university graduates.
Other areas of concern include: unequal access to schooling, a gap in education among students in urban and rural schools, and less likely that graduates from rural schools will go to higher education (40% of graduates from rural schools compared to 70% of graduates in cities).
The World Bank said that about 50% of Ukrainians do not believe that secondary education provides everyone with the same opportunity of studying for free, and 70% believe that corruption in higher education is very common.
At the same time, according to the World Bank, Ukraine spends 6% of GDP on education, which is significantly more than in OECD countries (4.4%).
Among other things, the World Bank said that Ukraine has a too wide network of schools and universities, which is one of the reasons for the high level of expenses. There are 11 students per teacher in Ukraine, and in the OECD countries this indicator averages 13.1.