Executive Director of the Ukrainian Institute of Politics Mykola Spiridonov has said, while commenting on the results of a sociology survey conducted by Active Group, that making peace in eastern Ukraine could be the only chance for Ukrainian President Volodymyr Zelensky to complete his presidential tenure successfully.
“Everything has failed. The economy failed, the social policy failed, the foreign policy failed. If Zelensky managed to put an end to the war on the least acceptable terms, he could become a part of history as a successful president. Then everything I have just said about the economy and social policy would be forgotten in 50 years, while the end of the war would be written down in history with capital letters,” Spyrydonov said on the Expert Club YouTube channel.
The political expert said that the government tries to reach a compromise in the settlement of the military conflict in Donbas.
“Zelensky wishes to put an end to the war, but he is not familiar with the instruments. The president doubts. We can set as an example Sivokho, who was appointed and then dismissed under pressure of the nationalist forces,” the expert said.
According to the sociology poll, which was presented by Active Group and Expert Club at the Interfax-Ukraine News Agency on June 22, 2020, some 80% of Ukrainians said that the incumbent government is delaying the end of the war and doing nothing or doing not enough to finish it. Only 6% of respondents said that Zelensky’s team does the utmost under current conditions for this purpose.
The full video is available on the Expert Club YouTube channel:

Executive Director of the Ukrainian Institute of Politics Mykola Spyrydonov has said that healthcare reform creates numerous problems with medical assistance for the population. He expressed such opinion during a discussion of a sociology survey conducted by Active Group, which was presented jointly with the Expert Club on June 22, 2020 at the press center of the Interfax-Ukraine News Agency.
“Even now, when ambulance arrives on call to take care of a child, the doctors in fact cannot do anything if the contract with a family doctor is not signed. If the contract is signed, the person is in fact a bondman,” the political expert said in a recent video on the Expert Club YouTube channel.
Therefore, according to Spyrydonov, the bureaucratic system does not allow people to receive medical services in the needed amount and in fact force them to go to private clinics.
“In fact, we are witnessing the process of destroying medicine, hindering the population from receiving medical services. Moreover, the number of hospitals and medical personnel is being reduced, thus creating additional hardships for receiving medical assistance,” the expert said.
According to the opinion poll, some 50% of Ukrainians said that the country’s healthcare system has become worse in general since the introduction of lockdown restrictions, while 22% respondents said that medical services have slightly improved, and only 3% said that they have significantly worsened.
The full video is available on the Expert Club YouTube channel: 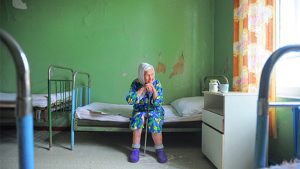 MOVEMENT IN SCHENGEN AREA WILL BE REVIVED, BUT RECESSION IN EU AND GREAT BRITAIN IS MOST LIKELY COMING – EXPERT 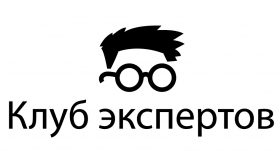 Political expert Volodymyr Volia has shared his opinion about development prospects of the EU, the economic situation today and the consequences of the pandemic, as well as made forecasts about the revival of the Schengen Area exclusively for the Expert Kitchen program on the Expert Club YouTube channel.
According to the expert, the EU has faced several unpleasant events lately, such as the Brexit referendum and the so-called coronavirus crisis, and if the second wave of the pandemic occurs, the recession may get even worse and trigger a social crisis, poverty and unemployment.
“As the economy of Europe has been seriously affected since February, we may witness even a longer halt that will ‘kill’ the economy of the EU,” Volia said.
He added that as of the middle of April alone the EU has sustained a loss of more than EUR 3 trillion, which equals the annual federal budget of the United States. The expert also forecasted the exacerbation of the argument between the EU member states on the allocation of sales quotas, which are especially important to the countries of the Eastern and Southeast Europe, assistance and contributions to the EU budget.
In the expert’s opinion, the revival prospects of the Schengen Area look more optimistic.
“I think the movement inside the Schengen Area will be completely resumed by the end of June. As to the states, which are not a part of this area, a piecemeal approach will be applied to them. The epidemiological situation in each specific country will be taken into account and the regions of the world will be determined for the simplification of the procedure. Certainly, everything will also depend on the purpose of travel,” he said.
Volia also noted that tourism in the non-Schengen countries will be revived almost in full by the beginning of July.

The local election campaign has begun and the regional elites started investing in headquarters, advertising and PR campaigns. The local elites used the situation with the quarantine and poor coordination of events in the top-down system for self-promotion before the elections due on October 25, 2020, political technologist Kyrylo Molchanov, who is also an expert at the Ukrainian Institute of Politics, said.
In the second program “Expert Kitchen” on the Expert Club YouTube channel, Molchanov made assessment of the incumbent mayors’ chances to be re-elected for a new tenure at the upcoming elections.
The expert said that Hennadiy Kernes in Kharkiv, Vitali Klitschko in Kyiv and Hennadiy Trukhanov in Odesa have the highest chances to stay on their posts. He also noted that one should expect the most interesting election campaigns in Dnipro and Lviv, where Andriy Sadovy has lost his positions in recent years.
Speaking about prospects of parties, the expert said that some political forces continue dominating in certain regions where they used to be popular. The main struggle will take place between the Opposition Platform – For Life and the Servant of the People in southeastern Ukraine, between the Servant of the People and Batkivschyna in central regions, and the so-called pro-European and nationalist forces in western Ukraine.
According to Molchanov, the ruling party in general will fail to repeat the success of its previous campaigns as its popularity continues declining. Therefore, the Servant of the People will have to form coalitions with other parties in regions, which may result into unexpected political consequences both in Ukraine’s regions and, hence, in the central government.
Find more details about the 2020 local election campaign in the video on the Expert Club YouTube channel: