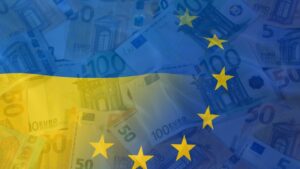 The Council of European Union has adopted two assistance measures under the European Peace Facility (EPF) that will allow the EU to further support the capabilities and resilience of the Ukrainian Armed Forces to defend the territorial integrity and sovereignty of the country, and protect the civilian population against the ongoing Russian military aggression.

“After having adopted three tranches of support totaling EUR 1.5 billion this year, a fourth tranche will add EUR 500 million to the resources already mobilised under the EPF for Ukraine, thereby bringing the total amount to EUR 2 billion, ” the press service of the EU Council said.

“The history of tomorrow is being written today, on the battlefields of Ukraine. With these EUR 500 million, the EU has allocated a total EUR 2 of billion to support EU member states’ supplies of military equipment to the Ukrainian Armed Forces. This support is just one part of European efforts to help Ukraine defend itself. The EU and its member states are determined to continue. We have done it since the beginning of the war and we will continue until the end,” Josep Borrell, High Representative for Foreign Affairs and Security Policy, said.

It is noted that the scope of the equipment to be provided in the new support package is in line with the current priorities as expressed by the Ukrainian government. In this light, the assistance measures consist of EUR 490 million for military equipment designed to deliver lethal force for defensive purposes, as well as EUR 10 million intended to cover the provision of equipment and supplies, such as personal protective equipment, first aid kits, and fuel.