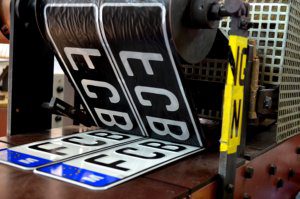 Ukrainians registered 11,000 cars with foreign license plates, which were registered in the temporary importation or transit regimes, in one month, the State Fiscal Service of Ukraine reported on its website on Thursday.
“From November 25 through December 26, 2018, citizens cleared 11,000 vehicles with foreign license plates, which have been imported to the customs territory of Ukraine since January 1, 2015 until the new rules of importation of these vehicles took effect,” the authority said.
Almost 9,600 out of cleared vehicles stayed in the country in violation of the Ukrainian legislation, the State Fiscal Service said.
On December 26, almost 1,400 vehicles were cleared.
As reported, Ukraine’s Verkhovna Rada passed bills cutting the excise duty on vehicles and toughening supervision over the movement and use of vehicles registered in other states. The preferential excise duty (with the 0.5 factor) was set for owners of cars with foreign licenses plates for clearing their vehicles within 90 calendar days.