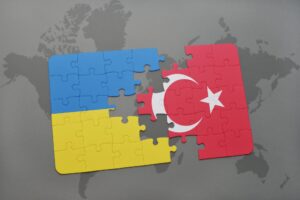 A free trade agreement with Turkey may make some types of Ukrainian agricultural products uncompetitive in Ukraine and in foreign markets, since Turkish food products have already taken a strong position around the world, and similar Ukrainian products may not find markets there.
Head of the Ukrainian Agricultural Export Association (UAEA) Dmytro Kroshka told Interfax-Ukraine on Monday about the impact of the FTA agreement with Turkey signed on February 3 on the export of Ukrainian agricultural products.
“Competition between Ukraine and Turkey is most visible on the markets of third countries. We have already determined that Turkish tomato on the Ukrainian market will be cheaper than domestic. Our producer understands that if he cannot make money on the Ukrainian market, he will seek sales in Europe or somewhere else, where it turns out that Turkey is exactly the same in those markets. And sooner or later, a manufacturer that cannot reorient itself will have to reduce production or abandon it, this is very likely,” the head of the association said.
He said that the key risk for the Ukrainian agribusiness from the zeroing of customs duties is the export orientation of Turkish producers, supported and controlled by the state.
“In Turkey, there is a huge infrastructural and financial support for exporters. The state establishes KPI there, and a manufacturer is supported, whose products are not just produced, but exported. And for a manufacturer to export, its products must meet the quality requirements that the market requires, and not only increase the volume. The effect of Turkish policy has become actively noticeable to us in recent years, when the active expansion of Ukrainian products to world markets began,” Kroshka said.
The head of the UAAE said that Ukrainian producers of apples, nuts and other products of the fruit and nut group will definitely benefit from the actions of the FTA, which Turkey will be able to re-export to the countries of the Middle East and Africa, taking advantage of its favorable geographical location. However, this is guaranteed to have a negative impact on vegetable and egg producers.
“We just need to look at the news about the FTA between Ukraine and Turkey as news that we will sell more there and the trade turnover will certainly increase. But at the same time, I believe that this agreement will reveal a wave of internal Ukrainian economic problems in agriculture, which are linked to the production of agricultural goods common with key Turkish products,” the expert said.
He also said that in 2022, Ukrainian agricultural producers were faced with an increase in energy costs, a review of existing taxes and the introduction of new ones, fiscalization of business, which, along with an increase in Turkish food imports, will lead to a wave of bankruptcies of small agricultural enterprises if the latter do not receive proper support from the state.
He said that the agreement on the main terms of trade in food products between Ukraine and Turkey took place simultaneously with the approval of the Export Strategy of Ukraine and the sectoral export strategy for food products, the implementation plans of which were provided, including reducing the tax burden on producers. However, this decision was never implemented, which will affect the state of the market in the near future.
“It seems to me that many manufacturers simply will not survive this stage of development of Ukraine. 2022, taking into account these factors, will be the beginning of a wave of bankruptcies, especially for small enterprises,” the head of the UAEA said.

UKRAINE PLANS TO BORROW $4.9 BLN ON FOREIGN MARKETS NEXT YEAR 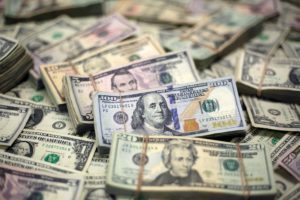 The plan of financing the national budget in 2020 announced by the government in the draft budget envisages borrowing on the foreign market in the amount of $4.9 billion and on the internal market in the amount of UAH 231.1 billion or $8.4 billion, state representative for public debt Yuriy Butsa has said.
“We will continue increasing the share of borrowings in national currency,” he said at a conference of the Fitch Ratings in Kyiv on Thursday.
According to him, the amount of payments on public debt next year is estimated at UAH 282.1 billion ($10.3 billion) of repayment of the principal amount and UAH 141.5 billion ($5.1 billion) of interest payments. He also said that another UAH 12 billion is planned to be raised through privatization.
Butsa said that since the beginning of this year, the total public debt of Ukraine has declined from 60.9% of GDP to 51.2% of GDP in September this year, although in U.S. dollar terms it has grown from $78.3 billion to $83 billion.
He also said that the share of debt in the hryvnia during this time increased from 33% to 40%, and in U.S. dollars decreased from 48% to 42%. According to him, the debt in euros increased from 9% to 11%. Butsa added that a small share of the euro in debt allows us to consider the possibility of increasing it. 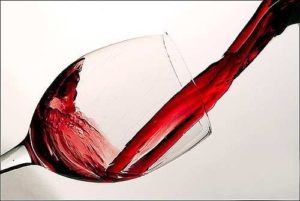 The Ukrsadvinprom Association has convened a congress of Ukrainian winemakers as part of the large-scale specialized exhibition Wine & Spirits in Kyiv and introduced an umbrella brand, Wine of Ukraine, which, according to the organizers, should help Ukrainian wine with winning solid positions in foreign markets.
Head of the Ukrsadvinprom Association Volodymyr Pechko, who was a co-organizer of the event, says Ukraine has already proved that it is a country with producers of high-quality wine, sparkling wine, vermouth, brandy, fruit wines and distillates, however, marketing Ukrainian-made produce in other countries should be backed by regular support of the state and an alliance of Ukrainian wine producers around one brand on the “Made in Ukraine” principle.
“The Ukrsadvinprom Association, the country’s leading winemakers recognized the urgent need for joint actions to enter foreign markets. Our trips and participation in top wine trade fairs in Chile, Argentina, France and other countries have shown in practice the success of other countries implementing joint projects under a single wine brand. Only together we can successfully present our products, and the common Wine of Ukraine brand will allow us to position our products abroad in the right way, reduce costs when participating in foreign exhibitions and forums, and lower advertising and PR expenses,” Volodymyr Pechko said. 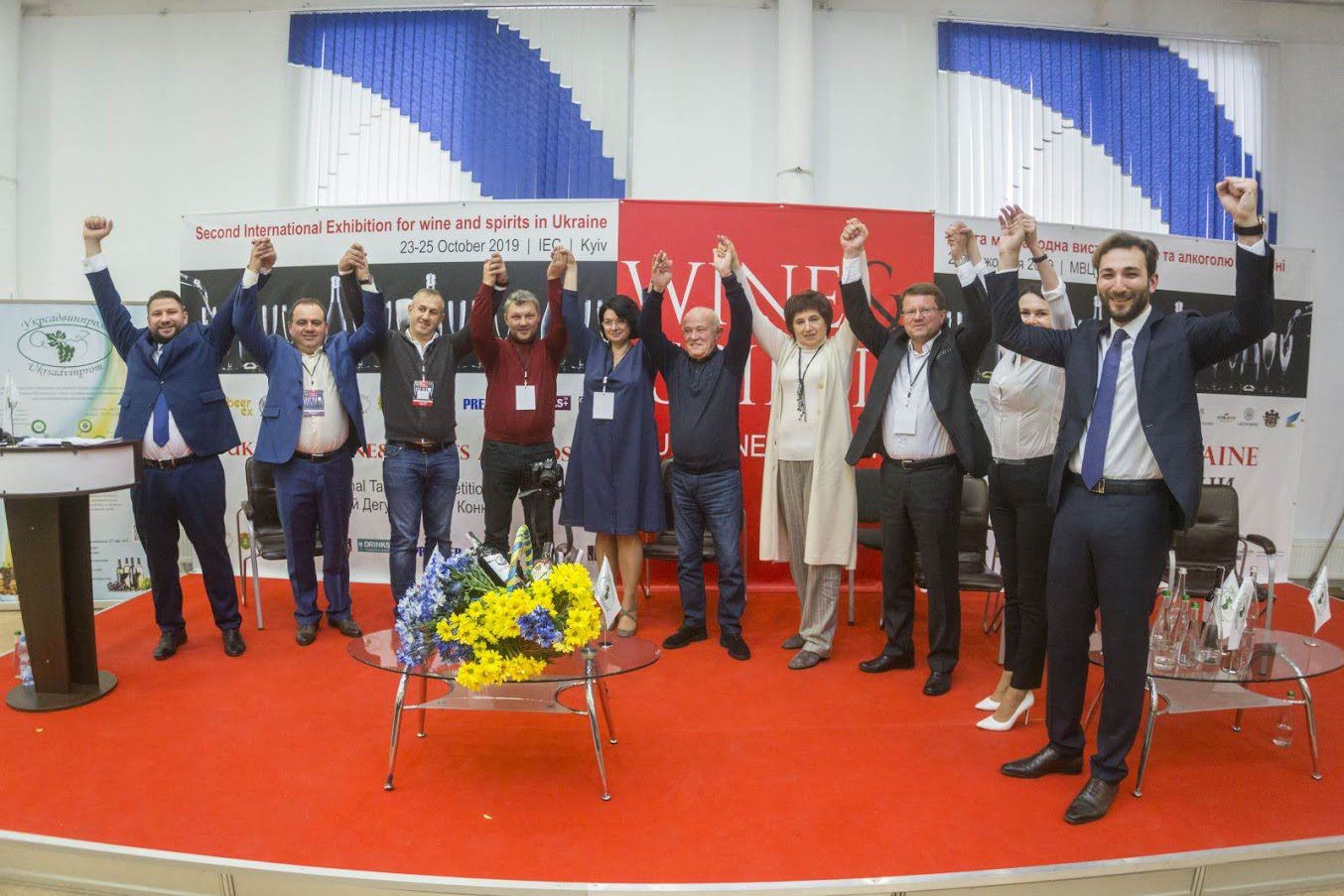 “Our plans include the development of our project around the Wine of Ukraine brand as early as in 2020 and encourage all Ukrainian winemakers – both large and small enterprises – to join it,” Volodymyr Pechko, the head of the Ukrsadvinprom Association, added.
The Ukrsadvinprom association includes about 200 enterprises from different regions of Ukraine. Ukrsadvinprom was established in March 2016 to bring together market players and provide practical assistance in resolving problematic issues in viticulture and winemaking, as well as horticulture, including berry and walnut growing.
The main areas include lobbying interests and representation of enterprises in state executive agencies, expanding the geography of exports of products, formation of commodity lots, legal support of economic activities, consultation on issues of applying for state support, development of technological instructions and technical specifications necessary for the production of wines, cider, drinks made of fruit and other types of wine products.
Volodymyr Pechko heads the Ukrsadvinprom Association.
Interfax-Ukraine is a media partner of the event. 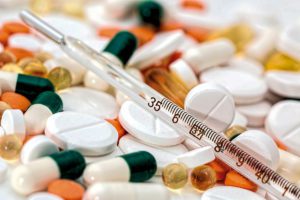 Darnitsa pharmaceutical company plans to develop in foreign markets, in particular through the acquisition of companies or joint development. This was reported by head of the board of directors of Darnitsa Group Dmytro Shymkiv in Kyiv. He noted that the purchase of foreign companies is one of the “instruments to increase the share of exports.”
According to him, Darnitsa is currently conducting due diligence of several companies, and although Shymkiv did not provide details, he added that the company is studying the issue of acquiring companies not only abroad.
Currently, Darnitsa has about 365 registrations in foreign markets.
“Not all Ukrainian pharmaceutical manufacturers will withstand the requirements for 2D coding of pharmaceutical packaging. In 2020, we will see interesting processes in the Ukrainian market,” he said.
According to him, in 2020 the company plans to invest about EUR4 million in development and research.
As reported, in 2018 Darnitsa invested about EUR3.5 million in development and research, while annually the company invests about 10% of gross income in this direction.
Darnitsa pharmaceutical company is one of the ten largest pharmaceutical manufacturers in Ukraine and the top ten largest hospital suppliers. Its ultimate beneficiary is Hlib Zahoriy. 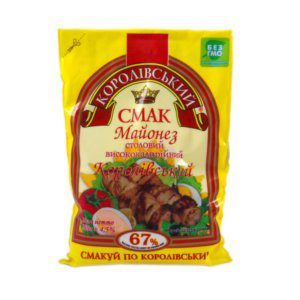 Private enterprise Viktor and K (Svitlovodsk, Kirovohrad region, the Korolivsky Smak (Royal Relish) trademark) has started supplying food to Germany, Belgium, Tanzania, Kuwait, Gambia and Guinea-Bissau.
According to a report on the company’s website, its exports portfolio has over 85 countries.
Viktor and K is a large producer in the region. It produces sunflower oil and mayonnaise. Its crushing capacities are 400-500 tonnes of seeds a day, production capacities – 170-210 tonnes of oil a day and up to 30 tonnes of mayonnaise a shift. Two silos can store 17,000 tonnes of seeds.
Along with mayonnaise and sunflower oil, the enterprise produces ketchups, mustard, vinegar, tomato sauces, halva, pasta, condensed milk, canned vegetables, seasonings and spices.
According to the unified register of companies, the owner and director general of the enterprise is Viktor Korol.