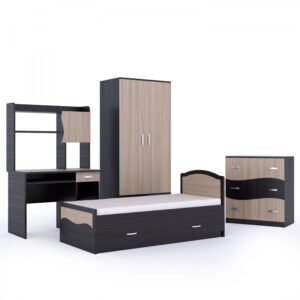 Ukraine exported furniture worth almost $1 billion in January-November 2021, which is 43% more than in the same period last year, Oksana Donska, the head of the cluster platform of the Ukrainian Association of Furniture Manufacturers.
“The Ukrainian furniture industry exported furniture for almost $1 billion, which is 43% more than in the same period last year. Compared to previous periods, this is an absolute record, and in comparison with neighboring Poland, with the same forest resources and human capital, this is 14 times less,” Donska said at a press conference in Kyiv.
In her opinion, in order to increase the production and export of furniture, Ukraine, first of all, needs a transparent and stable market for raw materials, clustering (association of furniture makers based on industrial parks), as well as a trilateral partnership of business, education and authorities in personnel training.
According to Donska, within the framework of the strategy being developed, Ukrainian furniture makers set a task to enter the top 10 furniture exporters in the next 10 years.
“Today the leader is China, which exports furniture dozens of times more than Germany, which ranks second, Poland is third. That is, we want to catch up with Poland and Germany, exporting furniture for at least $14 billion. Today, Ukraine exports furniture to 199 countries of the world, and more than half goes to Germany and Poland, but for re-export. And today we have every opportunity to enter the direct markets for the sale of our products,” the expert said.
According to her, the amount of foreign investments in the furniture industry over the past 5-8 years has exceeded EUR1 billion.
“Ukraine has all the prospects in the next 10 years to increase it by 5 times. Today Belgium, Austria, Canada, Denmark, the United States, France have already invested in the furniture industry – that is, the world leaders trust us and open their enterprises,” the expert noted.
According to President of the Ukrainian Association of Furniture Manufacturers Volodymyr Patis, attracting investments will allow to create an additional 200,000 jobs during this time.
“In the furniture industry, the quality of the workplace is changing a lot: there is a rethinking, automation, and today workers have a fairly high salary, which already competes with salaries in Poland,” he said.

FURNITURE EXPORT FROM UKRAINE RISES TO $579 MLN IN JAN-AUG

Ukraine exported furniture worth $578.85 million in January-August 2021, which is 62.5% more than the same period last year, head of the cluster platform of the Ukrainian Association of Furniture Manufacturers Oksana Donska told Interfax-Ukraine.
“The large share of Ukrainian furniture exports falls on the EU countries [87.9% of the total], while the CIS countries account for 7.9%, Asia – 2.1%, and America – 1%,” Donska said.
According to the expert, Poland, Germany, Denmark, Austria and Belgium are among the top five exporting countries of Ukrainian furniture and their parts.
“Exports to Romania have grown significantly this year – by 85.8%, from $9.1 million to $16.9 million, to the UK – by 140%, from $4.7 million to $11.4 million, and to France – by 84.9%, from $7.8 million to $14.4 million,” Donska said.
According to the data of the State Customs Service, to which the expert refers, the leaders in the commodity structure of exports are: 23.7% – wooden furniture (9403 60), and 23% – parts of furniture for seating (9401 90). Convertible sofas and armchairs (9401 40) gave 10.4% of exports, furniture parts (9403 90) – 10.2%, wooden bedroom furniture (9403 50) – 7.2%, and upholstered furniture that cannot be converted into beds (9401 61) – 6.9%.
The largest export volumes go through Lviv customs – 45.5%. In second place is Volyn customs (8.3%), followed by Kyiv and Rivne customs (7.9% and 6.8%, respectively).
Currently, most of the export is carried out by land transport (95.6%). At the same time, Donska noted that the development of business relations with the countries of the Middle East and America, which the Furniture of Ukraine Business Expo team is actively working on, will influence an increase in the number of orders for delivery by sea.
The Ukrainian Association of Furniture Manufacturers was established in 2001 and brings together entrepreneurs and enterprises operating in the furniture market.

FURNITURE EXPORTS 70% UP FROM UKRAINE IN JAN-JULY 2021

The volume of exports of furniture and its parts in January-July 2021 increased by 70.5% compared to 2020 and amounted to $511.9 million, the Ukrainian Association of Furniture Manufacturers has reported, citing data from the State Customs Service.
At the same time, furniture was exported to the countries of the European Union for $451.4 million, Asia – $9.8 million, the United States – $4.8 million.
The increase in furniture exports in January-June 2021 amounted to 82.2%, the association says. 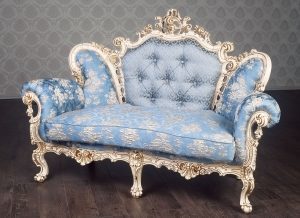 Ukrainian furniture manufacturers in January-March of this year increased their furniture exports by 50% compared to the same period in 2019, to $247.4 million, while in the past five years (2015-2020) there was an annual increase of 13.5%, a member of the Ukrainian Association of Furniture Manufacturers (UAFM) Oksana Donska has said. “Due to COVID-19, the global supply chains have changed a lot. Ukrainian furniture is becoming more and more interesting for the international community of professional buyers,” she said at a press conference on the problems of timber market legislation organized by the RivneInvest agency in Kyiv.
According to her, today a transparent timber market is very necessary for Ukrainian furniture manufacturers.
“The furniture and woodworking industries of Ukraine create a product with high added value. Each hryvnia of wood value turns into UAH 30-50 of the cost of furniture supplied both to the domestic market and for export,” she said.
Donska said that today more than 100,000 people work in the furniture industry for more than 9,000 enterprises, and the export of Ukrainian furniture for the past five years has been growing by 13.5% annually. Furniture is exported to 119 countries, including Poland (more than 35% export), Germany (16%), Denmark, Austria, Romania, and France. Poland and Germany use Ukrainian furniture for further sale in the world.
“But compared to the same Poland, which has approximately the same forest resources, we export 20 times less – if Poland in 2020 exported furniture worth $14.8 billion (the third largest exporter in the world), then Ukraine for only $750 million (39th place),” Donska said.
She said that on June 15 through June 17 2021, Ukraine expects about 2,000 guests from 53 countries who will come to visit the Furniture of Ukraine Business Expo (FUBE-2021) organized by the UAFM with the support of the Ministry of Foreign Affairs and the Ministry for Development of Economy, trade and Agriculture.
“However, today the Association receives appeals from our members who complain about serious problems in their work due to the stagnation of the timber market. As a result, furniture makers do not receive furniture components on time, and contracts for the supply of finished furniture with retailers from Ukraine are broken. Ukraine’s reputation is on the line if it fails to implement contracts for the supply of furniture to the countries of Europe, Asia and America. If this situation continues for several more months, then Ukrainian enterprises will have to think not about development, but about survival,” Donska said.

Araks Group of Companies (Kyiv) in the end of September will open a new furniture trade center with a total square of 15,000 square meters in the village of Khodosivka of Kyiv region, a group’s press service reported. “A decision to open a new trade center and to develop Araks furniture network is carefully worded. We engross our business and we’re glad to cooperate with the new brands, which will be displayed at the new furniture center,” Araks group quotes one of its shareholders Harush Antonian as saying on Monday.
According to a press release, the new three-storey shopping center, 25 kilometers away from Kyiv, will consist of the shops with household goods: furniture, kitchen, lighting, floor coating, textile, decoration and others. Armenian classicism combined with modernistic forms is at the bottom of the architecture, the company said.
The first Araks furniture trade center with a square of 27,000 square meters at 110 Kiltseva Street opened in 2009.
In public cadastral map, Kyiv-based Business-Techno Plaza LLC is owner of the land plot with a square of three hectares on which the center was built.