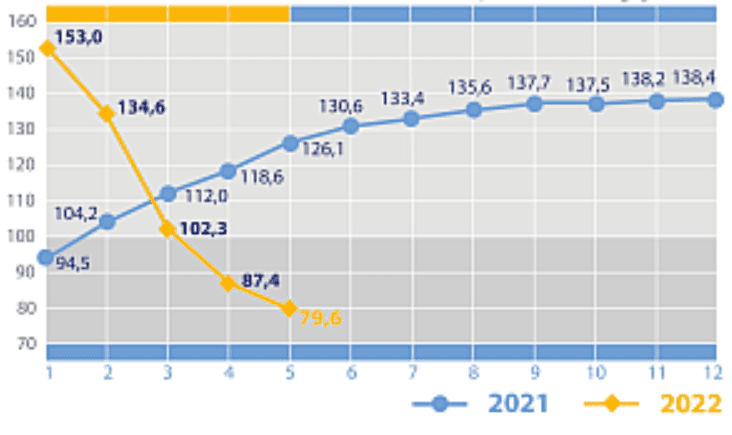 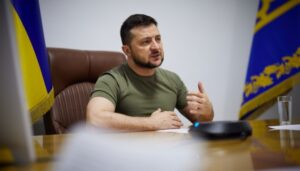 President of Ukraine Volodymyr Zelensky discussed with Prime Minister of the Netherlands Mark Rutte issues of defense cooperation between the two countries, the export of agricultural products through Ukrainian ports, as well as financial support for Ukraine by the European Union.
“I maintain continued contact with our partners. Discussed the course of hostilities, Ukraine- Netherlands defense cooperation and financial support from the EU with Mark Rutte. Emphasized the importance of exporting Ukrainian grain by sea ASAP,” Zelensky said on Twitter on Thursday evening. 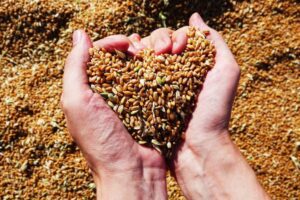 Federal Minister of Foreign Affairs of Germany Annalena Berbock said that she supports the proposal of the European Commission to appoint a central coordinator represented by the EU, who will buy grain in Ukraine and rationally distribute its exports through existing logistics channels.
She made the corresponding statement on July 18 after visiting the Romanian port of Constanta, which transships significant volumes of agricultural raw materials from Ukraine under the blockade of Ukrainian seaports, according to the Spiegel website.
“We should think about whether to buy up all (Ukrainian – IF-U) grain, so that later we can distribute it logistically much faster,” the German minister was quoted as saying.
Burbock recalled that due to the Russian blockade of Ukrainian ports, Ukraine has accumulated 18 million tons of agricultural products ready for export. After four-party talks between Ukraine, the OO, Turkey and the Russian Federation, there is hope for the deblockade of Ukrainian export infrastructure in the Black Sea, but it is still important to look for alternative grain routes, for example, through Constanta.
As reported, on June 28, the Cabinet of Ministers of Ukraine approved a draft agreement with the UN World Food Program (WFP) on the resumption of its office in the country, which will allow the organization, among other things, to purchase agricultural products from Ukrainian companies to carry out international humanitarian programs.
WFP is expected to participate in the purchase of agricultural and food products from Ukrainian companies for the needs of UN international humanitarian projects.
People’s Deputy Dmitry Solomchuk wrote in June that the uncertainty with the export of Ukrainian grain, leading to a global food crisis and rising food prices, can be resolved by buying last year’s and this year’s crops from Ukraine for a total of $30-35 billion through a specially created fund. This will contribute to the development of exports from the country and its internal processing in the agro-industrial complex, as well as provide the Ukrainian agricultural sector with working capital and the opportunity to continue working in the conditions of the military invasion of the Russian Federation. 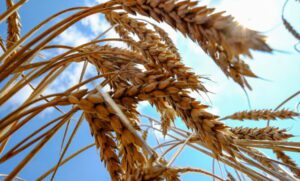 Hungary is working on expanding the border checkpoints with Ukraine Chop-Zahony and Luzhanka-Beregshurani in order to equip corridors for the export of agricultural products bypassing Ukrainian seaports blocked by the Russian Federation.
This was announced by the Parliamentary State Secretary of Hungary Levente Madyar during a meeting with the head of the Transcarpathian Regional Council Volodymyr Chubirko, organized to address issues of current and future humanitarian support for Ukraine by Hungary.
For his part, the head of the Transcarpathian Regional Council promised, as far as possible, to assist in the implementation of all projects planned by Hungary for implementation in Ukraine, and presented the Hungarian official with world-famous stamps and a postcard on the theme of the Russian ship.
As reported, Ukraine, together with Hungary, intends to apply to the European Union to increase the throughput capacity of checkpoints on the Ukrainian-Hungarian border.
“We will apply together to the EU so that we can develop the capacity of transit corridors from both the Ukrainian and Hungarian sides. We are concerned about what the food supply of the world will be like as a result of the war … We are interested in the movement of goods to accelerate. This is not only the Hungarian , Ukrainian or European interest. This is a global interest,” Hungarian Agriculture Minister Ivstan Nadia said last week.
According to the Minister of Agrarian Policy of Ukraine Mykola Solsky, Slovakia and Hungary are logistics corridors in the European market that have not been developed, because Ukraine exported agricultural products mainly through the sea.
“We have fewer checkpoints on the border with Hungary than with Romania or Poland, so we plan to increase it and are already working on it,” the Ukrainian minister stressed.

PRESIDENT ZELENSKY: THERE IS PROGRESS IN NEGOTIATIONS ON GRAIN EXPORTS IN TURKEY 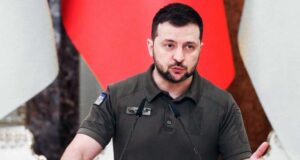 President of Ukraine Volodymyr Zelensky noted “certain progress in the negotiations in Turkey on the restoration of food exports from Ukraine through the Black Sea.
“We are indeed making significant efforts to restore food supplies to the global market. I am grateful to the UN and Turkey for their respective efforts,” he said Wednesday evening in a traditional video message.
“The success of this story is needed not only by our state, but, without exaggeration, by the whole world. If the Russian threat to shipping in the Black Sea is removed, this will alleviate the severity of the global food crisis,” Zelensky said.
“The Ukrainian delegation reported to me that there is some progress. In the coming days, we will discuss the details with the UN Secretary General,” he said in conclusion.