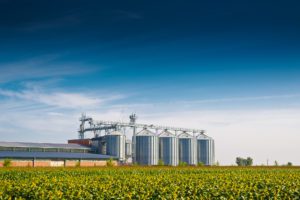 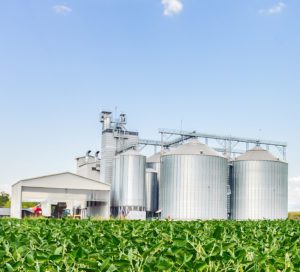 POSCO DAEWOO Corporation (South Korea) has announced that it signed an agreement with the Orexim Group from Ukraine on the acquisition of 75% of shares in the grain export terminal being built at the Mykolaiv maritime merchandise port, the company has reported on its website. The financial terms of the deal were not disclosed.
It is expected that after the completion of construction in July 2019 the annual grain loading of the terminal will be 2.5 million tonnes, handling mostly corn, wheat and soybeans.
After acquiring the terminal, POSCO DAEWOO announced that it would be able to oversee the entire supply chain of grain produced in Ukraine and manage a more efficient inventory.
“With the latest deal, POSCO DAEWOO said it would be able to gradually oversee logistics through the purchase, inspection, storage and shipment of Ukrainian grain production, as well as reduce risk and ensure effective inventory management in accordance with individual demand,” the Korean company said.
The company plans to cover the infrastructure for the processing of agricultural products and logistics, in order to become the largest food resource production company in South Korea.
POSCO DAEWOO also said that the deal said the deal would also help contribute to Korea’s food security, since grain supplies to the country largely depend on exports, because the country’s self-sufficiency in corn and wheat is only 1%.
In March 2018, the Orexim Group launched the sixth stage of the Every terminal at Mykolaiv power, boosting the total loading to 1.6 million tonnes. Its core business is exports of agricultural products, port and logistic services. 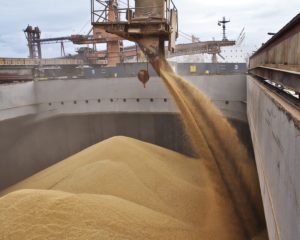 Ukraine in 2018 exported grain for $7.2 billion, hitting the record, the press service of the Institute of Agrarian Economics national research center has reported.
According to the Institute of Agrarian Economics, grain exports in kind fell by 0.4% in 2018 compared with 2018, to 41.7 million tonnes, and the record revenue is linked to growth of grain prices.
The volume of wheat and barley exports in 2018 fell compared with 2017 to 16.4 million tonnes and 3.6 million tonnes respectively.
At the same time, according to the institute, in 2018, corn exports exceeded the figure for 2017 by 10%, amounting to 21.4 million tonnes. Export of rye also increased fourfold, but its volumes still remain insignificant – about 100,000 tonnes.
According to the Institute of Agrarian Economics, the countries of Asia, Europe and Africa remain the largest buyers of Ukrainian grain. Egypt is the leader with a share of 9.2%, but in 2018 it reduced purchases of Ukrainian grain to $666 million (a fall of 20%).
Spain ranked second for the second year in a row (8.9%), which in 2018 increased the volume of grain purchases to $643 million (a rise of 35%). The top buyers of Ukrainian grain are the following: the Netherlands ($556 million), China ($552 million), Indonesia ($487 million), Saudi Arabia ($449 million), Italy ($336 million), Philippines ($316 million), Tunisia ($290 million), Morocco ($263 million), and Libya ($248 million). In total, these 11 countries formed two thirds of the value of all purchases of grain products, the Institute of Agrarian Economics reported. 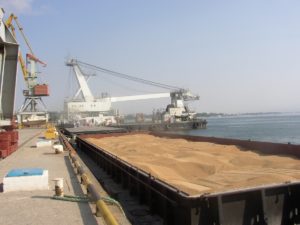 EXPERT PREDICTS CHANGES OF FOCUS IN STRUCTURE OF GRAIN 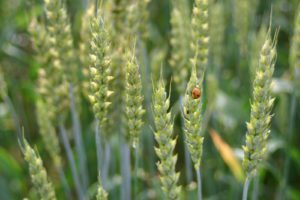 UkrAgroConsult in the current year expects a recovery in barley production, an increase in wheat production and a slight decrease in corn production.
“In 2019, the focus will probably change. We expect recovery in barley production, growth in the wheat harvest and, most likely, some decline in corn production. But the overall supply of grain from Ukraine will remain in a growing trend, Ukraine will remain a strong player in the global agricultural market,” founder and CEO of UkrAgroConsult Serhiy Feofilov said.
According to him, four seasons in a row Ukraine has been collecting record grain yields. After a slight decrease in harvest in 2017, the gross grain harvest showed a record high again.
“Of course, if to exclude weather disasters, there is every chance to further increase production. Technologies do not stand still and help reduce the risks of farmers,” he said.
The director general said that the record high harvest revealed weak points in Ukrainian logistics, which in the conditions of the record harvest could not cope with the efficient transportation of grain to elevators and ports. The second “problem area” was insufficient storage capacity, especially in the midst of harvesting a record harvest of corn and sunflower. 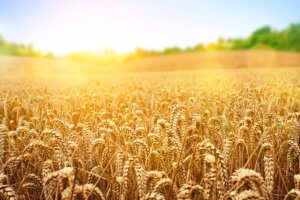