An overstated tariff for energy from renewable sources (RES) in comparison with the market rate leads to significant and problematic payments to investors for Ukraine, which are estimated at $ 10-20 billion until 2029, acting Energy Minister Yuriy Vitrenko has said.

“If to look at the difference between the feed-in tariff and the market price, at least now, and multiply this by conservative estimates of production from renewable sources and multiply this by the term of the feed-in tariff – until 2029, then the amount of compensation from the state budget to investors in green energy will be from $ 10 billion to $ 20 billion,” he said while discussing the economic strategy until 2030.

Vitrenko noted that the feed-in tariff is several times higher than the market price.

“For a developing country like Ukraine, $ 10-20 billion is a significant amount, which is a problem,” he stressed.

The minister also criticized the current system of payments through the energy system operator Ukrenergo, which has no interest in paying for renewable energy sources, since their uneven generation brings it additional problems. According to Vitrenko, such payments should be made through the state budget as a public good in the form of clean energy. 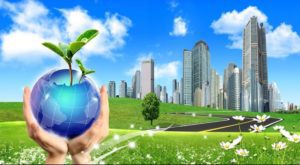 Ukrenergo last night for the first time was forced to limit “green” generation at Botiyevska, Prymorska-1 and Orlovska wind farms (all are within DTEK Group), Andriy Gerus, the head of the Verkhovna Rada committee on energy and housing and utilities services, has stated.
“Such a limitation was 300-400 MW at certain hours of the night. Nevertheless, according to the existing rules, DTEK will still receive the payment of a feed-in euro tariff of UAH 2.9 per kWh (EUR0.102), despite the fact that the energy system did not need but did not use the electricity produced by the corresponding wind farms (the price of the matter is millions of hryvnias). The corresponding payment will fall on state-owned Energoatom, Ukrhydroenergo and the Ukrenergo tariff, which all consumers will pay for,” he said on Facebook.
Gerus emphasized that in the future this situation will occur more and more often.
“The problem is growing, and in spring it will reach a large-scale character. I am convinced that investments necessary for the state are those that benefit the state and give investors the opportunity to earn profit. And the state’s interest must be taken into account in this structure,” he said.
As reported, on October 16 the Rada energy committee approved bill No. 2236-2 (the Servant of the People party), which allows, when dispatching, to give priority to operator-producers of alternative energy with an installed capacity of up to 150 MW. Compensation of the cost of electricity not sold at the feed-in tariff in connection with dispatching restrictions is also provided to the stations whose capacity does not exceed 150 MW.