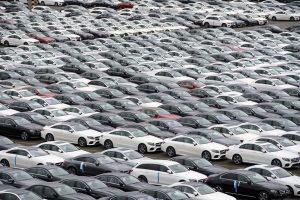 Initial registrations of new commercial vehicles (including heavy trucks) in Ukraine in March doubled compared to the same month of 2020, to 1,155 vehicles, and in general, 2,820 vehicles were registered in January-March, or almost a third more than in the first quarter of last year, according to the Ukrautoprom association.
According to the association’s website, the March result was the best since the beginning of this year – 901 vehicles were registered in January, and 765 new commercial vehicles in February.
At the same time, as reported, in March 2020, the demand for commercial vehicles decreased by 41% compared to March 2019, to 568 vehicles, since after the introduction of quarantine in the country (from March 12) to March 27, service centers of Internal Ministry did not register new commercial vehicles.
According to the report, in March of this year (as well as a year earlier) the best result of the month was demonstrated by French Renault, which increased sales by 17%, to 143 vehicles.
Fiat retained its second place, adding 27% in sales to 136 vehicles. The third place is taken by Peugeot, 119 vehicles and an increase of 2.2 times.
The fourth place, as in March 2020, is taken by Ford, the registrations of vehicles of this brand increased by almost 1.6 times, to 92 vehicles.
Belarusian MAZ closes the top-five in March (in March 2020 it rolled back to the eighth place), and has quadrupled sales to 87 trucks.
Citroen has significantly increased registrations compared to March 2020 (some 2.3 times, to 78 vehicles), MAN (3 times, to 53 vehicles), and Scania (2.5 times, to 42 vehicles).
Chinese brands continue to increase registrations: HOWO – to 31 vehicles versus one in March 2020, JAC – 16 versus four, and Dong Feng – 16 units versus none.
The association also cites statistics on sales of buses (including micro ones) in March, which demonstrates the opposite trend: the sales decreased by 63.3% versus March 2020 and by 11.7% versus February 2021, to 106 buses, primarily due to the reduction of registrations of the leading brand Citroen by 64.4%, to 53 buses.
The second place is taken by Ford (15 buses versus 12 in March 2020), the third by Hyundai (eight buses against four), and the fourth by Ukrainian Etalon (five buses). There are no Ukrainian Bogdan and ZAZ in the rating, and only three of Ataman buses are registered.
Russian brands continue to be registered – PAZ (five units), and UAZ (five units). 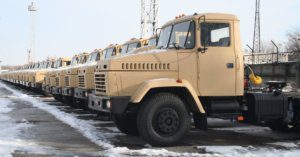 Private joint-stock company AvtoKrAZ (Kremenchuk, Poltava region), the sole Ukrainian manufacturer of heavy trucks, plans to boost production and sales of trucks to 1,200 units in 2018, while in 2017 the enterprise made 629 trucks and sold 677 units, according to a financial report of the enterprise for 2017. According to the document, it is planned to increase production and sales of vehicles thanks to retaining positions in the domestic market and increasing export orders.
The main sales market will remain internal, where it is planned to supply about 800 trucks, or 66% in the sales volume. The share of supplies for export is expected to increase to 34% compared with 19% in 2017. In supplies to the Ukrainian market for the current year, it is expected that 41% will be orders for state-owned structures, and supplies for municipal companies are planned to quadruple.
According to the report, in 2018, AvtoKrAZ intends to continue work on the adaptation of power units to the Euro 6 emission standard and the creation of promising truck models. At the same time, the main attention will be paid to expanding the lines of special equipment for the Armed Forces and compact trucks for public utilities companies. The main rivals of AvtoKrAZ are the trucks of manufacturers from the CIS (MAZ, KamAZ, UralAZ), which are in the same strategic group with KrAZ in terms of the price/quality ratio.
In addition, among the rivals in the markets of Asia and Africa are trucks of Chinese, South Korean and Indian manufacturers.
At the same time, according to the document, such Western manufacturers as Daimler AG (Mercedes, Freightliner, Mitsubishi, Western Star), Scania, Iveco, MAN, DAF, as well as American, Japanese and South Korean companies, which main markets were Western Europe, Japan and North America, in recent years, due to a sharp drop in demand in these markets, are forced to look for new markets in Southeast Asia, Eastern Europe, CIS countries and Africa, that is, where the positions of AvtoKrAZ are traditionally strong.
According to the company, in 2017, out of the 629 trucks produced, 43% of the trucks were dropside trucks, 35% – automobile chassis, 19% – tractor trucks, and 3% – dump trucks.
The main consumers of equipment in Ukraine in 2017 were power structures, oil and gas and municipal sectors. Abroad, the main importing countries are Georgia and Kazakhstan, Turkmenistan, African countries (Nigeria, Egypt, Mali and Ethiopia) and the Middle East (the UAE, Iran). At the same time, the volume of supplies to Ukrainian customers was increased by 50% compared with 2016.
At the same time, the company recalled that until 2013 the main sales market was Russia, where more than 50% of sales were made, and in 2013-2015, this share was reduced to 10%.
Revenue from sales of trucks in 2017 totaled UAH 945 million (90% of total revenue). Spare parts for UAH 64 million were sold (6%), casting products for UAH 23 million (2%) and other products and services for UAH 16 million. AvtoKrAZ adjusted net loss seen in 2017: it was UAH 89.73 million (according to the preliminary data it was UAH 235.6 million), which is 52.4% less than in 2016. Net revenue totaled UAH 1.048 billion (15% down).