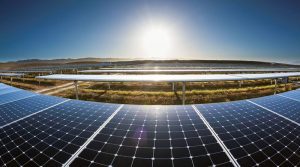 The volume of investments in household solar power plants reached EUR 600 million from 2015 by the end of 2020, the State Agency on Energy Efficiency and Energy Saving has reported.
“As of the end of 2020, there are more than 29,900 families in Ukraine who have installed solar panels. Their total capacity reaches 780 MW,” the agency said on Facebook.
According to the report, the top three in terms of the number of household solar plants are Dnipropetrovsk (4,184), Ternopil (2,512) and Kyiv (2,350) regions.
The agency also indicated that from 2018 to 2020 inclusive, the number of households with solar plants increased fourfold – from 7,450 to 29,900.
Taking into account the agency’s data for the first three quarters of 2020, in its last quarter, the capacity of solar plants increased by 68 MW, and investments by EUR 40 million. The number of households that connected home solar generation facilities rose by almost 1,500.

The relevant Rada committee, when preparing the adopted law on green auctions for signature by the speaker, proposes making a clear definition of conditions for providing feed-in tariffs for all household solar power plants with a capacity of up to 30 kV, indicating that their owners are entitled to such a tariff until the end of 2019.
Oleksandr Dombrovsky, the chairman of the Verkhovna Rada committee on fuel and energy complex, nuclear policy and nuclear safety, said on his Facebook page that he had sent a letter to Rada Speaker Andriy Parubiy with a corresponding proposal.
According to him, in the process of technical and legal preparation of the law on green auctions, adopted by the Verkhovna Rada, the main legal department of the Verkhovna Rada revealed inconsistencies that may lead to incorrect practice of its application. Thus, the law established the procedure for calculating feed-in tariffs for households operating solar plants of up to 50 kV, provided they are placed on roofs, facades of buildings and other housing structures. However, he did not foresee the procedure for calculating the tariff for all household solar plants with a capacity of up to 30 kV until the end of 2019.
To eliminate this gap, the procedure of Article 131 of the regulations may be applied, which allows for clarification of the wording of the voted law, the committee believes. 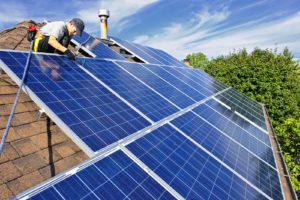 In January-March 2019, 1,393 Ukrainian households installed PV modules with a total capacity of 33 MW, Director of the renewable energy department of the State Agency for Energy Efficiency and Energy Saving of Ukraine Yuriy Shafarenko has written on his Facebook page.
According to him, thus, by the beginning of April their total number reached 8,850 families, and the total installed capacity was 190 MW, which is about 20% more than it was at the beginning of the year.
The capacity of home solar power plants is an average of 21.5 kW per family.
The largest number of plants was installed in Dnipropetrovsk (1,072 families, 25 MW), Kyiv (904, 25 MW), Ternopil (808, 21 MW), Ivano-Frankivsk (50, 13 MW) and Kirovohrad regions (562, 15 MW). Shafarenko said that the greatest activity is observed in those regions where local support programs are in effect, providing for compensation of a part of the cost of equipment (from 10% to 30%).
As reported, the number of Ukrainian households that installed PV panels in 2018 more than doubled (by 4,500) and reached 7,500; the total capacity of the equipment installed by them reached 157 MW by the end of 2018.

HOUSEHOLD APPLIANCES MARKET IN UKRAINE COULD GROW BY 15% IN 2019 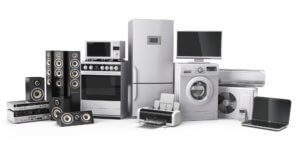 BSH Household Appliances LLC, the official distributor of Bosch, Siemens and Gaggenau household appliances in Ukraine, expects that the Ukrainian household appliances market (major and small domestic appliances, MDA, SDA) would grow by 10-15% in 2019, BSH Household Appliances Director General Serhiy Maksymov has said.
“The current year is the second year in a row, when the market shows a significant increase. If last year in real terms the increase exceeded 20%, then by the end of January-October 2018 the increase was about 18%, and we hope that this trend will continue until the end of this year,” he told reporters at a press briefing on Tuesday.
Among the factors that determined the growth of the market in the current year, is deferred demand (as in the past), but he said that the increase in credit sales contributed to it.
“The tendency of growth in demand has survived, but many buyers buying on credit were added, and the steady growth of the market was accompanied by a large number of consumer loans that drove the market. Of course, they take more expensive equipment, such as built-in modular one, and the share of credit sales can go up to 50%,” Maksymov said.
According to him, the share of the company’s brands in the current year on the MDA market was about 10%. In the SDA segment, the company lost an aggregate of about 2% due to the withdrawal of the Zelmer brand from the market last year. At the same time, the Bosch brand has significantly increased sales and, in general, the share of the company’s brands in the SDA market is 11-12%.
“For example, Zelmer meat grinders were very famous, but we expanded the range of Bosch meat grinders and they took a good share,” he said.
Maksymov recalled that in the crisis year of 2015, sales of household appliances in Ukraine halved compared with the previous year, and the pre-crisis level of sales has not yet been reached.
“Even if we take into account that by the end of this year the current growth pace of the market will continue, then we will not reach another UAH 200 million to the pre-crisis level,” he said.
The company, citing data from the State Statistics Committee, said that in 2014, the volume of sales of SDA in Ukraine amounted to UAH 4.57 billion, MDA – UAH 9.38 billion.
At the same time, in the opinion of the head of the company, in 2019, with the expected growth pace, the market may exceed this level.
“Now there are fears in the world about the next global crisis, but there is no single trend of its influence on different countries, so we have hope that we are confidently getting out the crisis, which can be called global and which we passed in 2014. And we hope with partners – large networks, that the next year will show a positive trend,” Maksymov said.
Referring to the results of sales on Black Friday, Maksymov said that the growth in the home appliances market was 50% compared with the previous week, and the discount in price for buyers ranged from 20% to 40-50%. According to him, the discounts on equipment were real, the manufacturer and retailers abandoned the margin.
“Sales of refrigerators showed an increase of up to 200%, vacuum cleaners – 179%. Vacuum cleaners are the largest category in the SDA segment (25% share), the second position is the slow cooker, but with 12% share,” he said.
He said that one of the trends in the market is the growing interest of Ukrainians in a healthy lifestyle, which, in particular, determined the growth in sales of stationary blenders (using which one can make smoothies, soups and mashed potatoes), juicers, and refrigerators with VitaFresh technology.
He recalled that the largest segments on the MDA market remain refrigerators and washing machines (one third of the market each), with the highest growth rates showed by new categories – drying machines and dishwashers.
“This is a positive trend, because the saturation of the market of refrigerators in households today is 98-99%, and dishwashers – only 4-5% (for example, in Germany it is 80%). And if they show growth, then the incomes of the population increase. In this segment, the share of our brands is 48% “, Maksymov said.