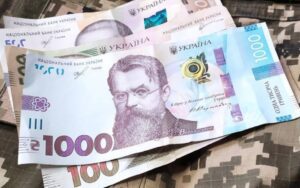 War risk insurance is the main condition for attracting investments to Ukraine, said the former US Ambassador to NATO and Special Representative of the US State Department for Ukraine in 2017-2019. Kurt Volker, at a meeting with members of the European Business Association (EBA) Warconomic Talks.
According to the EBA website, according to Volcker, covering war risks for investors should be a key issue in the coming months and years to attract investment in the Ukrainian economy. To do this, according to him, the governments of partner countries should direct a certain amount of resources to subsidize such insurance.
Volker noted that the war unleashed by Russia challenged the Ukrainian economy and became another factor that stirred up the global economic environment. Shutdown of business operations, interruption of logistics routes and supply chains, suspension of exports – all these factors put pressure on the economy and increase inflation. In this context, the financial support of the international community is very valuable, but Ukraine will need a lot of resources to recover. War is an emergency requiring extraordinary efforts, he said.
Answering the question whether American investors are ready to come to Ukraine, Volker noted that he sees significant support and interest in Ukraine, including from the private sector, but it is not yet completely clear what guarantees of security and return of investments, protection of interests investors. According to him, practical guidance is now needed on how foreign investors can bring money to Ukraine even in the conditions of war. 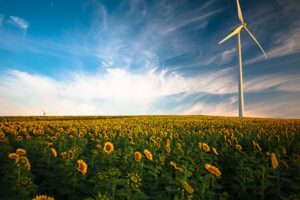 The Ukraine Recovery Plan for 2022-2032 includes a number of projects in the agro-industrial complex, the implementation of which will require an investment of at least $37 billion, including a project for the development of processing in the agricultural sector in accordance with the Green Deal principles, for which it is planned to raise $10.2 billion.
It is proposed to increase the production of starch, syrups, gluten, lecithin, protein, premixes, meat and milk as the key directions for the development of processing in the agro-industrial complex, according to a detailed document provided to Interfax-Ukraine by Secretary of the National Council for Ukraine Recovery Danylo Hetmantsev.
It is also planned to attract $4 billion of investments in the construction of an irrigation system on a total area of 1 million hectares, $7.7 billion in increasing the production of agricultural products with high added value, $1.6 billion in the reclamation of war-damaged lands, $5.5 billion in increasing livestock production and $1 billion to promote the transition of the Ukrainian agro-industrial complex to “green” development.
According to the document, it is planned to attract $6.5 billion by 2032 to restore 10,500 Ukrainian agricultural enterprises after the war.
The plan for the recovery of Ukraine specifies that the main problems of the Ukrainian agro-industrial complex are the low degree of agricultural products processing, the generation of insignificant amounts of surplus value by the agricultural sector, and the country’s dependence on “oversized imports.”
As reported, the Ukraine Recovery Plan is aimed at accelerating sustainable economic growth. The plan defines a list of national programs to achieve the key results.
In total, the program provides for the implementation of 850 projects during 2022-2032, which will allow Ukraine to enter the TOP-25 countries in the world in terms of the Human Capital Index and the Economic Complexity Index. 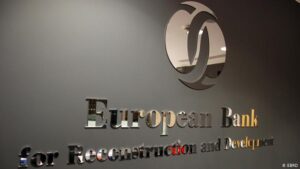 The European Bank for Reconstruction and Development (EBRD) intends to invest $1 billion in 2022 and is ready to finance NJSC Naftogaz Ukrainy, said Bank President Odile Renault-Basso.

“We intend to continue investing $1 billion this year and we are focused on supporting key infrastructure such as the power grid (Ukrenergo), we are reserving a Naftogaz credit line to support their working capital and liquidity,” she said during the discussions at the Ukrainian House in Davos as part of the World Economic Forum on Wednesday.

The EBRD intends to offer an investment plan to support these companies and the private sector in general, provide credit lines for agribusiness and pharmaceuticals and not only, she added.

PRESIDENT OF EUROPEAN COUNCIL: MASSIVE INVESTMENTS TO BE SENT TO UKRAINE TO REBUILD IT AFTER WAR 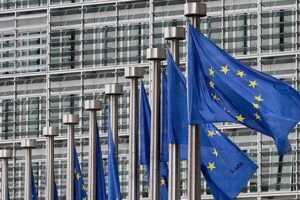 President of the European Council Charles Michel has said that “massive investments” will be sent to rebuild Ukraine after the war, which was waged against it by Russia.

“We will continue to assist Ukraine with political, financial, humanitarian and material support. We’ve agreed to develop a Ukraine development trust fund. In the short term, it will help support Ukraine, and in the long term, it will provide massive investments to rebuild economy and infrastructure,” he said, speaking at the European Parliament on Wednesday.

The President of the European Council also assured that the EU’s support for Ukraine is “rock solid.” “We are more united than ever. United in sanctions on Russia, united in putting pressure on the Kremlin, united in supporting Ukraine as much as we can. We know we are… with the US, Canada, Japan, Australia, the Republic of Korea, the UK and many countries of the world, we are ready… [to bear the burden of] the sanctions. And, most importantly, our unity, our EU unity, our Atlantic unity, our determination. These are our main assets to end the war, to stop these atrocities and to help rebuild Ukraine,” Michel said. 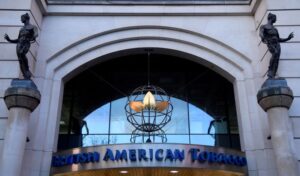 British American Tobacco (BAT), one of the world’s largest manufacturers of tobacco products in the world, has suspended its work and business operations in Ukraine due to the military invasion of the Russian Federation, while in the Russian Federation the corporation will suspend all planned capital investments and “rationalize its marketing activities”.
The corresponding statement was posted on the corporation’s website on Wednesday.
“In Ukraine, we have suspended all business and manufacturing operations and are providing all the support and assistance we can to our colleagues, including relocation and temporary accommodation. Our businesses bordering Ukraine are providing assistance to the humanitarian relief effort. In Russia, we have a full establishment of our people right across the country, including substantial local manufacturing. Our business in Russia continues to operate. As a key principle we have a duty of care to all our employees at this extremely complicated and uncertain time for them and their families,” it said in the report.
“We are deeply concerned about the conflict in Ukraine. The safety and wellbeing of our people there and across the region is our first priority. We have full local establishments of 1,000 people in Ukraine and 2,500 in Russia. Our thoughts are with them all at this incredibly difficult time,” the report says.
“We have suspended all planned capital investment into Russia and will focus on our portfolio of locally produced tobacco products – including our heated tobacco products. Furthermore, we are scaling our business activities appropriate to the current situation, including rationalizing our marketing activities. This fast-moving and complex situation demands us to constantly assess a wide range of factors and considerations. We are complying, and will continue to comply with, all international sanctions related to this conflict in full,” the company said.

INVESTMENTS IN KYIV REAL ESTATE RAISE UP TO $33 MLN 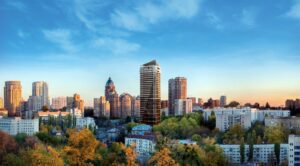 The volume of investments in real estate in Kyiv amounted to the equivalent of $33 million in January 2022, which is 35% less than in December 2021, but 25% higher than in January 2021, First Realty Group told Interfax-Ukraine.
“The level of capitalization was affected by the long New Year holidays. At the same time, we are seeing a trend of changing the portrait of the buyer – today the greatest demand is for objects in the medium and high price segments,” Olena Biberova, the CEO of Blagovist, said.
According to Blagovist, in January 2022, the segment up to $50,000 took a share of 9% of the total number of transactions. In this category, mainly one- and two-room apartments were purchased, most of all in Dniprovsky and Desniansky districts of the capital. Transactions with apartments accounted for the bulk of the share.
In the segment from $50,000 to $100,000, some 37% of operations in January were completed, mostly apartments in residential areas of Kyiv.
The price category from $100,000 to $250,000d became the most massive in January, it gave 41% of transactions. Here two- and three-room apartments in Solomiansky, Darnytsky, Pechersky districts of Kyiv prevail.
The price category from $250,000 in January was represented by 13% of the total volume of transactions.
Blagovist real estate agency, founded in 1993, is part of First Realty Group corporation. Currently, there are eight offices of the agency in Kyiv, with which about 500 professional real estate consultants cooperate.