BUSINESSMAN VASYL KHMELNYTSKY: WE CONTINUE TO WORK, CREATE VALUE AND INVEST IN UKRAINE 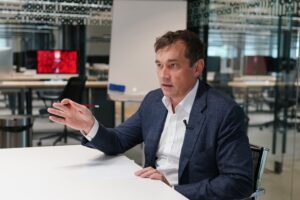 The owner of the UFuture group, businessman Vasyl Khmelnitsky, has said that he and his family have no plans to leave Ukraine and go abroad, and expressed confidence that there will be no full-scale war and its threats are not justified.
“Me and my whole family (mother, wife, children and grandchildren) stay in Ukraine. We continue to live our usual lives and do not plan to go abroad. My whole team also remains in the country. We continue to work, create value and invest in Ukraine,” Khmelnytsky wrote on his Facebook page on Tuesday.
He said that he speaks exclusively as an entrepreneur, and his position is based on an understanding of many internal and external processes.
“But these are political processes, and I don’t want to discuss them publicly,” he said.
Khmelnytsky expressed the opinion that today, the most real threat that paralyzes all processes is panic.
“What can we do now to at least slightly stabilize the situation: 1. Continue to work effectively and live a familiar full life. 2. Maintain critical thinking, common sense and a cool head,” the businessman said.
“Whatever storms occur in the country and the world, I will leave my ship last,” he added.
A day earlier, a similar public post was posted by Andriy Stavnitser, co-owner of the TIS terminal group and the towing company P&O Maritime Ukraine, calling for “constructive calm activity.”
“We can’t let this crisis go to waste, it should make us stronger… I don’t believe in a full-fledged invasion, but I better be ready,” the businessman wrote.
UFuture is a holding company that brings together Khmelnytsky’s business and social projects. It has a diversified portfolio of assets in real estate, infrastructure, industry, renewable energy, pharmaceuticals and IT. The value of UFuture’s assets is estimated at $500 million. The total capitalization of the businesses in which it has invested is up to $1 billion. 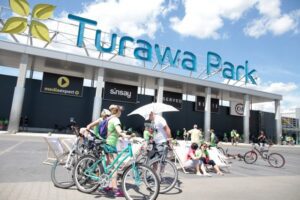 The Ukrainian real estate investment fund Focus Estate Fund has acquired the Turawa Park shopping center in Opole (Poland) from the international investment management group abrdn for an undisclosed amount, the fund’s general partner Maksym Shkolnik has said.
“This is our fourth asset in Poland, and we plan to continue scaling our portfolio in the Polish market, where we have been present for more than five years,” he said.
BNP Real Estate, which operates the shopping center, brokered the deal. B2R Law, CSWP, Dentons, CMS and Gleeds advised on this transaction.
Turawa Park is a multi-format shopping center with a total area of over 35,000 square meters, which has more than 60 stores. It includes a gallery with an area of 18,000 square meters, a retail park of 8,000 square meters, and the area of DIY stores – 9,000 square meters. The parking area is designed for 1,320 cars.
Turawa Park’s anchor tenants are such well-known brands as Carrefour, Reserved, Sinsay, Media Expert, Action, Smyk. Other tenants are Rossmann, Big Star, C&A, Pepco, Levis, Sephora, Deichmann.
According to the press service of the fund, at the time of the acquisition, the total vacancy rate was 29%.
“We see good prospects in the value-added retail segment in which we operate. Custom retail parks and neighborhood malls have proven to be some of the most resilient classes during the pandemic. As for the deal itself, it was rather complicated, and I would like to thank the abrdn team for their professional and balanced approach,” Shkolnik said.
The fund’s portfolio includes three more shopping centers in Poland in the cities of Sandomierz, Zgorzelec and Bartoszyce.
At the end of 2021, Focus Estate Fund sold two of its retail properties in the Czech Republic to the DRFG investment group: Centro Ostrava Retail Park and Most Retail Park.
Focus Estate Fund is a real estate investment fund focusing on non-premium medium-sized retail properties in Central and Eastern Europe. 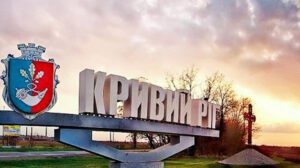 PrJSC ArcelorMittal Kryvyi Rih (Dnipropetrovsk region) in 2021 invested more than UAH 258 million in social initiatives in Kryvyi Rih and the region.
According to a press release on Friday, this is the company’s total contribution to large-scale projects in four areas – healthcare, education, cooperation with local communities, and the development of Kryvy Rih.
Summing up the results of 2021, CEO of ArcelorMittal Kryvyi Rih Mauro Longobardo said that the company has identified key areas for the implementation of social projects and the creation of a comfortable environment in Kryvy Rih, which is fully consistent with the development priorities of the city and local communities.
Investments in healthcare amounted to UAH 158 million, in the development of Kryvy Rih – UAH 70 million, in education – UAH 23.5 million, and in the development of local communities – UAH 7.1 million.
ArcelorMittal Kryvyi Rih is the largest manufacturer of rolled steel in Ukraine. It specializes in production of long products, in particular, rebar and wire rod. 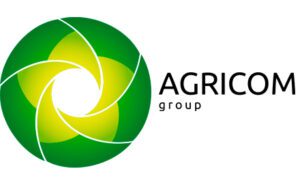 Agricom Group in the second half of 2021 invested about $ 2 million in the development of a plant for the production of cereal flakes under the Dobrodiya brand, located in the village of Mykhailo-Kotsiubynske (Chernihiv region), the company also plans to launch three new lines of products next year.
The co-owner and executive director of the agricultural holding and the new president of the Ukrainian Agribusiness Club, Petro Melnyk, told about this in an exclusive interview with the Interfax-Ukraine agency.
“In 2021, we adopted a new strategy, according to which we plan to invest about $ 20 million in the development of processing in Ukraine within five years. Over the past six months, we have invested about $ 2 million. Now the construction of a production warehouse is in full swing, this is an additional investment. I hope we will participate in the opening by spring or closer to summer,” he said.
In addition, the agricultural holding plans to start production of three new product lines in 2022 at the specified production site with an area of 6 hectares in Chernihiv region.
“Next year we plan to launch three new product lines. These are not cereals, these are other products, we will actively announce their appearance on the shelves. Six hectares of the production site, where we see the second and third lines of production in the future,” Melnyk emphasized.
In addition, the group of companies is considering the feasibility of launching production of fuel pellets in Zhytomyr region.
According to Melnyk, Agricom Group is implementing the relevant plans thanks to a successful season in terms of financial indicators and an increase in sales of products under the Dobrodiya trademark.
The agro-industrial group, founded in 2013, specializes in the development, production and distribution of cereal-based food products. The group of companies cultivates about 28,000 hectares in Luhansk, Chernihiv, Rivne and Zhytomyr regions.

ISRAELI AMBASSADOR: OUR INVESTMENTS IN UKRAINIAN IT SECTOR MAY RISE AFTER LAW ON DIIA CITY ADOPTION

Israeli Ambassador to Ukraine Michael Brodsky expects the growth of Israeli investments in the IT sector of Ukraine after the adoption of the law on Diia City. “I believe that after the adoption of the law on Diia City new investments may come to Ukraine. We are already talking about a deeper participation of Israeli capital, Israeli companies in the IT market in Ukraine, as there are prerequisites for this. Now, together with the entry into force of Diia City, a legislative and tax base is being created. Therefore, I think that this direction today is very promising,” he told Interfax-Ukraine in an exclusive interview.
According to him, services related to the IT sector may also be included in the updated free trade agreement (FTA), the preparation of which will start in 2022.
“The IT sector is one of the main sectors of cooperation between Israel and Ukraine in recent years, as over half of the outsourcing of the Israeli high-tech today falls on Ukraine,” he said.
The ambassador also said “in Ukraine, there are 30,000 or 40,000 programmers for Israeli companies.”
“In other words, imagine that each of these programmers earns on average $3,000 to $4,000 a month at least, or even much more. But even if we take the minimum wages, it turns out that multiply 30,000 or 40,000 by $3,000 is the Israeli contribution to the Ukrainian economy, the contribution of Israeli companies,” Brodsky said.
On the other hand, according to him, “this is a Ukrainian contribution to the economy of our country, since Israel is sorely lacking in programmers.”
“Israeli high-tech is the locomotive of our economy. Income to the state treasury from high-tech is one of the most serious components of the Israeli national budget today. Therefore, if there are people in Ukraine who can help Israeli companies to fulfill their task, then that is great. This brings our countries closer together, and this is an absolutely mutually beneficial situation,” Brodsky said.
According to him, this direction is one of the basic in Ukrainian-Israeli cooperation, along with agriculture, irrigation and medicine. Brodsky said the company Netafim, which develops projects and sales of Israeli technologies in drip irrigation.
“Representatives of several Israeli companies recently visited the regions, and we hope that there will be a continuation, as the topic is relevant for both countries. We feel interest from Ukraine, the president spoke about this when he met our president here,” he said. 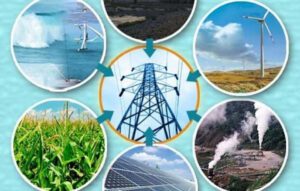 With a cumulative rating of 1.74 out of 5, Ukraine ranks 21st in the ranking of the investment potential of developing countries in terms of energy transition, and 48th globally. This is stated in the tenth Climatescope report, which is carried out annually by the analytical center of the Bloomberg agency – BloombergNEF – and covers 136 countries of the world (107 developing and 29 developed).
Analysts note the country’s progress in fulfilling the First Nationally Determined Contribution to the Paris Agreement, according to which Ukraine pledged to reduce greenhouse gas emissions to 60% of the 1990 levels by 2030, but did so much earlier. So, in 2019, according to the draft Ukraine’s Greenhouse Gas Inventory for 1990-2019, carbone dioxide emissions amounted to 332 million tonnes – 37.6% of the 1990 level.
It is also indicated that Ukraine, according to the updated Nationally Determined Contribution, pledged to reduce emissions by 65% by 2030 and increase the share of renewable energy sources (RES) in electromix to 25% by 2035.
The report notes that Ukraine has met the previous target of increasing the share of renewables to 11% by 2020, in particular thanks to financial incentives and benefits from the government.
The analysts also mention “green” auctions, which are expected in 2022-2025.
At the same time, the issue for refusing fossil fuels refers to Ukraine’s promise to abandon coal energy by 2035, which was given by representatives of the Ukrainian delegation at the COP26 climate summit in Glasgow. At the same time, in a comment to the Green Deal portal, Deputy Prime Minister of Ukraine Olha Stefanishyna said that the Cabinet of Ministers did not approve official documents in order to abandon coal generation by 2035, and the Ministry of Energy will have to adjust this date.
Analyzing the transport sector of Ukraine, the experts draw attention to the goal of the National Transport Strategy to achieve a 75% share of electric transport in domestic transport by 2030, a bill regulating the operation of only electric buses on the routes after 2030, as well as a bill that prohibits the import of gasoline and diesel cars to Ukraine from 2030.
Despite the absence of grants or loans for the purchase of electric vehicles, Ukraine intends, with the support of the EBRD, to introduce interest-free loans for these purposes, BloombergNEF says. At the same time, it is noted that in Ukraine since 2016 the import duty on electric vehicles has not been levied and the VAT exemption has been extended until 2022.
The weakest dynamics of development is observed in the housing and utilities services sector. The analysts emphasize that Ukraine is highly dependent on gas for heating buildings, while energy efficiency standards are at the minimum level. At the same time, the “warm loans” program is mentioned.