UKRAINE PLANS TO PRESENT INVESTMENT PROJECT ON CONSTRUCTION OF ICE ARENA IN KYIV WORTH UAH 1.7 BLN 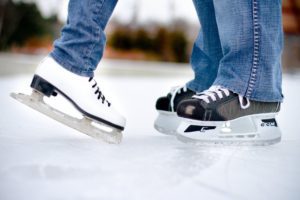 Ukraine at the Ukraine Reform Conference in Canada (Toronto) in July 2019 plans to present a government investment project on construction of an ice arena in Kyiv for UAH 1.68 billion, the Ministry of Economic Development and Trade of Ukraine has reported. The proposal was announced by First Deputy Prime Minister, Minister of Economic Development and Trade Stepan Kubiv at the meeting of the interdepartmental commission on the issues of the investment projects headed by him held at the end of April.
The commission supported his initiative to provide the first budget financing of the project now, rather than in July, as planned, in order to begin developing project documentation and have time to prepare a project presentation for the conference in Toronto.
According to the minutes of the meeting of the commission, the funding for this project from the national budget has not yet been provided.
The executor of the project is the state-owned enterprise central training sport base Ice Stadium. Its implementation is scheduled for 2019-2021, and in 2019, it is planned to allocate UAH 5 million.