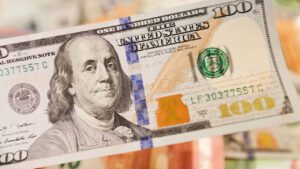 The National Bank of Ukraine (NBU) condemns the decisions of businesses and people in the current difficult situation to set prices for goods and services in foreign currencies, in particular in dollars or euros.
“Setting prices in Ukraine in foreign currency is illegal. Such actions are not only immoral in a war, but are also a direct violation of Ukrainian legislation,” the National Bank said in a statement on Thursday.
The NBU recalled that the hryvnia as a national currency is the only legal tender on the territory of Ukraine and must be accepted by all individuals and legal entities without any restrictions throughout the country and for all types of payments in accordance with Article 35 of the Law “On the National Bank of Ukraine”.
The regulator clarified that, in particular, he became aware of cases of setting prices for rental housing in euros in Ukraine, which violates the law. 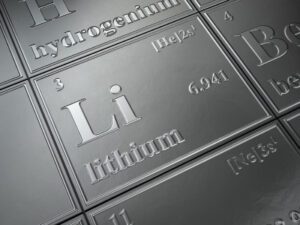 The Kyiv Economic Court denied a private company a claim for the use of mineral resources – one of the largest deposits of lithium ores in Ukraine, the press service of the Prosecutor General’s Office (PGO) has reported.
“It has been established that a private company, despite the requirements of the legislation and in the absence of a subsoil use license, without holding an auction, filed a lawsuit against the State Service of Geology and Subsoil of Ukraine seeking to recognize the right to use of the Shevchenko deposit of lithium ores in Donetsk region and remove obstacles to its use,” PGO said.
Justifying his position, the prosecutor insisted that the enterprise was illegally trying to get the Shevchenko deposit for the extraction of lithium ores.

MARKET SHARE OF ILLEGAL CIGARETTE MARKET IN UKRAINE INCREASES TO 6.9% 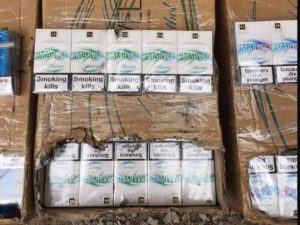 The share of the illegal cigarette market in Ukraine as of August 2020 increased to 6.9% compared to 6.6% in 2019, CEO of the tobacco company JTI Ukraine Paul Holloway has said, citing a Kantar study.
“This means that in the first eight months of this year, the national budget received UAH 4.5 billion less,” he said at a press conference at Interfax-Ukraine on Wednesday.
According to Kantar data, over the entire past year, the share of illegal trade in tobacco products in Ukraine was 6.6%, or 3.5 billion cigarettes. As a result, the national budget received UAH 4.7 billion less.
At the same time, in July 2020, Kantar estimated the volume of the illegal cigarette market in Ukraine at 5%.
As Holloway said, consumers spend about 25% of their income on cigarettes. Consequently, an increase in the price of cigarettes will lead to an increase in the illicit trade in cigarettes.
The CEO of JTI Ukraine said that legal business is losing market share in favor of illegal manufacturers and smugglers. Moreover, 75-80% of the cost of legal cigarettes are taxes, which the manufacturers of illegal cigarettes do not pay.
To fight the illegal tobacco market, the company launched the No Smuggling project, he said.
Acting Head of the State Fiscal Service (SFS) Serhiy Solodchenko said that in the first nine months of 2020, his service seized excisable goods for the amount of UAH 2.034 billion, of which about 36% in monetary terms were tobacco products.
During this period, the tax police seized 11.5 million packages of tobacco products and 164 tonnes of tobacco from illegal circulation for the amount of UAH 730.4 million. In monetary terms, this is almost twice more compared to the same period last year.

ILLEGAL LOGGING INCREASES BY SEVEN TIMES IN UKRAINE IN 2019 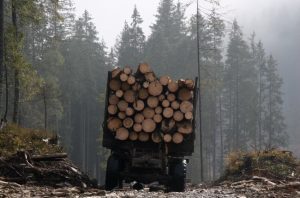 The volume of illegal logging increased 6.7 times in 2019 compared to 2018, to 118,000 cubic meters, the amount of damage caused amounted to UAH 814.2 million.
According to the released annual report of the State Forest Resources Agency, of the total volume of illegal logging within the regional forestry and hunting agencies, the figure in Kherson regional forestry stood at 51% (60,250 cubic meters) and Kharkiv region at 35% (41,060 cubic meters).
According to the State Forest Resources Agency, industry enterprises from all types of logging prepared 15.6 million cubic meters of wood in 2019, which is 5.7% less compared to 2018. This is due to low demand in the internal market.
The total volume of round wood sales to the internal market amounted to 13 million cubic meters for a total of UAH 11.7 billion in 2019, which is UAH 1.5 billion less than in 2018.
The wood processing units received 2.2 million cubic meters of wood for processing in 2019, which is 1.1% less than in 2018.
The State Forest Resources Agency said that the area of solid loggings amounted to 40,100 hectares in 2018. Forests were recreated on an area of 42,000 hectares (new forests on area of 2,200 hectares) in 2019. 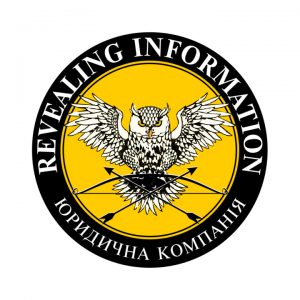 Nationwide legal association Revealing Information has set up the Business Support Center. The Center will provide businesses with support to fight illegal seizures, which have become a burning issue during the emergency situation and quarantine.
According to the Justice Ministry, the number of illegal seizures through making amendments to state registers has increased by 16 times during the quarantine.
Managing Partner of the Revealing Information Law Firm Oleksandr Keyer said that today both the society and businesses experience an intensive turbulence. 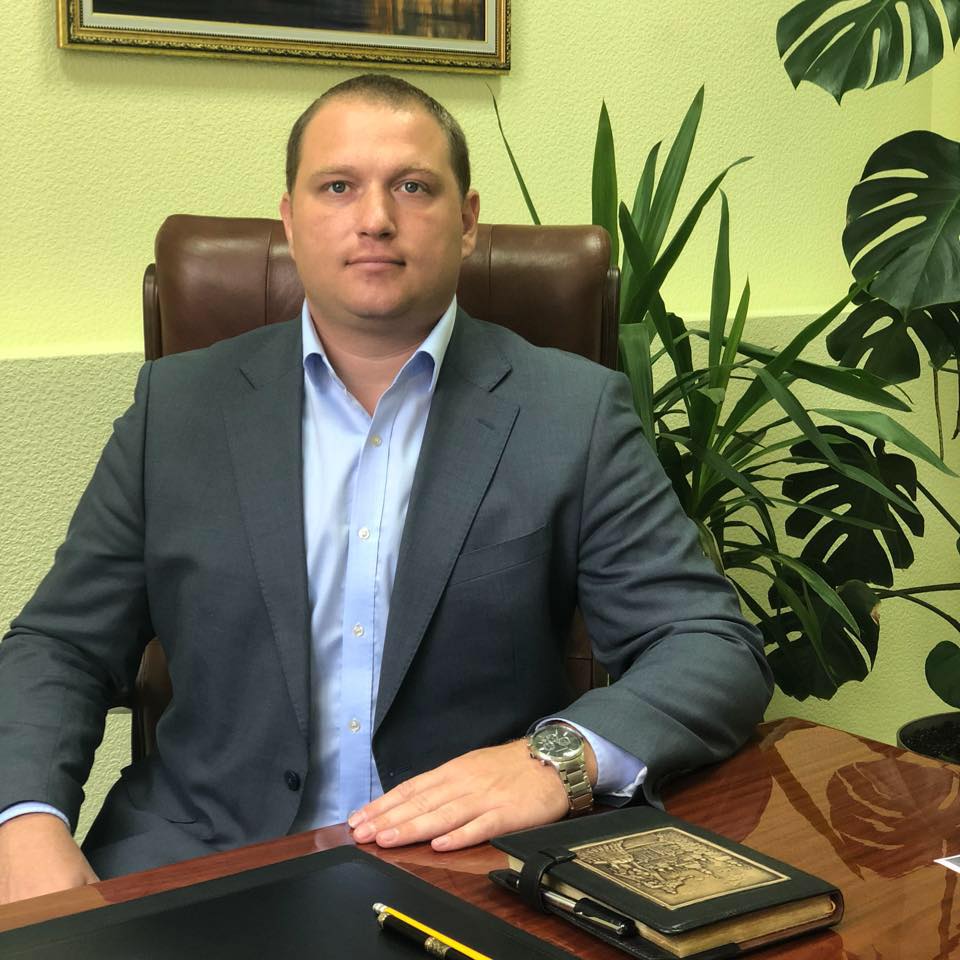 “The number of fraud cases is growing in Ukraine. The Justice Ministry has officially reported an increase in the number of illegal seizure attempts by dozens of times. We also can see such a trend. The situation is getting even worse due to uncertainty about the coronavirus (COVID-19) disease and its influence on business and economy. We are doing the utmost to stay one step ahead and, in particular, for this reason our company has set up the Business Support Center right now,” Keyer said.
The Business Support Center of the Revealing Information Law Firm will provide services to protect businesses by all available legal means, including security and prevention measures, represent them in court, provide them with legal support while concluding agreements during the quarantine, and so on.
Revealing Information is a nationwide legal association of broad-based experts providing services to protect the rights of victims of all types of offenses, fraud and banditry.
The association’s services include legal business support, analytical and information work, security measures to counter raiding, customer support in criminal, commercial and civil disputes, and more. 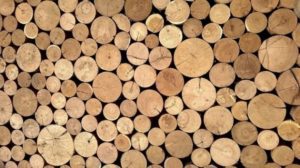 The sale of wood without electronic centralized records will be considered illegal from April 2020 and will be subject to additional checks by law enforcement authorities, Head of the State Forest Resources Agency Andriy Zablotsky has said. “95% of all wood logged by forestry enterprises in Ukraine is subject to electronically record-keeping. With dry figures, this means that 526 permanent forest users are connected to the electronic centralized records, of which 341 are state-owned enterprises, organizations and institutions, 144 are municipal enterprises and 41 are forest users who belong to other organizational and legal forms of management,” he wrote on his Facebook page.
According to Zablotsky, the remaining 5% are individual municipal and private enterprises that are in the process of training and connecting to the electronic centralized records. He reminded that previously only forestry enterprises managed by the State Forest Resources Agency worked in the electronic record-keeping system.
The head of the State Forest Resources Agency said that access to the unified public system of electronic record-keeping of wood was provided to the Ministry of Internal Affairs, the National Police, the State Fiscal Service, the Security Service of Ukraine and other public bodies so that they had the opportunity to verify the legality of wood transportation. The public can verify the legality of logging through the Forest in a Smartphone system and the legality of its transportation by tag number, consignment notes and the vehicle, he said.
“Starting in April, the sale of wood without electronic records will be considered unlawful and will be subject to additional checks by law enforcement agencies,” Zablotsky said.
The State Forest Resources Agency is also preparing amendments to the legislation regarding the criminalization of trade in illegally logged wood and the inaccuracy of information entered into the electronically record-keeping system.
In addition, according to the head of the State Forest Resources Agency, it is planned to resolve the issue of full certification of wood products, so that there are no legislative gaps when individual wood products are exported from Ukraine without certificates of origin.
“Often there are questions both from trading partners and from society that such products are made from wood of dubious origin,” Zablotsky said.