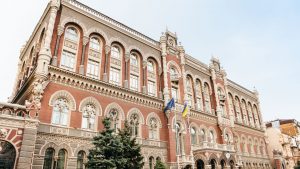 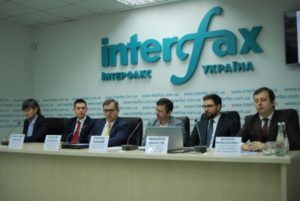 The MoneyGram international payment system jointly with Industrialbank (Kyiv) have launched the Account Deposit project, under which clients of 55 financial institutions in Ukraine, which are partners of the payment system, will be able to receive money remittances to the current account or card account from anywhere in the world, Board Chairman of Industrialbank Mykhailo Bukreyev has said.
“This product is innovative for our market, in fact, it allows minimizing both financial costs and the time spent,” he said at a press conference at Interfax-Ukraine in Kyiv on Tuesday.
At the same time, he said that the Account Deposit project has been operating in test mode since November 2019.
MoneyGram Regional Director for Russia, the CIS, and Baltics Evgeny Butyugin said at the press conference that Ukraine is a dynamically developing market for money transfers. He recalled that according to the National Bank of Ukraine (NBU), in 2018, the volume of transfers amounted to more than $11 billion, and according to the World Bank, this figure amounted to more than $14 billion.
“Part of our strategy is to develop digital channels [for money transfers] in the country,” Butyugin said.
According to him, the partner of the Account Deposit project was chosen among the existing agents of the payment system in Ukraine.
“We have chosen our colleagues – partners from Industrialbank. The bank fully complies with the requirements of the American global public corporation. Firstly, they successfully passed a compliance audit. Secondly, we were able to agree on mutually beneficial commercial conditions. Thirdly, I would like to note the involvement of both the bank management and the project team in this project, thanks to which we were able to jointly be the first to launch this product on the Ukrainian market in the shortest possible time,” Butyugin said.
At the same time, he said that low tariffs are thanks to the use of digital service channels, which reduce the costs of both MoneyGram and Industrialbank.
According to Head of the Banknote Banking Department of Industrialbank Andriy Lvov, to make a money transfer, the client just needs to have a current or card account in the bank, he or she does not need to come to the office. According to Lvov, transfer fees under the Account Deposit project range from 0.5% to 2% of the transfer amount.
“Our plans are to take a market share of 5% of all transfers in Ukraine,” Lvov said asked about plans for the development of the Account Deposit project.
Industrialbank was founded in 1990. In December 2017, it was merged with Express Bank.
According to the NBU, on October 1, 2019, in terms of total assets (UAH 4.645 billion), Industrialbank ranked 28th among 76 banks operating in the country.
MoneyGram International, founded in 1940 in the city of Minneapolis (the United States), is one of the leaders in the global money transfer market. Its network consists of more than 357,000 branches, including retail chains, financial institutions and national postal services in more than 200 countries. The company has more than 14,000 branches in Ukraine.