7% OF UKRAINIANS HAD INFLUENZA SINCE BEGINNING OF EPIDEMIOLOGICAL SEASON 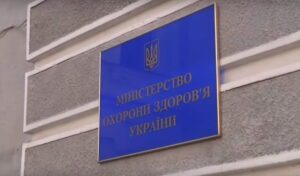 Since the beginning of the epidemiological season, which started on October 4, 2021, until December 19, 2021, about 7% of Ukrainians have had flu and acute respiratory viral infections (ARVI), including COVID-19, the Public Health Center (PHC) at Ukraine’s Ministry of Health reported on Wednesday.
“In general, since the beginning of the epidemic season, from October 4 to December 19, 2021, some 7.0% of the country’s population has been ill [influenza and ARVI],” the message says.
The Public Health Center reported that during the specified period 3,220 Ukrainians fell ill with influenza-like diseases, 5,344 – with severe acute respiratory infection. At the same time, no deaths due to influenza have been registered.
In general, throughout Ukraine, the circulation of influenza viruses has not been recorded.
“From December 13 to 19, 2021, in Ukraine, a total of 187,510 people fell ill with ARVI, including coronavirus infection, of which 50.6% are children under 17 years. Circulation of influenza viruses is not registered. Incidence rate is 496.0 per 100,000 of population, which corresponds to a low level of the epidemic process intensity. However, this is 3.6% higher than the indicator for the same period of the last season,” the PHC said.
The center said that a low level of influenza and ARVI activity during the last week was observed in 15 regions of Ukraine and Kyiv. In other regions of Ukraine, epidemic activity of varying intensity was recorded. 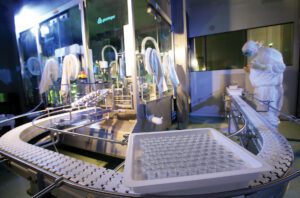 Domestic pharmaceutical manufacturers are negotiating to localize the production of influenza vaccines in Ukraine, the vaccine will be presented on the market in the first quarter of 2022, Deputy Minister of Health, Chief State Sanitary Doctor Ihor Kuzin said in an online interview with medical expert of the United Nations Children’s Fund (UNICEF) in Ukraine Kateryna Bulavinova.
“Ukrainian pharmaceutical manufacturers are negotiating to localize the production of influenza vaccines in Ukraine. It will be a tri- or quadrivalent vaccine in monodose syringes. We hope that such a vaccine will be available on the market during the first quarter of 2022,” he said.
Kuzin noted that it is also planned to purchase about 1 million doses of the vaccine.
“According to forecasts, we will have the same influenza epidemic season as last year. Since June we have been working with vaccine manufacturers and the pharmaceutical sector. Negotiations are underway to transfer a free vaccine to vaccinate health workers within the humanitarian aid framework. The amount of vaccine that will be supplied to the country for the pharmacy network will be slightly more than last year – about 1 million doses,” the deputy minister said. 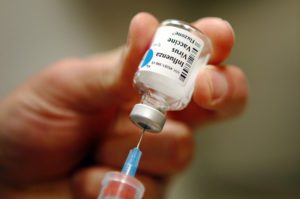 The first batch of influenza vaccines produced by Sanofi Pasteur (France) and Green Cross Corporation (Korea) in the amount of 103,55 dosages were delivered to Ukraine, the press service of the Public Health Center of Ukraine reported on Facebook.
According to the report, vaccines are currently at the stage of quality and safety control.
The approximate deadline for state quality control is October 1, 2019, after which the vaccines will be sold.
In general, Ukraine is to accept 500,000 of dosages of vaccines for influenza immunoprophylaxis.