Arsenal Insurance (Kyiv) in January-September 2018 collected insurance premiums in the amount of UAH 1.185 billion, which is 2.2% more than in the same period of 2017, according to a press release from the insurer.
According to its data, about 40% of all receipts were payments from individual users of insurance services, mainly from the owners of KASKO, OSAGO, travel insurance and property protection policies.
At the same time, the company notes a significant increase in its presence in the corporate insurance sector. In particular, the volume of insurance of property owned by corporate clients has increased, as well as the provision of health insurance services for personnel: premiums in these areas increased by 48% and 28% respectively.
During this period, insurance claim fee payments to customers amounted to UAH 309.8 million (32.8% more). Of these, KASKO payments reached more than UAH 192 million on 8,350 insured events.
Arsenal Insurance is the successor of Arsenal-Dnipro, operating in Ukraine since 2005. It owns more than 25 licenses. It is represented in all regional centers and some major cities of the country.

AXA Insurance (Kyiv) in January-June 2018 collected more than UAH 915.6 million in gross insurance premiums, which is 14%, or UAH 115 million, more than for the same period in 2017, according to a press release of the insurer. “For the first half of 2018, according to regulatory reporting, profit amounted to UAH 47.6 million. According to the standards of the AXA international group, our financial result amounted to UAH 105 million,” financial director of the company Mykola Ivaniniv said.
The company also reports that for the first six months of 2018 the volume of premiums on KASKO totaled UAH 523 million (10% more). Insurance premiums of individuals on KASKO in the total volume of premiums collected on this type of insurance are 66% (UAH 346 million). Income from voluntary medical insurance grew by 32%, premiums amounted to UAH 138 million.
Premiums for travel insurance also rose by 26% compared to last year, the total number of contracts was 60,000, the volume of insurance premiums stood at UAH 18.6 million with a growth of 60%.
AXA Insurance belongs to AXA Group (France). It has been represented in the Ukrainian insurance market since 2007. It employs more than 780 employees and has 1,220 agents throughout Ukraine. 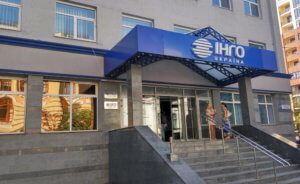 INGO Ukraine Life insurer (Kyiv) in January-June 2018 collected UAH 20.2 million of insurance premiums, which is 5.8% more than in January-June 2017, according to a press release of the insurer.
The total amount of insurance claim fee payments was UAH 6.8 million (26.4% more). Of these, UAH 624,100 were paid for deaths, UAH 2.504 million for cases of disability establishment, UAH 1.832 million for hospitalization and temporary disability, and UAH 1.749 million in connection with critical diseases.
In addition, for the six months payments were made for long-term accumulative insurance contracts related to the surviving of the insured person by the end of the insurance period for a total of UAH 70,200.
The largest payments for this period were as follows: UAH 1.498 million in connection with the establishment of the second group of disability due to a critical illness, UAH 936,000 in connection with the diagnosis of a critical illness.
INGO Ukraine Life received an unlimited license to carry out life insurance activities in November 2007. Since April 26, 2013 it has been representing the interests of Generali Employee Benefits (GEB) in Ukraine.