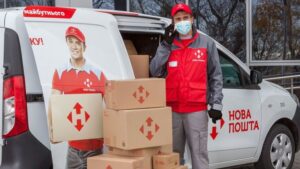 Nova Poshta Group plans to develop in the markets of Eastern Europe, the United States and China.
“Global development was in our strategy, but we met the war with only Nova Poshta Moldova and Nova Poshta Global, which served deliveries from the USA, Europe and China to Ukraine. This is clearly not enough. We have learned this lesson and will soon become much more global. Since early March, we have been studying markets that are potentially interesting for us,” founder and co-owner of Nova Poshta Viacheslav Klymov said in an interview with the Ukrainian edition of Forbes.
According to him, the company is analyzing Eastern Europe, the countries where the Ukrainians went, as an area for expansion. Also, Nova Poshta is interested in the United States and China.
“About 75% of our network is franchisees in small towns. By the way, they have shown extraordinary resilience during this stress. Believe it or not, yesterday we gave permission to our franchisees to resume operations in Donetsk region. People are ready to work, even when next to them shelling is underway. This is a working model, we have a lot of experience in this, and this is one of the scenarios which we will go to new markets with,” Klymov said.