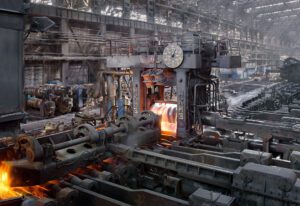 Arbitration manager Oleksiy Sokol put up in ProZorro. Sales as part of the bankruptcy of PJSC Dniprovsky Integrated Iron & Steel Works (DMK, Kamianske, Dnipropetrovsk region) its single property complex with an initial price of UAH 8.4 billion.
According to information in ProZorro. Sales, applications are accepted until July 25 inclusively, and the auction is scheduled for July 26.
The materials specify that the possibility of price reduction is not provided, the buyer will be the legal successor of PJSC DMK, which currently employs 8,772 people.
As reported, the DMK was being reorganized as part of the bankruptcy proceedings of the enterprise. In January-June of this year, the company reduced the production of general rolled products, according to operational data, by 1.4% compared to the same period last year – to 1.3 million tonnes. Steel production was kept at the level of the six months of last year – 1.31 million tonnes, pig iron increased by 3.3% – to 1.25 million tonnes, but sinter production decreased by 1.2% – to 2.1 million tonnes.
Last year, DMK increased its production of general rolled products by 13.3% to 2.54 million tonnes, steel – by 15.2% to 2.56 million tonnes, pig iron – by 19.2% to 2.36 million tonnes, agglomerate – 40.2%, up to 4.06 million tonnes.
The company is controlled by the ISD corporation which was founded in 1995. It is an integrated holding company that owns or manages stakes in mining and metals enterprises. The corporation also includes the Alchevsk Iron and Steel Works, over which control has been lost since the end of 2017, as well as the ISD-Dunaferr Iron and Steel Works (Hungary). ISD-Huta Czestochowa (Poland) was sold by the Polish authorities to Liberty Steel as part of the bankruptcy process, and ISD lost control over the enterprise. 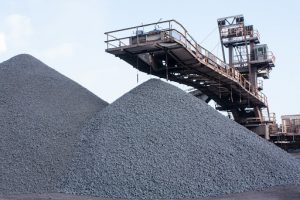 Inhulets Mining and Processing Plant (Kryvy Rih, Dnipropetrovsk region), part of Metinvest Group, in 2020 increased output of iron ore concentrate by 4% compared to 2019, to 12.858 million tonnes.
According to the audited consolidated financial results released by the company on Tuesday, work was carried out last year to modernize the transport infrastructure.
Completion of the construction of a new cyclical flow technology at Inhulets plant is planned in the second half of 2021.
The enterprise specializes in extraction and processing of ferruginous quartzites of Inhulets deposit, located in the southern part of the Kryvy Rih iron ore basin. It produces two types of iron ore concentrate with an iron content of 64.8% and 67%.
The production capacity is 14 million tonnes of iron ore concentrate per year.
Inhulets Mining and Processing Plant is part of Metinvest Group, the main shareholders of which are PrJSC System Capital Management (SCM, Donetsk, 71.24%) and the Smart-Holding (23.76%).
Metinvest Group’s management company is Metinvest Holding LLC.