UKRAINE IS NOT ONLY AGRICULTURE, METALLURGY, FOOD, IT’S ALSO IT INDUSTRY – VOLODYMYR ZELENSKY 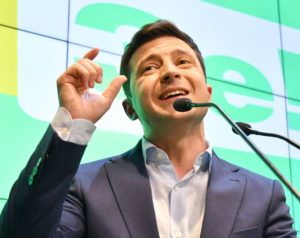 President of Ukraine Volodymyr Zelensky is convinced that Ukraine should be associated not only with agriculture, mines and metallurgy, beautiful people, nature and food, but also with the IT industry. “There has always been a vision for everyone in the world that Ukraine is, above all, agriculture, mines, metallurgists, and tourists have always said that Ukraine is very beautiful, food here is very tasty and people are very beautiful, especially women. Yes, that’s it and it remains our brand, but there are other figures that indicate that the IT industry, IT technologies and companies are developing very quickly in Ukraine,” he said during a visit to Station F, the world’s largest startup campus, in Paris.
According to Zelensky, more than 4% of Ukraine’s GDP is now formed through the IT industry. “We have about 150,000 IT specialists, startup initiators in Ukraine. I think that we will develop in this direction,” he said.
Zelensky noted that in Ukraine there is no such campus for startups yet, but they will work on it. “We have a lot of factories, which, unfortunately, do not work. We will definitely find such a large building,” he said. 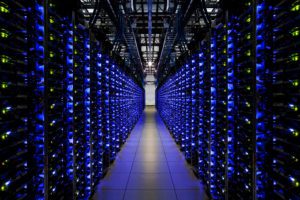 The share of IT industry of the Ukrainian economy is 4% of GDP, First Deputy Prime Minister, Minister of Economic Development and Trade Stepan Kubiv has said.
“Today, the IT sector is 4% of GDP, 150,000 employees with high wages, who form the middle class. In a year and a half they will already be 200,000,” he said at a government meeting on Wednesday.
Kubiv also said that the government intends to support investments in innovations in such areas as the agricultural and industrial complex, the IT industry, aircraft manufacturing, tourism, infrastructure and other sectors.
“Together with the National Bank, we must form the best prerequisites for creating financial projects that will create new high-paying jobs,” Kubiv said. 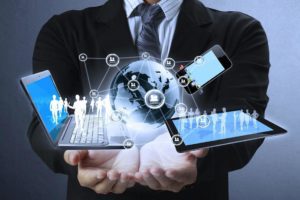 The UNIT.City innovation park (Kyiv) and Western NIS Enterprise Fund (WNISEF) have presented the detailed overview of the key elements of Ukrainian IT industry, according to which a total of 184,700 designers worked in 4,000 IT companies in Ukraine in 2018. According to the data of the App Annie research company, every fifth global company working in the field of software development for mobile platforms has an office in Ukraine, according to the overview.
According to the study of The State of European Tech 2018, Ukraine has almost 184,700 IT designers. According to the report, last year Ukrainian startups managed to attract more than $290 million of investments.
“Over the past five years, the growth pace of the Ukrainian IT industry is calculated in double digits. Every fifth Fortune 500 company uses Ukrainian IT services. Therefore, today is the best time to open or expand own innovative business here. This guide will help international partners know this to be true,” UNIT.City CEO and Managing Partner Max Yakover said.
According to the overview, the IT industry is second in Ukraine in terms of exports in 2018, while in the world Ukraine ranks 24th among the most attractive countries for software development, and in accordance with the Global Innovation Index Ukraine ranked 54th out of 126 states.
“It is necessary that international partners have as much information as possible and have access to breakthrough local startups and entrepreneurs. The technology sector is of strategic importance for the Ukrainian economy and can change how Ukraine is perceived in the world during the digital transformation,” WNISEF President and CEO Jaroslawa Z. Johnson said.
The review also indicates that there are more than 110 research and development and design centers of companies located in Ukraine. The largest R & D partner of Ukraine is the United States (45% of companies), followed by the EU and Israel. The areas of expertise of Ukrainian R & D centers cover games, e-commerce, work with BigData and artificial intelligence, telecommunications, the Internet of Things, software development and other areas.
More than half of the R & D centers are located in Kyiv, and the major research centers are also Dnipro, Lviv, Kharkiv, Odesa and Vinnytsia.
As reported, the UNIT.City innovation park of businessman Vasyl Khmelnytsky officially opened in April 2017 on the territory of the former Kyiv Motorcycle Plant. On its territory there are co-working space Chasopys-UNIT, UNIT Factory IT school, three laboratories, a business campus, a foundation and five accelerators. 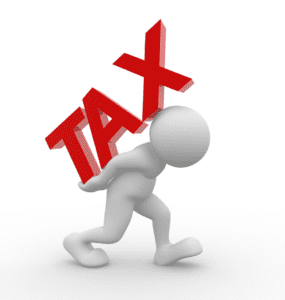 The IT industry of Ukraine will pay UAH 9-10 billion of taxes in 2018, according to a study of experts from IT Ukraine and Better Regulation Delivery Office (BRDO).
“In the first half of 2018, the amount of taxes paid by the Ukrainian IT industry increased by 30.1% and amounted to about UAH 5 billion. We predict that by the end of the year it will be UAH 9-10 billion, which will go both to the local budget and the country’s budget,” IT Ukraine said on its website, citing President of IT Ukraine, Managing director of GlobalLogic in Ukraine Ihor Beda.
IT Ukraine also said that, according to the State Fiscal Service, the amount of taxes paid by IT companies in 2014-2017 grew annually by an average of 27% and reached UAH 4.1 billion. In 2018, this trend continues.
A significant number of IT professionals collaborate with companies under contracts as individual entrepreneurs, independently paying the single social security tax. The volume of this tax, according to State Fiscal Service, amounted to UAH 3.2 billion in 2017.
According to a poll conducted as part of the survey, payment for the services of specialists is 80-85% of the costs of companies.
In addition, the importance of IT services in the structure of Ukrainian exports is growing rapidly.
“According to the results of the first half of 2018, IT services overtook pipeline transportation and became the second largest industry in the export of services – more than 20% of all exported services,” IT Ukraine said.
According to the survey of companies, revenues of the domestic IT business are predominantly of foreign origin – Ukrainian developers cooperate with the United States, the U.K., Germany, Canada, Israel, Sweden and Switzerland.
“If current conditions are maintained, the growth rate of the IT industry in the coming years will be 20-25%. But Ukraine’s potential in the field of IT products and services is much more… The growth of the industry by 25-30% is possible in the near future if the government and the state will focus on priority sectors and will start to solve urgent problems in a comprehensive manner,” Head of Epam Ukraine Yuriy Antoniuk said, being quoted in the IT Ukraine report.
He said that the pressing challenges of IT business in Ukraine are: employment of foreigners, the development of human capital and education, the elimination of obsolete legislative barriers, the development of the ecosystem and the creation of technology parks.