ITALY TO CONTINUE TO RAISE FUNDS TO RESTORE BUCHA 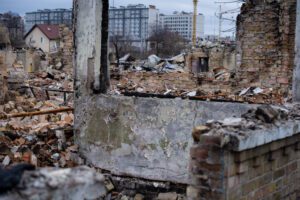 Italy will continue to raise funds to restore the city of Bucha in Kyiv region, which suffered from Russian occupiers, Mayor of Bergamo (Italy) Giorgio Gori said during a meeting with Minister of Finance of Ukraine Serhiy Marchenko and Managing Director of the Rothschild international banking group for the CIS region Giovanni Salvetti.
As the Ministry of Finance pointed out in a press release on the website on Wednesday following the meeting, in April 2022, the Italian humanitarian organization Cesvi, headquartered in Bergamo, allocated the first EUR 500 million for the restoration of Bucha, and Gori confirmed its readiness to raise funds in the future.
The mayor of the Italian city noted that the amount of financial support for the restoration of the communal infrastructure and social facilities of Bucha will be increased through charitable contributions from private and public donors, in particular from the municipality of the city of Bergamo.
“Today, the amount of infrastructure damage reaches $104 billion, but the war is not over yet. Now, even after the victory, a difficult path for the restoration of Ukraine awaits us,” the Minister of Finance of Ukraine said in turn, quoted by the ministry’s press service.
Priority areas for the recovery of Bucha are the restoration of destroyed infrastructure, housing, refurbishment of fleets of special equipment, including ambulances, fire engines and public transport, the ministry added. 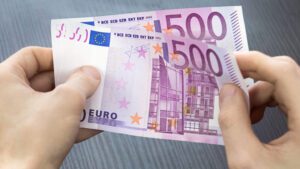 The National Bank of Italy and the National Bank of Ukraine (NBU) have launched a program for exchanging hryvnia for euros for Ukrainian refugees since June 21, the NBU press service reported on Friday.
According to the report, Ukrainians who have been granted a temporary residence permit in Italy or international protection will be able to exchange hryvnias in the amount of up to UAH 10,000 per person.
The exchange will be available at branches of the Italian Central Bank and branches of commercial partner banks (more than 400 branches throughout the country).
As reported, the hryvnia cash exchange program has already been launched in Poland, Germany, Belgium, Sweden and the Netherlands. 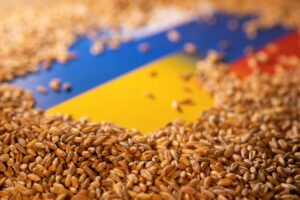 Whole Europe must unite its efforts and act boldly in order to solve the problem of safe transportation and shipment or Ukrainian grain, Prime Minister of Italy Mario Draghi has said.
“We must do everything possible to not let the situation become dramatic… To avoid… a serious crisis, we must ensure safe transportation of grain. This must not cause a global disaster. For this we must focus on how to organize grain transportation through the Black Sea. Russia, unfortunately, does not make advances. We must fight against this problem bravely and boldly, just like President Zelensky. And we, the Europeans, must act together,” Draghi said during a press conference following a meeting of the leaders of Ukraine, France, Germany, Italy, and Romania in Kyiv on Thursday.
He added that there is some time to solve this problem as “the harvest will be ready mainly in September.” 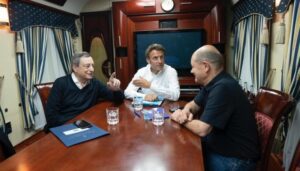 ITALY IS READY TO PARTICIPATE IN DEMINING OF UKRAINIAN PORTS 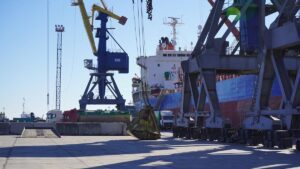 Italy, if necessary, is ready to take part in mine clearance operations at Ukrainian ports in order to ensure the exit of ships with grain from them, Italian Foreign Minister Luigi Di Maio said on Wednesday.
“We are putting pressure on the creation of sea corridors for the transportation of agricultural products from Ukrainian ports, especially grain. To do this, it is necessary to clear the sea areas near the ports, especially near Odessa,” Sole 24 Ore quoted him as saying.
“Italy has expressed its willingness to participate in demining operations. We want the UN to play a central role in conducting and coordinating operations, along with other partners such as Turkey,” Di Maio added.
He noted that the export of grain would be possible “with Russian guarantees for the safety of ships and their cargo.” 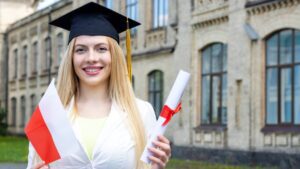 The Ministry of Education and Science says that Ukrainian students in Poland, Germany and Italy have the necessary conditions for learning.
“On April 26, 2022, the monitoring visit of the members of the Coordinating Headquarters for the Protection of the Rights of the Child under martial law to the EU countries ended … Monitoring the movement of Ukrainian children allows timely decisions to be made to protect the rights of children, organize the educational process and provide applicants with the necessary technical means,” the statement says. press release from the Ministry of Education.
It is noted that the results of the monitoring visit to Poland, Germany and Italy testify to the creation of all conditions for children temporarily displaced abroad. In particular, children are provided with the necessary means of education and continue to receive an education of the appropriate level.
“Students are involved in the educational process both in educational institutions and in institutions of Ukraine (remotely),” the message says.