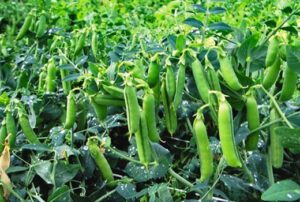 Next year KSG Agro will expand the crop rotation of winter and spring peas on a total area of 1,000-1,200 hectares, some 500-600 hectares will be allocated for each type of crop, the company’s press service said on Thursday.
“In 2022, we will expand the crop rotation with peas, which at one time were abandoned due to low prices and demand. Now this crop is interesting as an excellent predecessor of winter crops, primarily wheat, and as a protein product for our pig breeding,” the group of companies said, citing its production director Dmytro Yemelchenko.
According to the agricultural holding, a seedling of winter pea of the Serbian Moroz grade has already been planted on an area of 53 hectares, and in March 2022 a seedling of spring peas will be sown. After receiving seeds for them, KSG Agro intends to sow marketable pea crops.
The company clarified that the expansion of the pea crop rotation is not so much commercial as technical in nature.
“Let’s say that we get a low profitability of 20-30%, but at the same time we understand that we will have an effective predecessor for winter crops, on which we will receive an increase,” Yemelchenko said in a report.
The vertically integrated holding KSG Agro is engaged in pig breeding, as well as in production, storage, processing and sale of grain and oilseeds. Its land bank is about 21,000 hectares in Dnipropetrovsk and Kherson regions.
According to the agricultural holding itself, it is one of the top five pork producers in Ukraine. 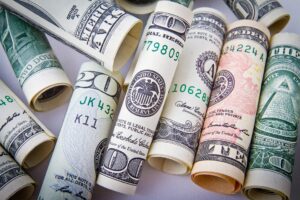 Agroholding KSG Agro in January-September 2021 increased the volume of sales of pigs in live weight by 17.4% compared to the same period last year, to 6,650 tonnes, the growth was mainly due to the renewal of livestock and changes structure of compound feed, according to a press release from the group of companies.
“We managed to significantly improve the quality of feed thanks to a comprehensive partnership program with Cargill. As part of the program, we not only improved the qualifications of our personnel, but also modernized equipment, created modern laboratories,” Board Chairman of KSG Agro Serhiy Kasianov said.
In addition, this year, KSG Agro purchased 1,000 sows of the Danish Dunbred breed as part of the livestock renewal, which increased the birth rate of piglets.
The livestock segment of the agricultural holding provides its own feed from the mill with a monthly capacity of 2,500 tonnes, which uses its own raw materials and additives-premixes purchased from Cargill.
According to Oleksandr Dolzhenko, the head of the meat department of KSG Agro, the group is currently preparing for the modernization of the pig breeding complex in the village of Nyva Trudova (Dnipropetrovsk region), the project documentation for future work has already been approved.
The vertically integrated holding KSG Agro is engaged in pig breeding, as well as in the production, storage, processing and sale of grain and oilseeds. Its land bank is about 21,000 hectares. 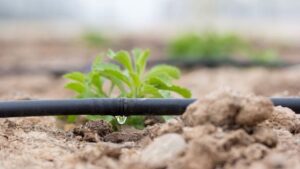 Agroholding KSG Agro has begun installing drip irrigation systems for corn crops on an area of more than 300 hectares in the village of Nyva Trudova (Dnipropetrovsk region), which will double the yield of this crop to 6 tonnes per/ ha, the company said in a press release on Wednesday.
“Drip irrigation is an opportunity to practically double the average yield even in difficult weather conditions. This was understood back in Soviet times, when the lands on which the agricultural holding’s farms are now operating were irrigated on an area of 5,000 hectares [the current land bank of the company is 21,000 hectares],” Board Chairman of the agricultural holding Serhiy Kasianov said.
According to KSG Agro, the project for the installation of U.S. irrigation systems and JCB (Turkey) and IVECO (Italy) pumping systems was developed by Technoservice (Mykolaiv). After its completion, the irrigated areas can be expanded for other crops.
The company said that it hopes for state assistance in the implementation of this project, since the draft state budget for 2022 provides for UAH 2.7 billion of financing for reclamation complexes and the maintenance of water systems.

KSG AGRO GETS RATING AT ‘UAA+’ 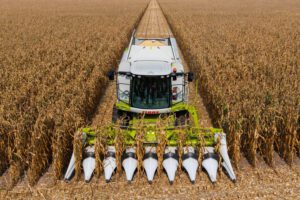 The rating agency Expert-Rating has affirmed the financial stability rating of KSG Agro SA (Switzerland), the holding company of the agricultural holding KSG Agro, at the level of “uaA+” on the national scale (corresponds to the BBB level on the international scale), the company said in a press release on Wednesday following an audit of its activities over the first half of the year.
According to the rating agency, this assessment of the company’s performance in the first half of 2021 is due to an increase in the level of coverage by its own capital of its debt obligations, the company’s profitability and a good level of its EBITDA to available loans.
“Throughout the period from June 30, 2020 to June 30, 2021, KSG Agro’s equity capital grew by 52.46%, up to $14.47 million, including due to its profitable activity and the reduction of retained loss. For the same period the liabilities of KSG Agro S.A. decreased by 12.52%, down to $55.7 million. The decrease in liabilities of KSG Agro S.A. was mainly due to selling three subsidiary companies in May, 2021,” the rating agency said in the report.
According to it, debt obligations of KSG Agro S.A. as of June 30, 2021, decreased by 12.52% compared to June 30, 2020, to $55.69 million. Long-term loans predominated in the structure of the company’s debt obligations as of that date: their volume increased by 7.52%, to $27.25 million, whiles the volume of short-term liabilities decreased by 54.19%, to $2.91 million.
The agency noted that EBITDA of KSG Agro SA in the first half of 2021 decreased by 22.49% compared to January-June 2020, to $2.69 million. At the same time, the ratio of EBITDA to its loan obligations as of June 30, 2021 decreased by 2.03 p.p. versus the same date last year, to 8.95%, which indicates the company’s ability to service its debt obligations.
The agency’s report indicated that the current macroeconomic situation in Ukraine did not significantly affect the sales volumes of the agricultural holding’s products, in particular, its revenue in the first half of 2021 decreased by 12.1% compared to the same period in 2020, to $6.81 million. During the specified period, the net profit of KSG Agro increased 48 times, to $13.7 million, mainly due to the sale of its subsidiaries.
“Therefore, according to the results of the first half of 2021, KSG Agro S.A. demonstrated high profitability indicators,” the rating agency said.
The agency recalled that the borrower or the particular debt instrument with rating “uaA+” is characterized by a high creditworthiness compared to other Ukrainian borrowers or debt instruments. 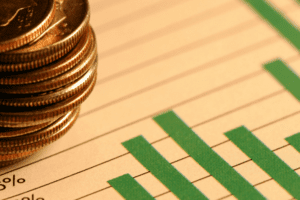 In January-June 2021, the KSG Agro agricultural holding increased its net profit 48 times, year-over-year, to $13.7 million, of which the group of companies received $12.86 million through the sale of a number of its assets.
According to the holding’s statement on the website of the Warsaw Stock Exchange on Sunday, its revenue for the specified period decreased by 12%, to $6.81 million.
“In May 2021, the group sold its subsidiaries Soyuz-3 LLC, Agrofirma Vesna LLC, UAIH Trading House LLC. Agrofirma Vesna LLC and UAIH Trading House LLC are inactive organizations. Soyuz-3 LLC is a production organization engaged in crop production, but acquired with large commitments and remains outside the group’s ownership structure until such obligations are settled,” the company said in a statement.
It is specified that proceeds from the disposal of the subsidiary company Soyuz-3 LLC (Novopokrovka, Dnipropetrovsk region) from the agricultural holding amounted to $6.5 million, UAIH Trading House LLC some $4.27 million, Agrofirma Vesna LLC some $2.01 million.
KSG Agro for the reporting period reduced gross profit by 27%, to $2.48 million, operating profit by 28%, to $1.89 million, its EBITDA decreased by 22%, to $2.69 million.
According to the statement, the company in the first half of the year reduced profit in the crop segment by 37%, to $1.46 million, in the livestock segment by 19.4%, to $ 700,000, while in the segment “other operations” (production of fuel pellets and heat energy) increased by almost 44.5%, to $310,000.
“In 2021, the group started a project to gradually renew the sow population in Ukraine to increase the birth rate of piglets. To this end, the group is negotiating with Suisag, a Swiss pig genetics company, and Genesus, a Canadian genetic company. As of the date of these financial statements, the group expects to receive first batches of sows from Genesus,” the company said in the statement.
The agricultural holding said in the report that it is considering an international investment project with several partners to build a breeding pig farm in Kazakhstan for 50,000 pigs with an estimated total cost of EUR 30 million.
At the same time, KSG Agro said the total debt of the group of companies in U.S. dollars as of June 30, 2021 decreased by almost 44.5%, year-over-year, to $15.3 million, while it increased from UAH 82,000 to UAH 14.8 million
“In 2020, the group has already managed to increase its net current assets from negative $23.5 million as of January 1, 2020 to negative $6.3 million as of December 31, 2020. The group plans to complete the second phase of the process by the end of 2021, bringing net current assets to a positive value. As of June 30, 2021, the total balance of ‘other financial liabilities’ compared to December 31, 2020 decreased even more,” the group said.
According to the report, the majority shareholder and head of the board of directors of the agricultural holding KSG Agro Serhiy Kasianov, who owns it through Olbis Investments Ltd. (Panama), on August 2, sold 1 million shares (6.66%) of the group of companies to two legal entities with Polish jurisdiction, after the transaction, the share of Olbis Investments Ltd. amounted to 57.96% of the charter capital.
The vertically integrated holding KSG Agro is engaged in pig breeding, as well as in the production, storage, processing and sale of grain and oilseeds. Its land bank is about 21,000 hectares.
According to the agricultural holding itself, it is one of the top five pork producers in Ukraine. 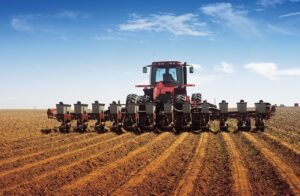