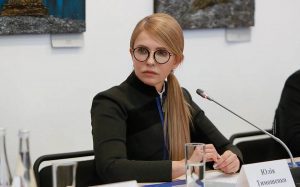 The New York-based law firm Skadden, Arps, Slate, Meagher & Flom has paid $11 million or more to avoid a lawsuit by former Ukrainian Prime Minister Yulia Tymoshenko, who blamed the firm for aiding in her political persecution, The New York Time reported on May 10. “Skadden’s Ukraine work, which has already led to federal investigations and steep fines, centered around a report produced by the firm that [former Ukrainian President] Mr. [Viktor] Yanukovych’s allies used to try to justify his government’s treatment of Ms. Tymoshenko, a leading rival of Mr. Yanukovych. She was imprisoned starting in 2011 on abuse of office charges that the international community widely condemned as politically motivated,” it said.
The New York Times said referring to people familiar with the settlement that Skadden paid $11 million or more to settle the case before a lawsuit was filed.
“Funds from the settlement appear to have been passed through [law firm] Reid Collins to Ms. Tymoshenko and [Tymoshenko’s lawyer] Mr. [Serhiy] Vlasenko. That arrangement appears to be reflected in records filed by Ms. Tymoshenko and Mr. Vlasenko with the Ukrainian government, which show that they each received about $5.5 million from Reid Collins between July and last month,” reads the article.
According to The New York Times, the records do not mention Skadden. In his filings, Vlasenko characterized the money as “foreign income.” Tymoshenko described it in a filing this month as “compensation for the damage caused by the political repression of 2011-2014, which was received in the United States at the stage of precourt settlement.”

INTEGRITES BECOMES THE ONLY LAW FIRM IN UKRAINE WITH TWO EXPERTS RECOGNIZED BY WWL: ARBITRATION 2020 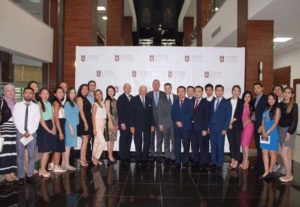 INTEGRITES becomes the only Ukrainian law firm to receive recognition of two arbitration experts out of eight representing Ukraine in the international guide Who’s Who Legal: Arbitration 2020. The recently published edition of the guide acknowledges outstanding expertise of Olena Perepelynska, partner and head of International Arbitration at INTEGRITES, and ranks her one of the leading arbitration practitioners. For the third year in a row the guide recognises Serhii Uvarov, counsel, International arbitration and Cross-Border Litigation, among Future Leaders-Non-partners – an honour that is presented annually to young experts, aged 45 or under.
Serving as the President of the Ukrainian Arbitration Association and Member of the ICC International Court of Arbitration, and having over 16 years of experience in international commercial arbitration, Olena Perepelynska is one of the leading experts in the regional arbitration community. She focuses on international arbitration and cross-border dispute resolution, with particular expertise in agribusiness, retail, and natural resources. Since 2003, she has acted as an arbitrator and counsel in more than 120 arbitrations under the arbitration rules of the ICC, LCIA, SCC, SCAI, ICAC at CCIRF, ICAC and MAC at UCCI, IAC at the BelCCI, GAFTA, FOSFA, LMAA, UNCITRAL.
Who is Who Legal: Arbitration 2020 says that Olena Perepelynska is “an eminent arbitration practitioner”, distinguished as “a very dynamic and hard-working lawyer with a strong intellect”.
Serhii Uvarov focuses on the areas of commercial and investment arbitration, arbitration-related litigation and cross-border commercial litigation with particular expertise in energy sector, including renewables. He has been involved in arbitral proceedings under the LCIA, SCC, ICC, UNCITRAL, JAMS, LMAA, ICAC at CCIRF and ICAC at UCCI arbitration rules. He has represented Ukrainian state authorities and state companies before foreign courts and international tribunals. Serhii has also advised clients on transnational insolvency, fraud investigations including anti-bribery probes and enforcement of foreign judicial and arbitral awards in Ukraine. Since 2017, Serhii has served as the Secretary General of the Ukrainian Arbitration Association.
Who is Who Legal: Arbitration 2020 says that he “has great expertise and a very strong professional track-record” in arbitration. One peer commented: “Without a doubt, Serhii is a future star of arbitration in Europe.”
***
Since 1996, Who’s Who Legal has identified the foremost legal practitioners in multiple areas of business law. WWL features over 24,000 of the world’s leading private practice lawyers and 2,500 consulting experts from over 150 national jurisdictions. WWL Arbitration lists 1926 practitioners from 1267 firms in 97 jurisdictions across this practice area. 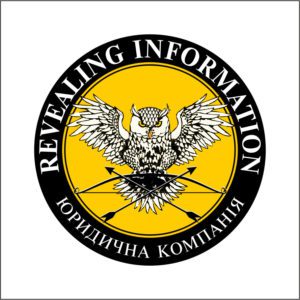 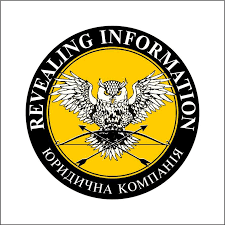 The Revealing Information (RI) law firm and LLC DTP Expert RI Group (LLC Accident Expert RI Group) have launched a project to protect motorists in accidents, and plan to make it available throughout Ukraine, the law firm said in a press release.
DTP Expert RI Group Partner Oleksandr Keer said the project is needed because of “the increasing number of cases where incorrectly filed documents about the accidents do not let objectively determine who caused them and, therefore, who should seek compensation for damages suffered in court or insurance companies.”
Practice shows that the final result on recovering property and health damage depends on how administrative offense protocols and traffic accidents reports have been drawn up at the scene of an accident. They will later be sent to the court or an insurance company, he said.
Keer also stressed that transport companies, including those in municipal ownership, can also participate in the project along with the owners of personal vehicles.
“We are faced with the fact that no one represents the interests of utility carriers in the event of an accident. The carriers are often found guilty of accidents because the second participant in the incident hires a lawyer and uses professional legal assistance. As a result, utility companies suffer significant damages,” he said.
Keer says independent technical examinations carried out after accidents often help to objectively establish the causes.
“The accuracy of the paperwork influences the final decision of the investigator, the court and the insurance company,” he said.
Keer added that the project for the protection of accident victims provides for settlement by negotiation between parties to the accident, thus avoiding lengthy consideration of the case.
He said that in European countries, representatives of law firms engaged in protecting accident victims travel to the scene of accidents. The police in such cases are not involved, he said, adding there is no such practice in Ukraine.
Keer said the project is already working in 22 regions of Ukraine. Its offices are located in regional centers, while they have the resources for rapid response and departure to the scene.
As reported, according to the National Police of Ukraine the number of registered accidents from January to April 2019 was 47,400, which was 4.2% more than in during the same period in 2018.
According to the Motor (Transport) Insurance Bureau of Ukraine, from January to March 2019 it took an average of 76 days to settle insurance claims for damage caused to property declared for compulsory insurance of civil liability of vehicle owners (from the time of the accident to the last payment).
Insurance companies over the period increased the amount of insurance premiums collected under agreements on compulsory insurance of vehicle owners’ civil liability (OSAGO) by 12.3% compared to the same period of 2018, to UAH 2.023 billion, while insurance claim payments grew by 13%, to UAH 1.022 billion. The number of OSAGO contracts, meanwhile, increased by 3.3%, to 3.364 million.
Revealing Information is an all-Ukrainian legal association of a wide range of experts providing services for the protection of the rights of victims from any types of offenses, fraud and banditry. Services of the association include legal support of business, analytical information support and investigative activities, measures to counter the illegal seizure of property, support for clients in criminal, economic and civil disputes, etc. 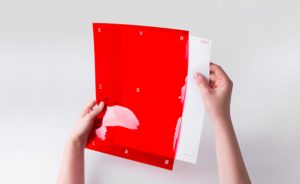 ASTERS AND EPAP FIRMS INTEND TO MERGE, NEW LAW FIRM WILL BE THE LARGEST IN UKRAINE 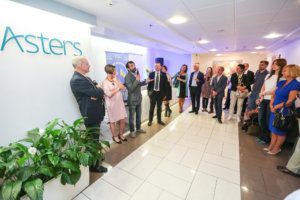 The law firms Asters and EPAP Ukraine (Egorov Puginsky Afanasiev & Partners, Kyiv) have announced their intention to unite. According to a joint press release of the companies, the firms are to merge on October 1, 2018. “The combined firm with its offices in Kyiv and Washington will be the largest in Ukraine with 26 partners and more than 140 lawyers,” the press release reports.
The company will be headed by a committee of three partners, namely Oleksiy Didkovsky (the managing partner of Asters), Armen Khachaturyan (the senior partner of Asters), and Serhiy Svyryba (the managing partner of EPAP Ukraine). “The merger process will be completed after obtaining the necessary regulatory permits. Asters and EPAP Ukraine will consolidate professional experience of the best specialists, significantly strengthen expertise in both transactional and regulatory practices, and in the field of dispute resolution,” the press release says.
The Asters and EPAP Ukraine law firms have been working in Ukraine for more than 20 years. They are the leaders of the legal market, have the highest recommendations of international and national ratings. The international rating Chambers Europe 2018 notes 22 lawyers of the future joint firm: the largest number of recognized experts in one law firm in Ukraine.