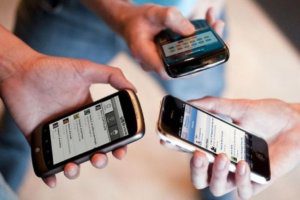 The mobile communications operator lifecell in January-September 2018 saw a rise of 76% in net loss year-over-year, to UH 570.5 million.
According to financial statements of the parent company Turkcell (Turkey) posted on its official website, lifecell’s revenue grew by 6.8%, to UAH 3.852 billion. The increase is linked to growth in profit from consumption of mobile Internet and expansion of data traffic, the company said.
Earnings before interest, taxes, depreciation and amortization (EBITDA) rose by 68.7%, to UAH 1.679 billion. EBITDA margin grew by 16 percentage points, to 43.6%.
Capital investment in January-September soared 3.38-fold, to UAH 3.099 million.
According to the report, revenue in June-September 2018 increased 9.1%, to UAH 1.367 billion.
In Q3 2018, the company’s net loss doubled, to UAH 185.6 million.
EBITDA grew by 64%, to UAH 610 million, and EBITDA margin – by 14.9 p.p., to 44.6%.
“The new IFRS (International Financial Reporting Standards) in the third quarter of 2018 had a positive impact in the amount of UAH 213 million on the company’s EBITDA,” the lifecell press service said.
Capital investments of the company during this period increased 2.46-fold, to UAH 576.8 million.
“lifecell continued to deploy 4.5G network in the third quarter, launching high-speed communication services in the 1800 MHz band on July 1, following the launch in the 2600 MHz band in March. Also, in accordance with the global strategy for developing digital services of Turkcell, the operator lifecell continues expanding the portfolio of digital services for its subscribers,” the Ukrainian subsidiary of Turkcell said.
In the third quarter of 2018, the active three month subscriber base of the lifecell operator decreased by 7.3% on an annual basis, to 7.6 million subscribers, which the company continues to explain by reducing the number of users of several SIM-cards.
Active three month ARPU (average revenue per user per month) in the third quarter of 2018 increased by 17.7% on an annual basis and amounted to UAH 59.3 compared to last year’s figure (UAH 50.4), which is associated with an increase in the consumption of data traffic, which increased by 156% per subscriber on an annual basis. At the same time, the indicator of the 12 month active MoU (minutes per user) grew by 13.7%, to 145.8 minutes.
The company also said that the three month active user base of high-speed Internet based on 3G and 4.5G exceeded 4.2 million subscribers at the end of the third quarter of 2018 and continues to grow. The penetration of smartphones in the operator’s network at the end of the third quarter was 73%. 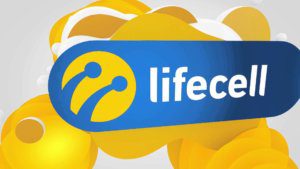 The lifecell mobile communications operator on July 1, 2018 is to launch high-speed mobile Internet using 4.5G technology (LTE Advanced Pro) in the 1800 MHz band in 232 cities and towns of Ukraine.
“Our license becomes effective on July 1. We are ready to provide 4.5G communications services in in 232 cities and towns of Ukraine,” Director of the mobile lifecell network Mahmut Ünsal Erüreten said at a press conference in Kyiv on Tuesday, adding that the company intends by the end of the year to cover 15 million of the country’s population with this service.
According to him, the company is putting into operation new towers to provide these services.
“The volume of transmitted information will be more powerful, these stations were built by our team of engineers,” he added.
CEO of lifecell Ismet Yazici, this communication standard will be presented in 17 regions of Ukraine.
According to Erüreten, the company’s investments in the launch of 4.5G amounted to $45 million. By the end of the year, another $40 million is planned to be invested.
Synchronously with the launch of the new standard of Internet services, the company in collaboration with General Mobile will bring two smartphones to the market.
“I am very pleased that we are entering the Ukrainian market jointly with lifecell. In 33 countries we were able to introduce the 3G era together,” Board Chairman of General Mobile Sebahattin Yaman said.
He said that General Mobile is entering the Ukrainian market exclusively with lifecell. 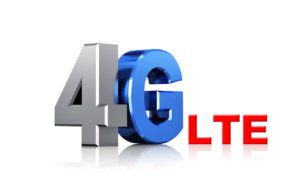 The mobile operator lifecell has begun to provide 4G (LTE) communication services in 22 regional centers, as well as Kramatorsk and Severodonetsk, while 3G + and 4.5G traffic will be charged the same way, the operator said on Friday.
“In one third of the cities, namely in Mykolaiv, Chernihiv, Zhytomyr, Rivne, Cherkasy, Vinnytsia, Severodonetsk and Kramatorsk, lifecell is the only operator that started to provide 4G communication services,” the operator said in a press release.
According to the operator, 49% of smartphones in the lifecell network support LTE technology.
4G mobile services will be provided using LTE Advanced Pro (4.5G) technology, which provides up to five times faster download speed, up to 10 times faster upload speed, as well as instant reaction of websites and applications in comparison with 3G.
To use a next generation connection, a subscriber needs to have a SIM-card with support for the 4G/LTE standard (USIM-card) and a smartphone supporting at least 4G/LTE.
“The USIM card not only supports the 4G (LTE) standard, but it also has other advantages: higher security and additional options. The main difference is larger memory, and the USIM address book can store up to 500 contacts with extended data: several contact phone numbers and an e-mail address,” the press service of the operator said.
The operator lifecell also does not plan to set a separate tariff for 4G traffic.
“3G+ and 4.5G traffic will be charged the same way. The subscribers will choose which technology to use in the phone’s settings,” the press release said.
The second wave of 4.5G deployments from lifecell in the 1800 MHz band is expected in July 2018. 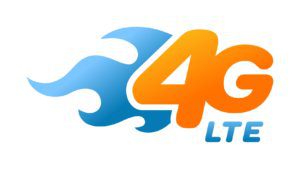 The lifecell mobile operator has begun to provide 4G (LTE technology) communications services in roaming in partner networks in 21 countries, the operator’s press service has said.
“High-speed communications of the fourth generation is automatically switched on in partner networks for all subscribers with USIM cards and smartphones that support the LTE standard,” the company said.
According to the data released by the company, there are 68% smartphone users among lifecell subscribers, almost half of which support LTE.
LTE roaming for the operator’s subscribers is open in partner networks in the following countries: Belarus, Belgium, Brazil, Bulgaria, Canada, China, the Czech Republic, Egypt, Estonia, Georgia, Germany, Luxembourg, Montenegro, Poland, Romania, Russia, Serbia, Slovenia, Spain, and Turkey.
To use LTE roaming, subscribers need to have a smartphone that supports this standard, a USIM card, and manually select a partner network in the smartphone settings during their stay in one of these countries. Tariffs for services will be in accordance with the cost of roaming in a particular country.
As reported, lifecell in 2017 received UAH 503.6 million net loss compared with UAH 928.3 million of net profit in 2016.
Turkcell (Turkey) owns 100% of the shares of lifecell LLC.