UKRAINE’S UNPROFITABLE MINES TO BE CLOSED WITHIN 10 YEARS 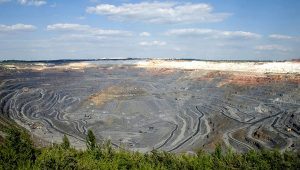 According to the draft concept for the transformation of the coal industry, all unprofitable mines will be closed within ten years, and subsidies for coal enterprises from the budget will be reduced in the coming years, First Deputy Energy Minister Olha Buslavets has said. “The concept is already completing all the approval procedures. It provides that unprofitable mines will be closed within ten years, minimization of subsidies to the industry from the national budget will take place in the coming years,” she said during the First German-Ukrainian Energy Day on Tuesday. According to her, Ukraine intends to completely abandon fossil fuels by 2070.
At the same time, referring to the European Green Deal, Buslavets said the abandonment of fossils should occur gradually, without negative impact on the economy and people employed in the industry. “It is necessary to worry so that no one is left behind, this is the motto of a fair transformation of the coal industry, laid down in the European Green Deal. It should also happen here,” Buslavets said, drawing attention to the need to “attract real material and technical assistance from Ukraine’s partners” and creating incentives for the development of new businesses in coal regions.
As reported, the draft concept for the transformation of the coal industry provides for the division of mines into three groups: the first is the mines to be integrated with PJSC Centrenergo and are its resource base. The second is dual-use mines, that is, those that extract both steam and coking coal used in metallurgy. The third group is mines, which are subject to privatization not only as coal mining enterprises, but also as integral property complexes for the purpose of re-profiling. 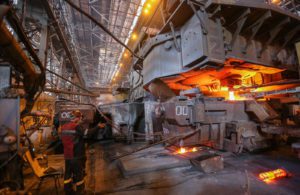