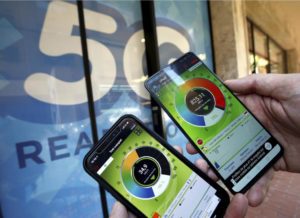 The French speed-test company nPerf has published a study of three largest mobile communications operators in Ukraine, where Kyivstar ranks first, according to a presentation on nPerf’s website. The study was conducted from July 1, 2018 to June 30, 2019. nPerf specialists in total analyzed more than 23,100 tests in 2G, 3G, 4G networks.
The number of conventional network speed tests was 10,200, the number of tests while browsing the web was 3,800, and the number of tests during streaming was almost 3,000.
At the same time, 54.9% of tests were carried out in the Kyivstar network, 28.3% in the Vodafone Ukraine network, and only 16.8% in lifecell. The success rate of tests in operator networks was 91.95%, 91.11%, and 88.05%, respectively.
According to the nPerf report, the average data transfer rate in the Kyivstar network reached 22.76 Mb/s download and 13.12 Mb/s upload, while at Vodafone Ukraine these figures were 15.09 Mb/sand 7.64 Mb/s, respectively, while lifecell has 14.94 Mb/s and 6.36 Mb/s.
Kyivstar also achieved the best result in terms of video streaming quality – 84.65% (versus 82.5 for lifecell and 73.97% for Vodafone Ukraine).
At the same time, the third largest mobile operator in Ukraine, lifecell, has the average largest delay in signal transmission – 61.65 ms. Kyivstar with 62.92 ms is second, Vodafone Ukraine is third, with an indicator of 83.92 ms.
According to the results of all tests, the Kyivstar mobile network scored 56,570 points, beating Vodafone Ukraine by almost 9,000 points. 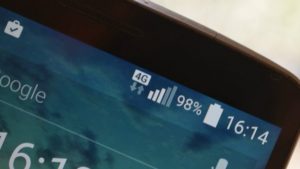 4G communication in the 1800 MHz band is currently available in 1,380 localities for at least 90% of their residents, the National Commission for Communications and Informatization Regulation (NCCR) has reported. In accordance with the list of localities provided to the NCCR by operators, 4G communications in Ukraine cover: 95 localities by Kyivstar, 1,099 localities by Vodafone Ukraine and 185 localities by lifecell. The lifecell’s press service told Interfax-Ukraine that they had submitted a list of localities with a population of more than 10,000 people to the regulator, in which at least 90% of the population is covered by 4G communication in the 1800 MHz band.
“In total, 4.5G-communication from lifecell in the 1800 MHz band is available in 5,082 settlements with different levels of population coverage,” the lifecell said, citing data as of January 11, 2019.
In turn, the press service of Kyivstar also reported that they submitted exclusively those settlements in which more than 10,000 people live.
“The company did not include localities in the rural areas and small cities with a population of less than 10,000, as these data were not requested by the regulator. As for the territory of the 4G communication network, Kyivstar now covers 3,619 populated localities,” the country’s largest mobile operator said.
Vodafone Ukraine told Interfax-Ukraine that as of January 17, 2019, 1,124 localities are connected to the 4G network, about 19 million Ukrainians live in them, but the company could not explain why the number of localities submitted to the regulator is different compared with its competitors.
Kyivstar and lifecell suggested that such a difference is due to the fact that only the towns with a population of over 10,000 were submitted, while Vodafone Ukraine presented all of the localities.
According to the regulator, mobile operators have already received more than 35,500 licenses to operate radio electronic equipment: more than 24,500for 3G/UMTS; more than 9,500 for 4G/LTE (the 1800 MHz band) and about 1,500 for 4G/LTE (the 2600 MHz band).
According to the licensing conditions, operators must ensure that 4G services can be received within 12 months for at least 90% of the population of each regional center of Ukraine, and within 42 months for at least 90% of the population of each locality with a population of more than 10,000 people except for regional centers and settlements located in the zone of environmental protection and on the areas annexed by Russia.