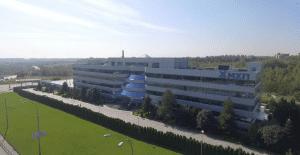 PrJSC Myronivsky Hliboproduct (MHP) has created a branch “MHP Logistics” (Kyiv), the company said in the disclosure system of the National Securities and Stock Market Commission.
“The functions that the branch will perform include all types of cargo transportation by road,” the company said.
According to the company, the decision to create the branch was made by the Supervisory Board of MHP on December 21, 2020.
MHP is the largest chicken producer in Ukraine. It is also engaged in the production of cereals, sunflower oil, meat products. MHP supplies the European market with chilled half-carcasses of chickens, which are processed, including at its factories in the Netherlands and Slovakia.

Myronivsky Hliboproduct (MHP) in July-September 2020 sold 195,120 tonnes of chicken meat, which is 18% more than a year ago.
MHP said on Wednesday that chicken meat sales grew by 2%, to 523,760 tonnes in January-September 2020.
“Third parties sales amounted to 523,759 tonnes of poultry, which is 2% higher than in 9M 2019, driven mainly by substantial increase in exports in Q3 2020 – 37% year-on-year to 108,472 tonnes due to the increased sales to MENA region predominantly as well as to Africa and CIS,” the company said.
MHP said that overall chicken meat sales volumes in Q3 2020 increased by 18% compared to Q3 2019 and by 14% compared to Q2 2020, driven mainly by the company’s strategy to decrease its poultry stocks accumulated during the preceding periods – in late 2019 and 2020.
In Ukraine, sales of chicken in the third quarter remained at the level of last year – 86,650 tonnes, and in nine months increased by 1%, to 244,740 tonnes, while the export of chicken in the first nine months increased by 3%, to 279,030 tonnes.
Notwithstanding the turbulent times, MHP continued to follow its strategies of both geographic diversification and of a product mix optimization developing partnerships across the MENA, CIS, EU and Africa countries. Total poultry exports in 9M 2020 constituted around 53%, same as in 9M 2019, of total poultry sales volumes.
Prices on the domestic market decreased by 11% year-on-year, mainly for the same reasons as export prices as well as a higher proportion of lower priced frozen chicken sales in Ukraine. The price was $1.36 per kg (VAT not included), and in 9M 2020 it was 9% lower – $1.34 per kg (VAT not included).
The prices fell both on the Ukrainian market by 7% in Q3 2020 and by 11% in 9M 2020 and on the foreign market – by 8% and 9% respectively, mainly driven by the product mix change during H1 2020 (significant decrease in sales of fillet to the EU and increased sales to MENA) and weaker prices on breast fillet in EU as many global competitors experienced reduced demand, which resulted in excess stocks.
Poultry production volumes in Q3 2020 remained relatively stable, decreased by 3%, constituting 181,661 tonnes (Q3 2019: 186,555 tonnes) mainly due to increased share of small birds production (dedicated to MENA region predominantly). In 9M 2020 poultry production volumes were relatively stable and constituted 541,592 tonnes (9M 2019: 540,133 tonnes).

Myronivsky Hliboproduct (MHP) plans to open 10-20 gastro studios Chef’s Secrets (Sekrety Shefa) in Ukraine next year, which it develops through franchising.
“This model is not as scaled as Myasomarket stores, therefore, we will try to open about 10-20 outlets within the next year,” Serhiy Ivanov, the deputy head of the board of MHP for commerce, said during the official opening of the first outlet in Kyiv.
According to him, it is planned to open such gastro studios not only in Kyiv, but also in other cities.
MHP opened its first gastronomic studio Chef’s Secrets at 22/20 Petra Hryhorenka Street in Kyiv on September 24.
MHP is the largest chicken producer in Ukraine. It is also engaged in production of grain, sunflower oil, meat products. MHP supplies the European market with chilled half-carcasses of chickens, which are processed, in particular at its factories in the Netherlands and Slovakia. 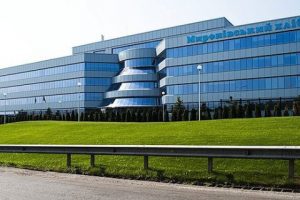 Myronivsky Hliboproduct (MHP) has announced the opening of the fifth store of a new format, Miasomarket (Meat Market), in Cherkasy on August 28, in Kropyvnytsky and Kyiv in September. According to a press release from the company, MHP intends to open about 50 stores throughout Ukraine by the end of the year. New retail outlets are already operating in Kovel, Sumy, Mykolaiv and Dubno.
“The opening of new format stores is in line with MHP’s strategy of transforming from a raw material company into a culinary one. Thus, in addition to a wide selection of fresh meat, the stores offer consumers meat in marinades, sausages and other products,” MHP said.
The agricultural holding indicated that MHP had received many applications and requests from partners to open stores of a new format throughout Ukraine.
As reported, by the end of the year, MHP intends to open new retail outlets in 20 more cities of Ukraine. The new format of its business is developing according to the franchising system. Meat Markets will be opened with both existing and new investors.
MHP is the largest poultry producer in Ukraine. It is also engaged in production of grain, sunflower oil, meat. MHP supplies the European market with chilled half-carcasses of chickens, which are processed, in particular, at its factories in the Netherlands and Slovakia. 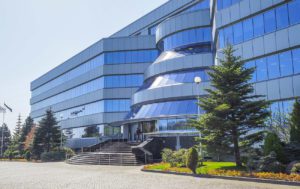 Myronivsky Hliboproduct (MHP) based on a preliminary estimate of results for the full year 2019, expects that earnings before interest, taxes, depreciation and amortization (EBITDA) is to be some 15% lower than the company’s previous guidance of $450 million provided in September 2019. According to a company report posted on the website of the London Stock Exchange (LSE) on Thursday, Three factors contributed to the weakening of profitability in the fourth quarter of 2019.
“[It is] strengthening of the Ukrainian hryvnia – as 54% of the company’s revenues are denominated in U.S. dollars, whereas most costs are incurred in UAH, the 13% strengthening of the UAH in Q4 2019 adversely impacted profits, primarily in grain growing operations (accentuated by the seasonality of operations with major expenses incurred in H1 2019),” the company said.
In addition, weak export prices – prices of chicken exports (mainly to the EU) and crops (especially corn) decreased substantially also affected the EBITDA decline. The third factor is the ban on exports to KSA – since September 2019, MHP has been banned from exporting poultry to Saudi Arabia, one of the company’s largest` export markets. MHP said that on 29 January 2020, KSA reopened its market to the import of Ukrainian poultry products (excluding products from the Vinnytsia region).
“Despite this, MHP ended the year with net debt at US$1,143 million and more than $300 million in cash. With no major debt facilities maturing until 2024, very limited short-term borrowings (around 2%) and a modest CAPEX program, it remains MHP’s policy to maintain robust cash reserves that are not materially affected by the weaker than expected financial performance,” MHP said.
The company said that the 2019 dividend is subject to the board of directors’ decision, however, taking into account the lower results, dividends are expected to be lower than last year. 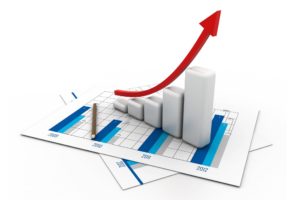 Myronivsky Hliboproduct (MHP) in July-September 2019 received a net profit of $104.1 million, while in the same period in 2018 it saw a net loss of $48.8 million.
According to the holding’s quarterly financial statements posted on the London Stock Exchange, its revenue in the third quarter increased by 26.8%, to $559.8 million, and EBITDA by 10.1%, to $109 million.
MHP’s gross profit increased by 2.2%, to $93.9 million, while operating profit fell by 43.8%, to $39.8 million.
The agricultural holding explains the net profit figures with positive exchange rate differences in the reporting period in the amount of $109 million compared to a foreign exchange loss of $88 million in the third quarter of 2018.
MHP notes that over the indicated period, export revenue reached $317 million, which is 57% of total revenue (in the third quarter of 2018 some $223 million, 57% of total revenue).