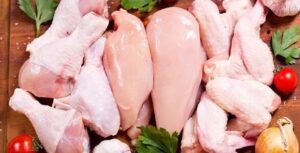 EUROPEAN BUSINESS ASSOCIATION: UKRAINE MAY BE LEFT WITHOUT CHICKEN MEAT 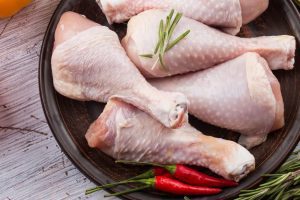 The non-approval of an order of the Ministry of Health amending the maximum residue levels of veterinary drugs in foodstuffs of animal origin by the State Regulatory Service could result in a ban on the sale of poultry meat, the European Business Association (EBA) said on its website.
The association said that on February 17, the Ministry of Health of Ukraine issued an Order amending the maximum residue levels of veterinary drugs in foodstuffs of animal origin.
The document proposes to bring the safety of poultry meat in line with European standards. The project concerns the authorization of the use of therapeutic feed additives for preventing coccidiosis. Without the proper prevention, this disease may lead to the death of 80-90% of all young birds.
The association said that as it became known, the State Regulatory Service, whose task is to implement the state regulatory policy, the policy on supervision (control) in the field of economic activity is preparing a draft refusal to this order. The draft order has already been approved by the Ministry of Economic Development, Trade and Agriculture, as well as the State Service for Food Safety and Consumer Protection.
The EBA said that the non-approval of this normative act will lead, in fact, to a ban on the sale of poultry meat both on the territory of Ukraine and abroad. After all, food products that are prohibited for domestic consumption are also prohibited for export.
The EBA has already sent a letter to the Ministry of Health and the State Regulatory Service asking them to support the proposed changes and to prevent a ban on the use of feed additives for poultry in Ukraine. This situation can lead to a loss in the total number of poultry, which in turn can lead to a sharp and uncontrolled rise in prices for this category of products.
The association said that these feed additives are not harmful to humans (including those used in European countries). However, they are very important for raising poultry and are used throughout its life cycle up to two or three days before slaughter.

Myronivsky Hliboproduct (MHP) in July-September 2020 sold 195,120 tonnes of chicken meat, which is 18% more than a year ago.
MHP said on Wednesday that chicken meat sales grew by 2%, to 523,760 tonnes in January-September 2020.
“Third parties sales amounted to 523,759 tonnes of poultry, which is 2% higher than in 9M 2019, driven mainly by substantial increase in exports in Q3 2020 – 37% year-on-year to 108,472 tonnes due to the increased sales to MENA region predominantly as well as to Africa and CIS,” the company said.
MHP said that overall chicken meat sales volumes in Q3 2020 increased by 18% compared to Q3 2019 and by 14% compared to Q2 2020, driven mainly by the company’s strategy to decrease its poultry stocks accumulated during the preceding periods – in late 2019 and 2020.
In Ukraine, sales of chicken in the third quarter remained at the level of last year – 86,650 tonnes, and in nine months increased by 1%, to 244,740 tonnes, while the export of chicken in the first nine months increased by 3%, to 279,030 tonnes.
Notwithstanding the turbulent times, MHP continued to follow its strategies of both geographic diversification and of a product mix optimization developing partnerships across the MENA, CIS, EU and Africa countries. Total poultry exports in 9M 2020 constituted around 53%, same as in 9M 2019, of total poultry sales volumes.
Prices on the domestic market decreased by 11% year-on-year, mainly for the same reasons as export prices as well as a higher proportion of lower priced frozen chicken sales in Ukraine. The price was $1.36 per kg (VAT not included), and in 9M 2020 it was 9% lower – $1.34 per kg (VAT not included).
The prices fell both on the Ukrainian market by 7% in Q3 2020 and by 11% in 9M 2020 and on the foreign market – by 8% and 9% respectively, mainly driven by the product mix change during H1 2020 (significant decrease in sales of fillet to the EU and increased sales to MENA) and weaker prices on breast fillet in EU as many global competitors experienced reduced demand, which resulted in excess stocks.
Poultry production volumes in Q3 2020 remained relatively stable, decreased by 3%, constituting 181,661 tonnes (Q3 2019: 186,555 tonnes) mainly due to increased share of small birds production (dedicated to MENA region predominantly). In 9M 2020 poultry production volumes were relatively stable and constituted 541,592 tonnes (9M 2019: 540,133 tonnes). 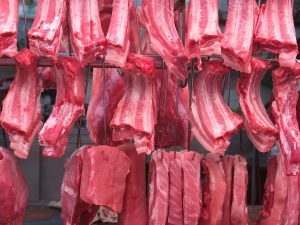