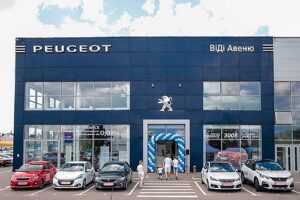 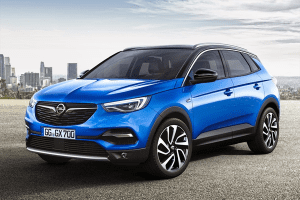 The Opel brand in Ukraine in 2020 increased sales of cars (passenger cars and LCVs) by 84% compared to 2019, to 732 vehicles with an overall decline of this market by 2.2% (to 95,500 vehicles), the press service of the PSA group’s representative office in Ukraine, Peugeot Citroen Ukraine, has reported.
According to the report, sales growth was primarily driven by well-known models of the brand: the Opel Grandland X crossover (248 vehicles sold, which is 92% more), the Opel Crossland X compact crossover (174 vehicles, twice more) and the Opel Astra sedan (156 vehicles, 28% more).
Last year, several new models also debuted on the Ukrainian market, in particular, the sixth generation Opel Corsa, sales of which began in the middle of the year, and 37 cars were sold at the end of the year.
In addition, sales of Opel Combo commercial vehicles (passenger version of Combo Life and commercial van Combo Cargo) began in 2020, of which 84 were sold.
“Thanks to the launch of the line of commercial vehicles, the Opel brand is returning to the LCV segment again as a serious player and intends to significantly increase sales in 2021,” the press service said, specifying that last year a full line of Opel commercial vehicles was presented in Ukraine: Combo Life, Zafira Life, Combo Cargo, Vivaro, and Movano.
According to the report, despite all the problems and limitations of 2020, Opel continued developing its own dealer network in Ukraine, in particular, two new dealers were opened in the autumn of the year: Addis-Motors (Odesa) and Newton (Cherkasy), which are the only representatives of the brand in these cities.
At the end of the year, the brand’s dealer network includes 11 representative offices (three in Kyiv, one each in Dnipro, Lviv, Zaporizhia, Poltava, Kharkiv, Khmelnitsky, Odesa and Cherkasy), and four service partners who can carry out service without losing the guarantee: in Kyiv (two), Ivano-Frankivsk and Zhytomyr. 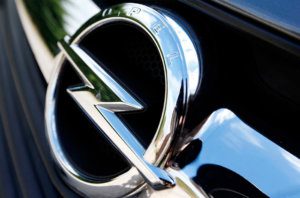 The centralized operational management of sales and servicing of Opel cars in Ukraine from January 1, 2019 will be transferred to the official importer of the PSA group in Ukraine – Peugeot Citroen Ukraine LLC.
Ukraine will be the first market in Eastern Europe where Opel will launch activities “under the wing” of the PSA, the importer said in a press release on Monday, June 25.
The company notes that after the acquisition of the Opel brand in 2017, the PSA group began implementing a new strategy for the development of the brand in the European and world markets. The new stage of development of Opel in Ukraine corresponds to the strategic “PACE!” plan, which will restore the financial framework of the brand, improve competitiveness indicators and accelerate the growth of the Opel company.
“The automotive market of Ukraine retains a high potential for further growth, which makes it a good platform for a new stage in the development of the Opel brand. With the new competitive products, offers in after-sales service and a competently built car dealership network, we intend not only to retain existing customers of the brand, but also to win new ones,” the press service quoted CEO at Peugeot Citroen Ukraine Viktor Kordylevsky as saying.
General Auto Group, part of the UkrAVTO corporation, was engaged in the official distribution of Opel cars in Ukraine since 2003.
Currently, the PSA’s brand portfolio includes Peugeot, Citroёn, DS, Opel and Vauxhall, and also the Free2Move car sharing trademark.
In 2018, PSA plans to boost its share on the market of new passenger cars and commercial vehicles in Ukraine to 6.2% against 4.63% in 2017. The share of Peugeot alone is expected to be 3.75%, and that of Citroёn 2.45% (2.75% and 1.88% in 2017, respectively).