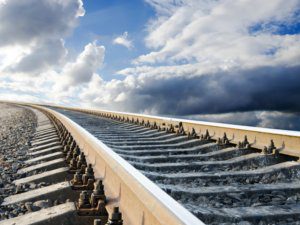 Public joint-stock company Ukrzaliznytsia since the start of the current year has expanded the fleet of its gondola cars by 1,750, including 1,300 cars built at own plants of Ukrzaliznytsia, acting Board Chairman Yevhen Kravtsov has said.
“We carried out the deregulation of the wagon component of the tariff. We keep promises and increase the fleet of gondola cars. 1,750 cars have already arrived in the regional branches, 50 more gondola cars and a fitting platform are expected at the end of June,” Kravtsov wrote on his Facebook page.
He recalled that this year, in general, Ukrzaliznytsia plans to build 3,600 cars at its own plants.
“In the near future, we will put into operation a fitting platform for the transportation of containers built at the Ukrzaliznytsia’s plant. Earlier we bought them, now we are producing them at our facilities,” Kravtsov said.
In addition, the head of Ukrzaliznytsia said that before the end of the year Paniutynsky car-repair plant plans to start the release of the most popular wagons – grain carriers.
“Design documentation is already being developed, and later we expect the first sample and tests,” he added.
At the same time, Minister of Infrastructure Volodymyr Omelyan said last week at a meeting with the European Business Association (EBA) that he does not support the independent building of the car fleet by Ukrzaliznytsia.
“We must invest in the tracks and locomotives,” the minister said, giving his vision of investment priorities.
In his opinion, private freight carriers should in