OF 39 CARDBOARD AND PAPER ENTERPRISES IN UKRAINE, MORE THAN HALF ARE NOT WORKING NOW 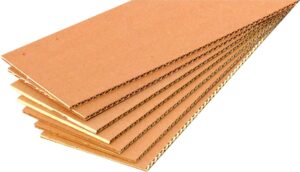 Of the 39 domestic cardboard and paper enterprises that have installed paper or cardboard machines, 23 have completely stopped their production, the rest are not working at full capacity, the UkrPapir Association told Interfax-Ukraine.
“Due to well-known circumstances, industry enterprises in the Lugansk, Kherson, Chernigov, Donetsk regions, where hostilities are taking place, as well as in the Crimea, do not work today. Enterprises that continue their production activities in difficult conditions are located in Kiev, Lvov, Volyn, Dnepropetrovsk, Khmelnitsky, Rivne, Odessa regions,” the association noted, without naming the specific names of the enterprises.
According to the interlocutor of the agency, the association continues to communicate with leading European and world companies whose activities are related to the pulp and paper industry, urging them to condemn the barbaric actions of “Putin’s bandits” in the temporarily occupied territory of Ukraine and stop all business contacts with the aggressor countries – Russia and Belarus.
“Certain results have been achieved – some foreign manufacturers of cardboard and paper products and chemical components have already terminated contracts with consumers of their products in the country of the aggressors. Sanctions are already in effect. pulp and paper, which are inferior to the quality of the previously manufactured products of the plant, while losing nominal profit. There was a shortage of cut paper for office equipment in the retail chains of the Russian Federation, its cost increased while the quality decreased,” the source said.
Among the companies that supported Ukraine in its fight against the aggressor, the association named well-known world manufacturers Kemira, Stora Enso, UPM Kymmene.
Association “UkrPapir” today unites 33 enterprises and companies, in particular 19 manufacturers of cardboard and paper products, including notebooks, paper wallpapers and printing enterprises, as well as 12 distributors and 2 suppliers and suppliers of waste paper.