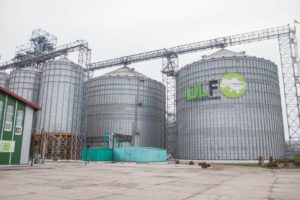 Ukrlandfarming, one of the largest Ukrainian agricultural holdings, in the framework of its vertical integration strategy retains the plan for the construction of a port for grain exports and seeks investors for this project, evaluating its value at $200 million to $800 million. “The project, which costs from $200 million to $800 million, is currently suspended, but we are actively looking for partners to join us and provide capital,” Oleh Bakhmatiuk, the owner of Ukrlandfarming, said in an interview with Die Welt.
In his opinion, the port should become the “pearl” of the company. “We hope that after the elections a window of opportunity will open and we will take a step towards investors in Europe, Asia, America, and the Middle East,” he added.
He said that after losing almost 50% of production capacity in Crimea and Donbas, Ukrlandfarming managed to significantly restore the lost production and reduce dependence on the domestic market, increasing the share of exports to 55%.
“Our strategy is to sell 70% for exports and 30% in the domestic markets, thereby reducing our dependence on sovereign risk,” the owner of the company said.
He clarified that currently Ukrlandfarming exports goods to about 40 countries and is considering access to the markets of Singapore and Indonesia. 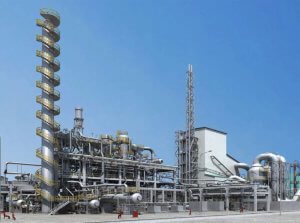 Public joint-stock company Odesa Port-Side Plant until July 12, 2018 accept applications for selecting a new partner for processing gas into mineral fertilizers on a tolling basis. “We invite interested companies to send their bids, meeting the mandatory conditions regarding the processing of tolling natural gas at the plant until 16:00 Kyiv time on July 12, 2018,” the enterprise said on its website.
First Deputy Director Mykola Schurikov said that if it is necessary to conduct preliminary negotiations, it is possible to organize working meetings with the management of the enterprise.
As reported, All-Ukrainian Energy Company won a tender to use the facilities of Odesa Port-Side Plant for processing gas into mineral fertilizers on a tolling basis in December 2017.
However, on April 30, 2018, the plant was stopped, as the company violated the contract with Ukrtransgaz.
Schurikov said that the plant in two months of cooperation with All-Ukrainian Energy Company received over UAH 140 million and saw no losses.
Odesa Port-Side Plant refers to work on a tolling basis as the only possible option for resuming its operation in the conditions of a failure of privatization attempts and accumulated debt for gas to Naftogaz Ukrainy, which exceed UAH 1.5 billion.
The State Property Fund this week announced a tender to select an adviser for another attempt to privatize the plant and solve the problem of its debts to Naftogaz and Ostchem belonged to Dmytro Firtash. The adviser is given up to six months to find a way out of the situation.