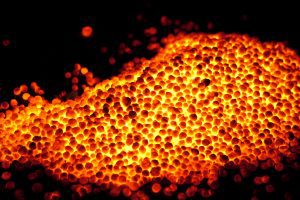 British-based Ferrexpo plc, which controls in Ukraine, in particular, Poltava and Yeristovo mining and processing plants (GOK), in January-September 2020 increased total production of pellets by 3% compared to the same period in 2019, to 8.134 million tonnes.
According to a press release, total production of pellets with 65% Fe (iron content), including a trial shipment of Ferrexpo Direct Reduction pellets with 67% Fe in the first half of 2020, amounted to 8.036 million tonnes (up by 6%) for the period, with 62% Fe some 98,000 tonnes (a decrease by 68%).
At the same time, production of pellets from third-party raw materials was not carried out.
In Q3, 2020, total pellet production decreased by 12% compared to Q2, 2020, to 2.537 million tonnes from 2.873 million tonnes due to the planned repair of the pelletiser in early September 2020. In Q3 no pellets with 62% Fe were produced.
“Ferrexpo’s operations continued to operate with minimal impact during Q3, 2020 due to the global COVID-19 pandemic. The company continues to ensure all appropriate precautions are being followed for the health and wellbeing of its workforce, including the company’s own programs testing for the COVID-19 virus and associated antibodies,” the document reads.
“The company’s additional concentrator section was completed in Q3, 2020, with commissioning and ramp up of this additional processing capacity to progress in Q4, 2020,” it says.

FERREXPO RAMPS UP PELLET OUTPUT BY 3.5% 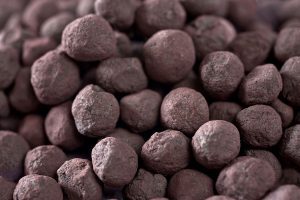 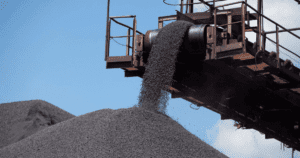 Ferrexpo mining company, with the main assets in Ukraine, increased its share in the international market of pellet suppliers to 8% in 2019 compared to 7% in 2018.
According to the company’s annual report released on the London Stock Exchange on Wednesday, March 17, Ferrexpo maintained its third position in the world ranking of pellet exporters with 10.3 million tonnes (10.2 million tonnes in 2018). Vale-group (Brazil-Oman) with the volume of 32.7 million tonnes takes the first place according to the results of the year, and the Swedish LKAB with 16.3 million tonnes takes the second place.
The Metalloinvest group (Russia) takes the sixth place with export deliveries of 7.2 million tonnes (4.2 million tonnes in 2018), the Metinvest group (Ukraine) takes the tenth place with supplies of 5 million tonnes (5.4 million tonnes in 2018), the Severstal Group (Russia) takes the eleventh place with supplies of 3.8 million tonnes (5.5 million tons in 2018).
In general, the international market for global pellet exporters at the end of 2019 is estimated at 135 million tonnes, decreased by 3% compared to 2018 (139.6 million tonnes).
The company predicted that, high barriers to entry, especially given relatively low pellet premiums, are unlikely to incentivise new pellet supply in 2020. Incumbent producers can balance supply by switching production from blast furnace to direct reduction pellets or from international export to domestic consumption. In 2020, pellet seaborne supply should not increase due to international prices moderating to historical levels and continued supply issues from Brazil. An extended period of low pellet premiums could result in some capacity reduction for producers with high pellet conversion costs. At the end of 2019, industry levels of pellet stocks were higher than the historical average and it may take some time for the market to absorb these, especially taking into account the impact of the COVID-19 virus. This could prevent pellet premiums from rising in the short term, the company said.
In 2019, Ferrexpo reduced the volume of pellet deliveries by key market regions to Central and Western Europe, as well as North East Asia (NEA), sharply increasing sales to China and Southeast Asia (SEA).
Thus, the share of pellets sales in tonnes to Central Europe is the largest one and amounted to 36% (47% in 2018). In 2019, the share of sales in Western Europe decreased from 16% to 13%, in Northeast Asia it decreased from 17% to 16%, in Turkey, the Middle East, and India sales decreased from 6% to 5%. Deliveries to China and South East Asia sharply increased from 13% to 30%. There were not any pellet deliveries to North America in 2019, while in 2018 it amounted to 1%.
In total, some 10.312 million tonnes of pellets were sold in 2019, compared with 10.227 million tonnes in 2018.
“Ferrexpo benefits from a diversified sales portfolio with leading steel mills throughout the world, while its logistics routes to customers provide a competitive advantage given Ukraine’s central geographic location. Ferrexpo’s average shipping duration to Asia is 30 days compared to its main pellet-producing competitors in Brazil (40 days), Canada (55 days) and Scandinavia (50 days). Ferrexpo is also very competitively placed in terms of shipment days to Europe and Turkey. This ensures that weakness in one region, can be compensated by sales into other regions,” the company said. 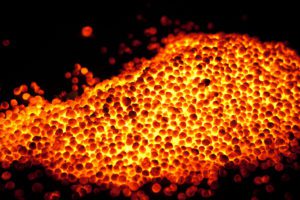 Ferrexpo Plc (the U.K.), controlling Poltava and Yeristovo mining combines, in 2018 increased total pellet production by 1.6% compared with 2017, to 10.607 million tonnes.
According to a press release of the company issued on Tuesday, over the period production of 65% Fe pellets (Ferrexpo Premium Pellets, FPP and Ferrexpo Premium Pellets plus, FPP+) totaled 9.95 million tonnes (a rise of 0.4%) and 62% Fe pellets (Ferrexpo Basic Pellets, FBP) – 682,490 tonnes (a rise of 22.2%).
Production of 65% Fe pellets from own ore was 9.824 million tonnes (a fall of 0.1%) and 62% Fe pellets – 682,490 tonnes (a rise by 22.2%).
In Q4 2018, total pellet production grew by 7.2% compared with Q3 2018, to 2.851 million tonnes.
“Total 2019 pellet production is expected to be in line with 2018 at 10.6 million tonnes as a result of ongoing maintenance,” the company said.
2018 sales volumes will be approximately 10.2 million tonnes (2017 sales volumes: 10.5 million tonnes). Sales volumes were impacted by reduced barge shipments given the low water levels on the Danube River in H2 2018. Slower than expected rail shipments in December 2018 and the timing of a capesize shipment falling into January 2019 also impacted sales volumes. The group expects these sales volumes to be caught up in H1 2019.
The group’s average received price was approximately 9% higher in 2018 compared to 2017, reflecting stronger premiums for higher quality iron ore, including higher average pellet premiums, offset by a slightly lower average 62% Fe iron ore fines price and higher international freight rates.
“The full year average 2018 cash cost of production is expected to be approximately $44 per tonne compared to $33 per tonne in 2017 due to higher energy prices and increased mining costs. Net debt as of December 31, 2018 was approximately $340 million (December 31, 2017: $403 million). The group’s cash balance as of December 31, 2018 was approximately $60 million while undrawn available debt facilities amounted to $205 million, the press service said.