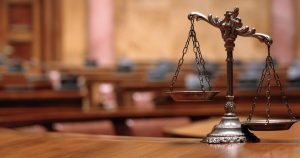 The perception of Ukraine in the United States is balancing on the verge of positive and negative impressions, when the fascination with promising human potential, the desire for freedom and European choice is overshadowed by constant references to the level of corruption and various political twists and turns, according to the analytical report Perception of Ukraine Abroad, carried out by the Ukrainian Prism Foreign Policy Council and commissioned by the Ukrainian Institute. “In general terms, conventionally political narratives significantly prevail over cultural ones, and the perception of Ukraine is formed either in the context of current political news [which are often associated with Russia], or through the prism of the Soviet past,” according to the analytical report, presented at a press conference in Kyiv on Wednesday.
Maidan/Euromaidan, an attempt to annex Crimea, information war, corruption, revolution, war with Russia, oligarchs, and “Trump-Zelensky scandal” often arise among associations from the political level. Among the cultural associations, people mainly name vyshyvanka (embroidered shirt), borsch (traditional dish), the Kyiv-Pechersk Lavra, traditions, modern literature, and architecture.
It is noted that respondents emphasized little general awareness of Ukrainian culture among Americans in the United States and blurred images. Awareness of the cultural diplomacy of Ukraine in general is also quite low.
The findings of the analytical report on the perception of Ukraine in Turkey indicate the limited (sometimes on the verge of lack) knowledge about the history, culture, art of Ukraine, and the basic knowledge concerns political events at the present stage.
“The traditional perception of Ukraine as part of a wider post-Soviet space [which is gradually changing] and a clear link to Russia [in different contexts – from a common cultural heritage with Russia and a professional art and scientific school to the complete opposition of two political cultures and the struggle for independence from Moscow],” the report said.
Attention is also drawn to the insufficient presence of Ukrainian topics in the Turkish media, public space, and expert and academic circles amid a powerful propaganda work on the part of Russia. In addition, the report notes the positive attitude of Turkish citizens towards Ukraine and Ukrainians and the openness of all respondents to new knowledge and experiences related to Ukraine, interest in developing cooperation, and readiness for further mutual understanding.
The findings of the analytical report regarding Japan indicate that there is a general low level of awareness about Ukraine in Japan, which was mentioned by almost every respondent.
“Due to limited information about Ukraine and a low level of awareness of Ukrainian culture and history, perceptions of Ukraine in Japan are often sufficiently formed through the Russian context,” the report said.
In particular, some items of Ukrainian culture are attributed to Russia, for example, respondents often emphasized that in Japan borsch is often considered Russian.
In addition, the events of 2014 in Crimea and Donbas, as well as the war with Russia, which continues in eastern Ukraine, in a certain way influenced the perception of Ukraine as an unstable state with a problematic state of security. One of the cornerstones in the perception of Ukraine is the topic of Chornobyl in connection with the understanding of the scale of the tragedy and its “proximity” to the accident at the Fukushima-1 nuclear power plant in 2011.
At the same time, negative associations around the war and Chornobyl are balanced by the positive attitude of the Japanese towards Ukrainians as friendly people with a light character.