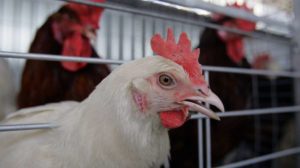 Myronivsky Hliboproduct (MHP) has announced that it has reached a final settlement price of EUR 221.095 million with Slovenian Steel Group (SIJ) to acquire Perutnina Ptuj, a leading poultry meat and a meat-processing company headquartered in Slovenia.
According to a company report, the price per share is EUR 22.34. SIJ held 9.897 million shares in the Slovenian company. The acquisition was completed in February 2019 subject with final purchase price defined based on audited financial statements of 2018. MHP has now completed this process and has today confirmed a 90.69% stake in Perutnina Ptuj.
“The company is undertaking a full assessment of Perutnina Ptuj’s production facilities and will reveal a full modernisation plan later this year during roadshow/meeting with stakeholders both in Slovenia and London together with top management of both companies,” MHP said.
MHP is the largest poultry producer in Ukraine. It also deals with production of grain, sunflower oil, meat goods.