DONBASENERGO COUNTS ON IMPROVEMENT OF RULES ON POWER MARKET 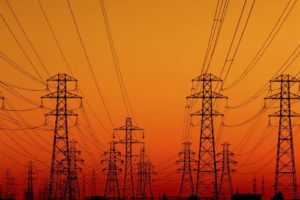 PJSC Donbasenergo counts on continuation of initiatives of the regulator, profile ministries and the Verkhovna Rada committee to introduce the best global practices in the operation of the new electricity market, which would allow stabilizing the operation of electricity generating companies. According to a press release of the company, Donbasenergo notes the importance of the initiatives already implemented regarding price adjustment in the balancing market, which made it possible to provide this service without incurring losses.
“At the same time, the market situation for electricity generating companies remains difficult, in particular, only in December, the company’s losses amounted to UAH 130 million,” the company said.
Donbasenergo expressed the hope that the Ministry of Energy and Environment Protection, the regulator, the Verkhovna Rada committee on energy, housing and utilities will continue implementing the best global practices, and companies operating in the electricity generation market will be able to avoid artificially lower prices as well as unprofitable work in the future,” the company said in the press release.
Donbasenergo operates Starobesheve (located in the occupied territory) and Sloviansk thermal power plants (TPPs).
PrJSC Energoinvest Holding owns 60.86% of shares in Donbasenergo, and the state holds 25% of the shares in the company. 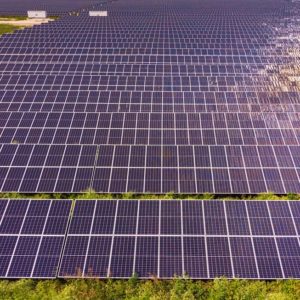 Ukraine needs to quickly add 2GW of maneuverable electricity generating facilities to balance the Ukrainian power grid in the conditions of the rapidly growing renewable energy sector, which will require around EUR 1.2-1.4 billion, Business Development Director at Wärtsilä Energy business in Eastern Europe Igor Petrik has said.
“The introduction of 2 GW of highly maneuverable generating capacities gives the highest economic effect for the power system,” he wrote in an article published on the Energy Reform resource.
Petrik said that the calculations were made for gas generator stations. According to him, energy storage systems based on batteries at current equipment prices are not so effective. According to the experience of other countries, the most common option are projects of gas generator stations with a capacity of about 100 MW and a cost of EUR 60-70 million, the expert said. According to him, their gas consumption will be “insignificant” – about 40 million cubic meters per year for the installed capacity of 2 GW.
According to Petrik, the introduction of highly maneuverable generation will help reduce the use of the “hot” reserve of thermal power plants by 12.5 billion kWh per year and the volume of coal-burning generation by 4.2 billion kWh per year. As a result, the total reduction in coal consumption will be 3 million tonnes, CO2 emissions will decrease by 7 million tonnes a year.
He added that the volume of renewable energy restrictions could be reduced by more than three times – from 6.5 kWh to 1.9 billion kWh per year, and the overall reduction in operating costs of the power grid – by EUR 300 million per year.
In the current situation, the expert said that renewable energy restrictions may increase to 30% of production during 2020, with fees of EUR 580 million per year for limited energy. Petrik said that such restrictions could arise provided that the installed capacity of the solar power plants and wind farms by the end of 2020 would increase to 7.5 GW and the existing feed-in tariffs and priority dispatching of cheaper energy, such as nuclear energy, would remain. 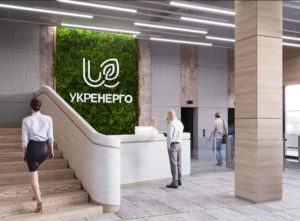 National Energy Company Ukrenergo has presented the Market Management System platform for two new segments of the wholesale electricity market (the balancing market and the ancillary service market), which has been functioning in the test mode since December 2018. “Now we are trying to organize the schedule of our work in such a way as to create minimally sufficient functionality for launching a new market on July 1,” Ukrenergo CEO Vsevolod Kovalchuk said at the presentation on Tuesday.
He recalled that the platform developers intend to suspend work due to slippage in the payment schedule: the Energy and Coal Industry Ministry stopped agreeing on payments after the reassignment of Ukrenergo to the Finance Ministry.
Kovalchuk expressed hope that the problem will be resolved in March. To this end, the Finance Ministry and the Justice Ministry will prepare draft amendments to a resolution of the Cabinet of Ministers and the contract of Ukrenergo with a consortium of contractors. Approval of the changes will allow transferring the payment approval functions of Ukrenergo from the Energy and Coal Ministry to the Finance Ministry, which will unblock the payment process for software being developed for the new wholesale electricity market, the head of the transmission system operator said.
Currently, the Market Management System platform operates in test mode. The players of the energy market – producers, electricity suppliers and distribution system operators – are being registered. Data on consumption and transmission of energy is collected for the development of mathematical models that will allow forecasting misbalances in the market of electricity (the difference between predicted and actual consumption).
According to Ukrenergo, today the level of filling the platform with data is insufficient, so the indicators in it are not relevant.